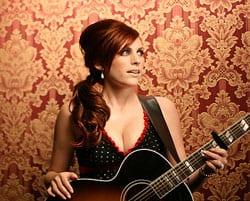 George Canyon, Jessie Farrell and Aaron Pritchett will perform at this year’s Canadian Country Music Awards, to be held Sept. 13 in Vancouver, BC. This year’s CCMA Award nominees will be announced at a media conference in Toronto, ON, on Wed., July 29.

The show will be broadcast nationally on CBC TV with encore airings on CMT in Canada. Tickets are available via Ticketmaster.