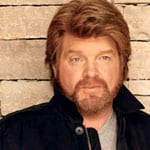 I love a good cry.

There’s something so purifying and soul-cleansing about it. And it has long been my contention that people love to weep as much as they love to laugh when consuming popular culture. Think of every sad movie you’ve ever cherished.

At any rate, Mac McAnally opened my tear ducts this week. And for that he gets a well-deserved Disc of the Day.

I’m pleased to report that Mac’s “You First” is but one of many extremely well written songs in this stack of platters. Give a listen to Fernando Ortega’s 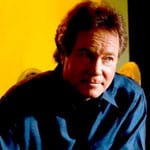 “Honkytonk & the Altar,” Bucky Covington’s “I Want My Life Back,” Jayne Nelson’s “What it Really Is” and Carla Williams’s “Every Word You’re Thinking” for more examples of fine craftsmanship.

And most especially, listen to Wyatt Easterling’s excellent “Where the River Goes.” Give that man a DisCovery Award.

MAC McANALLY/You First
Writer: Lenny LeBlanc/Mac McAnally; Producer: none listed; Publisher: LenSongs/Wordfarmer, ASCAP; Show Dog Nashville
—I have always been a major Mac fan. This gentle meditation tugs at every heart string you have. I was blubbering openly by the time he reached the tender finale. An awesome little piece of work.

FRANK ORTEGA/Honkytonk & The Altar
Writer: Phil O’Donnell/Kelley Lovelace/Tim Owens; Producer: Phil O’Donnell; Publisher: none listed; Villa One/Quarterback (www.frankortega.com)
—What a cool song. “Before you point that finger, don’t bother/We all fall somewhere between the honkytonk and the altar.” The production is absolutely perfect, and he sings it with immense heart. Deserving of massive spins.

BUCKY COVINGTON/I Want My Life Back
Writer: Frank Myers/Anthony Smith; Producer: Mark A. Miller & Dale Oliver; Publisher: Sixteen Stars/Frank Myers/HoriPro/Grand & Gee, BMI/ASCAP; Lyric Street
—I’ve always liked the husky/raspy quality in his voice. This well-crafted cautionary tale suits him just fine, despite the fact that the bridge is way in the upper reaches of his range.

JAYNE NELSON/What It Really Is
Writer: Michael Higgins; Producer: Mark Oliverius; Publisher: Handhewn, ASCAP; Funky Gorilla (www.jaynenelson.com)
—Another fine story song. She sounds more “country” in her alto register in the verses. Her soprano in the choruses is more Broadway than Lower Broadway. But the whole thing remains a heartening listening experience. Her first name is pronounced Jay-nee, by the way. It says so on the back of the record.