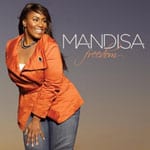 The presence of legends such as The Lewis Family and The Easter Brothers, plus the ultra-popular Chris Tomlin, cannot dim the shining stars of Mary Mary and Music City’s own Mandisa. To the last-named we offer a Disc of the Day award.

We hope your Gospel Music Week is a dandy celebration.

MARY MARY/God In Me
Writer: Warryn Campbell/Erica Campbell/Tina Campbell; Producer: Warryn Campbell; Publisher: EMI April/Wet Ink Red/That’s Plum/It’s Tea Tyme, ASCAP; Columbia (track)
—I love this R&B duo. These ladies have been locked in the top-10 on both the CCM and Gospel charts for two months with their The Sound CD. This new single features the team being joined by hip hopper Kierra “Kiki” Sheard, who has her own solo hit, “Praise Him Now.” The beats and raps here are the equals of anything on the mainstream charts. “God in Me” is the follow up to Mary Mary’s more melodic hit “Get Up.” One clever audio devise is a deep radio voice announcing, “You’re listening to The Sound” in between the album’s tracks.

CHRIS TOMLIN/I Will Rise
Writer: none listed; Producer: none listed; Publisher: none listed; Sixsteps/Sparrow/EMI CMG (track)
—Tomlin won at last night’s (4/23) Dove Awards for his contributions to Contemporary Gospel Recorded Song and Special Event Album, and his Hello Love album is selling like hotcakes. Currently No. 2 on the CCM chart, it is bound to pick up even more steam as this new, yearning ballad gets more and more spins. The sweet tenor vocal is backed by a chiming piano and billowing strings.

MANDISA/My Deliverer
Writer: none listed; Producer: none listed; Publisher: none listed; Sparrow/EMI CMG
—This Nashville resident and Fisk graduate rose to fame on  American Idol in 2006. A year later, the Christian community threw its arms open wide for her debut album, True Beauty. Last year, she issued a sterling Christmas collection. Freedom was issued last month, and this is its jubilant, sunshiny debut single. The uptempo bopper is presently chugging its way up the charts toward the top 10, and deservedly so. She sings her face off, and the track rocks. This is the sound of stardom.

JEFF & SHERI EASTER, LEWIS FAMILY & EASTER BROTHERS/They’re Holding Up The Ladder
Writer: Russell Easter/James Easter/Edd Easter; Producer: Jeff & Sheri Easter; Publisher: EBEA, BMI; Daywind (track) (www.jeffandsherieaster.com)
—My introduction to bluegrass gospel was the wildly entertaining Lewis Family, and this song was/is my favorite of theirs. I didn’t know it was an Easter Brothers song until just now. So here’s the deal: Jeff Easter is the son of James Easter, and his wife Sheri is the daughter of Polly Lewis. We Are Family is an album that celebrates and combines the clans. I grinned from ear-to-ear at its sublimely country sound.

CHRISTY SUTHERLAND/You Can Get There from Here
Writer: Kyle Matthews/Christy Sutherland; Producer: Christy Sutherland; Publisher: Universal/Cumberland Belle/Mattmoosic/Country Drive, ASCAP/BMI; CS (track) (www.christysutherland.net)
—Christy was previously noted on Music Row as a country artist for Sony and Giant. Since her marriage to Matt Dudney, she has charted a new course. With Matt managing, she has been making inroads as a Christian artist with a 2008 Christmas project and two self-produced EPs, You Call Me Yours and You Can Get There from Here. On the title tune to the last-named, she sings soulfully of surviving adversity, picking yourself up after a fall and looking to brighter days. Considering her musical history, I have to think this is more than a little autobiographical. The piano work, guitar playing and other instrumental work here is sterling, but it’s her strong, true singing voice that commands your attention. For those of you needing a nudge, Matt is the son of Ken Dudney and Barbara Mandrell, both of whom are duly thanked in the liner notes.