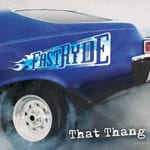 Good luck picking your playlist out of this stack of excellence.

All 10 of these records deserve to be heard. On top of that, four of them are from bona fide format superstars—Keith Urban, Sugarland, Brad Paisley and Tim McGraw—while two more are by consistent airplay favorites—Jason Michael Carroll and the Zac Brown Band. Toss in a couple of legends—Larry Gatlin and Ray Stevens—and endearing up-and-comer Blaine Larsen, and you’ve got a mighty full sonic platter. 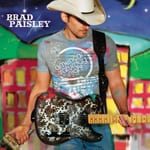 Let’s see, that makes nine contenders. The 10th comes from our town’s newest imprint, Republic Nashville. A pat on the back and a DisCovery Award go to Fast Ryde.

And about that Disc of the Day prize? In an extremely competitive field, the inspirational Brad Paisley charges onto the turf and rides away with it.

KEITH URBAN/Only You Can Love Me This Way
Writer: Steve McEwen/John Reid; Producer: Dann Huff & Keith Urban; Publisher: EMI Blackwood/Birds with Ears/Sony-ATV, BMI/PRS; Capitol Nashville (track)
—There’s something very “California” sounding about this dreamy outing. The repeated acoustic guitar figure is enchanting, and the vocal harmonies are absolutely lovely. This is a sound to get lost in.

BRAD PAISLEY/Welcome To The Future
Writer: Brad Paisley/Chris DuBois; Producer: Frank Rogers; Publisher: none listed, ASCAP; Arista (track)
—Utterly joyous sounding. The steel playing is celestial. Brad’s guitar gets a fleet-fingered, mid-song workout. His singing of the upbeat tune makes you want to crank it up to “10.” Amid the celebration of the times we’re living in, there’s even a shout-out to racial progress. I’m just loving this total audio delight, because it rocks in every way. Also check out the more quietly personal lyric in the “reprise” version. In fact, check out the whole American Saturday Night CD. It has “Album of the Year” potential in every groove.

RAY STEVENS/If Ten Per Cent IS Good Enough For Jesus
Writer: none listed; Producer: none listed; Publisher: none listed; Clyde (www.raystevens.com)
—The second part of the title is “it ought to be enough for Uncle Sam.” That’s right, it’s a tax-protest tune. What’s more, it’s catchy.

JASON MICHAEL CARROLL/Hurry Home
Writer: Zane Williams; Producer: Don Gehman; Publisher: Year of the Dog/Big Yellow Dog, ASCAP; Arista (track)
—JMC eases into a ballad mode this time around. He couldn’t have chosen a better song to do it with, because this is extremely well written. It is one of those perfectly constructed story songs that no one but a country-music person could write or sing. This is what we do best.

SUGARLAND/Joey
Writer: Jennifer Nettles/Kristian Bush/Bill Anderson; Producer: Byron Gallimore, Kristian Bush & Jennifer Nettles; Publisher: Jennifer Nettles/EMI Blackwood/Dirkpit/Sony-ATV, ASCAP/BMI; Mercury (CDX)
—Joey is gone, and she pleads powerfully for forgiveness. The driving tempo and echoey production conjure up an atmosphere of crying in the wilderness. Get a load of that writing credit. Bill Anderson penned his first hit more than 50 years ago, and he’s still at it, stronger than ever. The man is a musical miracle.