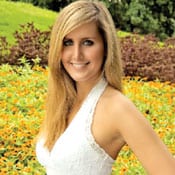 Doff your caps to the ladies, gentlemen.

This week, the fairer sex rules the listening session. Carrie Underwood has a splendid outing with the Randy Travis goldie “I Told You So.” Newcomer Christen Sawyer is our DisCovery Award winner.

And the Disc of the Day is by a group that actually has “Lady” in its name. Hillary Scott swaps vocals with Charles Kelley on “I Run to You,” and the result is an undeniable single by Lady Antebellum.

The other news of this column is the quality of the songwriting talent we encounter. From Archie Jordan and Hal David’s lovely classic “Santa Barbara” to the fine craftsmanship in “Red Light” (not to mention “I Run to You,” “I Told You So” and “Walkaway Joe”) and including a new collection by the masterful Thom Schuyler, today is a showcase of Music Row composing excellence. 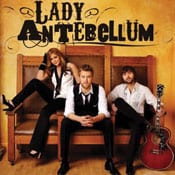 LADY ANTEBELLUM/I Run To You
Writer: Dave Haywood/Charles Kelley/Hillary Scott/Tom Douglas; Producer: Victoria Shaw/Paul Worley; Publisher: Warner-Tamerlane/DWHaywood/RADIOBULLETPUBLISHING/Shaw Enuff/MLultiSongs/Sony-ATV/Tomdouglasmusic, BMI/SESAC; Capitol Nashville
—Very nicely done. The vocal harmony work is flawless. The production is delicious. The song has more hooks than a tuna boat. If this isn’t a Number-One hit, there is something seriously wrong with our format.

VINCE HATFIELD/Santa Barbara
Writer: Archie Jordan/Hal David; Producer: Vince Hatfield; Publisher: Universal Polygram International/Casa David, ASCAP; Blue Moon (www.vincehatfield.com)
—This lovely 1978 Ronnie Milsap tune gets dusted off for a reprise. But this guy is no Milsap vocally, and the sluggish pace does him no favors.

DAVID NAIL/Red Light
Writer: Jonathan Singleton/Melissa Peirace/Dennis Matkosky; Producer: Frank Liddell/Mike Wrucke; Publisher: Crosstown Uptown/Kobalt/Crosstown Downtown/Karles, ASCAP/BMI; MCA Nashville
—It’s an ordinary day. They’re stopped at a red light, and she tells him it’s over. I like the structure of the song, and his singing is wonderfully piercing. Sign me up for the fan club. Co-writer Singleton, by the way, now has a Universal South recording contract of his own.

CHRISTEN SAWYER/Crazy
Writer: none listed; Producer: Mark Oliverius; Publisher: none listed; Rapid Rise (track) (www.christensawyer.com)
—This is not the Willie Nelson/Patsy Cline “Crazy.” It is a feisty little bopper with some sting in its sound. She sings with plenty of oomph, and a sizzling, searing electric guitar echoes her at every turn. This is one hot disc.

JUSTIN MOORE/Small Town USA
Writer: Brian Dean Maher/Jeremy Stover/Justin Moore; Producer: Jeremy Stover; Publisher: West Moraine/Welk/Lichelle/WB/Universal-Z Songs/West Bay St/2820/Watwedoiz, ASCAP/BMI; Valory Music
—We’ve essentially heard this song a zillion times before. It’s the one about how great it is to be on a dirt road with your baby on Saturday night with a brew and some sounds, and then go to church on Sunday morning, and how great it is to live a simple country life. Yaddadda, yaddadda, yaddadda.

CARRIE UNDERWOOD/I Told You So
Writer: Randy Travis; Producer: Mark Bright; Publisher: Sometimes You Win, ASCAP; Arista/19 (track)
—I have always loved this song. Randy had a massive hit with it in 1988. Carrie’s remake is a silver arrow of emotional truth. Soft, subtle harmony work from Vince Gill is the icing on this yummy track.

THOM SCHUYLER/Prayer Of A Desperate Man
Writer: Thom Schuyler; Producer: none listed; Publisher: Rondor/September Second,; TJS (track)
—It has been far too long since we’ve had a new record from this former Capitol and MTM recording artist. The title tune to Thom’s self-penned collection is a tender, heart-tugging ballad that showcases one of Music City’s true songwriter treasures. For romance, listen to “When She Danced with Me.” For humor, turn on “Who Needs a Hummer?” or “Too Drunk.” For a meditation on mortality, check out “Starting to Go.” This man is such a gem.