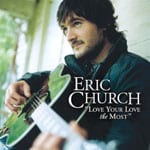 Newcomers, baby acts and veterans are all in the mix this week.

And I continue to be in awe of the talent of Eric Church (as well as his producer, Jay Joyce). Give that man yet another Disc of the Day prize. 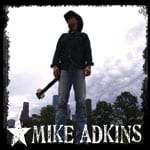 BOB HARVEY/Completely Harmless
Writer: none listed; Producer: none listed; Publisher: none listed; Echo
—I’m not sure what this is all about. It has a copyright notice on it that clearly says “1969.” So what’s it doing in this week’s reviewing stack? Beats me. In any case, it is an audio waste of time.

JAMEY JOHNSON/High Cost Of Living
Writer: Jamey Johnson/James Slater; Producer: The Kent Hardly Playboys; Publisher: EMI Blackwood/Big Gassed Hitties/Hope-N-Cal/Pick Them Maters/Diversion/Cal IV, BMI; Mercury Nashville (track)
—Jamey’s extraordinary Grammy-nominated That Lonesome Song CD kicks off with this harrowing—and completely gripping—tale of substance abuse. It ends in prison. When was the last time country music was this gritty and real? I applaud the courage and authenticity of this.

CHRIS YOUNG/Gettin’ You Home
Writer: Chris Young/Cory Batten/Kent Blazy; Producer: James Stroud; Publisher: Runnin’ Behind/EMI April/I Want to Hold Your Songs/Words & Music, ASCAP/BMI; RCA
—I still think this guy is a star waiting to happen. This sexy little seduction number is just the thing to raise him up. It has a cool, rolling groove, and his burnished baritone vocal dips and slides on all the right notes.

AARON TIPPIN/Drivin’ Fool
Writer: Aaron Tippin/Terry Brown; Producer: Aaron Tippin & Tim Grogan; Publisher: Sony ATV Acuff-Rose/TCT Rose/Terry Brown, BMI; Nippit (track) (www.aarontippin.com)
—Aaron is going all retro with a collection of classic trucker songs like “Six Days on the Road,” “East Bound and Down,” “Truck Drivin’ Man,” “Prisoner of the Highway” and “Drivin’ My Life Away.” He provides one new original to the genre, and it’s a dandy, a rhythm-happy prayer for truckers everywhere. The CD is called In Overdrive, and it’s a keeper.

ERIC  CHURCH/Love Your Love The Most
Writer: Eric Church/Michael P. Heeney; Producer: Jay Joyce; Publisher: Sony ATV Tree/Sony ATV Acuff-Rose, BMI; Capitol Nashville
—I can’t wait for the rest of you to hear Eric’s Carolina CD when it appears in March. It is simply the coolest sounding country record of the year to date. This glowing, warm, brilliantly-produced and refreshing single is a fine introduction to this man’s distinctive style. Spin it a zillion times.