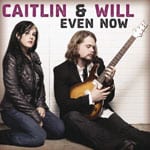 This week, the major labels are stepping up to the plate with quality.

Mercury has two excellent singles, by the Randy Rogers Band and Holly Williams. Warner Bros. Records is offering us a dandy uptempo by Jessica Harp. Columbia has the DisCovery Award winners, Caitlin & Will.

But at the end of the listening session, an indie walked off with the Disc of the Day prize. That would be Broken Bow with its Megan Mullins & Randy Owen duet of a dynamite Dolly Parton tune. 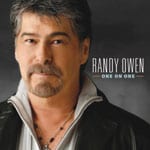 MAIDEN TEXAS/Don’t You
Writer: Johnny Edward Pierce/Otha Young; Producer: none listed; Publisher: Oh the Music/Sony-ATV Tree; Maiden Texas (817-283-7984)
—This Dallas-Ft. Worth trio is composed of Stephanie Mulder, Krista Hughes and DeAnna Edwards. Their revival of this 1989 Forester Sisters single has sprightly energy and flawless three-part harmony throughout. A winner.

RANDY ROGERS BAND/Buy Myself A Chance
Writer: Randy Rogers/Sean McConnell; Producer: Radney Foster; Publisher: Warner-Tamerlane/Lonely Motel/WBM, BMI/SESAC; Mercury Nashville (CDX)
—The gently loping rhythm and spare instrumental work throw the spotlight on the country-soulful, slightly raspy lead vocal. The hillbilly boy trying to hit on someone else’s dance partner is completely sweet and believable. Whether for this outfit or somebody else, this is a hit song.

MEGAN MULLINS & RANDY OWEN/Holding Everything
Writer: Dolly Parton; Producer: John Rich & Sean Pennington; Publisher: Velvet Apple, BMI; BBR (CDX)
—From production to songwriting, this has pedigree credentials. The prodigiously gifted Miss Mullins more than holds her own with her Country Music Hall of Fame duet partner. The heartbeat thump in the track is goose-bump inducing. And the song is a thing of perfect wonder.

HOLLY WILLIAMS/Keep The Change
Writer: Hillary Lindsey/Luke Laird; Producer: Justin Niebank; Publisher: Raylene/BPJ/Universal-Careers/High Powered Machine, ASCAP/BMI; Mercury Nashville
—By far her finest vocal performance on disc to date. There’s passion and personality in this that she hasn’t displayed before. Her sister has co-written a dandy kiss-off tune, and Niebank’s production has just enough raggedy rock edge to keep your ears perked up. I’m in.

SHELLEY LYNCH/You Can’t Look Back
Writer: Shelley Lynch; Producer: Shelley Lynch & Les Bolen; Publisher: Lynch, ASCAP/SOCAN; Lynch (CDX) (www.shelleylynch.net)
—The echo is laid on just a little too thick. The verse lyrics are a mite wordy. And the high-end in her vocal is a kinda weak.

JESSICA HARP/Boy Like Me
Writer: Jerry Flowers; Producer: Jerry Flowers; Publisher: EMI Blackwood/JFLO, BMI; Warner Bros.
—Former Wreckers member Harp has a snappy solo outing. The rocking rhythm and cool repeated guitar riff back a sassy lyric about finding a guy who’s just like her, right down to the drinkin’ and makin’ love parts. She wails it. Solid work.

BYRON HILL/Stay A While
Writer: Byron Hill/Jennifer Schott; Producer: Byron Hill; Publisher: Byron Hill/Sony-ATV Tree, ASCAP/BMI; BHP (track) (www.byronhillmusic.com)
—I love Nashville songwriter albums. Byron’s is a 12-tune dandy showcasing his burnished baritone in wonderfully produced tracks. The title tune is a gentle, winning, mid-tempo invitation to romance that’s as warm as a hearth. Over the years, he’s won 10 ASCAP Awards and had more than 575 cuts. “Fool Hearted Memory,” “Nothing On But The Radio,” “Pickin’ Up Strangers,” “Lifestyles Of The Not So Rich And Famous,” “Born Country” and “Size Matters” are all in his vast catalog. So the man knows what he’s doing. Highly recommended.

BEN KWELLER/Homeward Bound
Writer: Jemima James/Michael Mason; Producer: Ben Kweller; Publisher: none listed, BMI; ATO (track)
—Austin resident Kweller wrote all the tunes on his Changing Horses CD except this set-closing ballad. It’s about a lost soul heading for the other side. His cracked delivery and the funeral-march rhythm are both deeply affecting. Check him out.