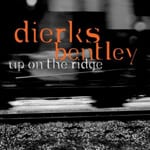 Did somebody suddenly crank up the quality on Music Row?

I can’t remember the last time that so many singles vied for the top slot in one week. And in such a dazzling diversity of styles. There’s Jack Ingram’s sneering “Barbie Doll,” The Warren Brothers inspirational “Dear Mr. God,” Dierks Bentley’s minor-key mountaineer “Up on the Ridge,” Chelsea Field’s rocking “Things I Should’ve Said,” John Arthur Martinez’s haunting “Can’t Outdrink the Truth” and Marty Raybon’s sexy “The Heat Is On.” Any one of them is good enough to be a Disc of the Day. 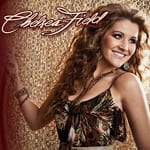 In the end, I had to go with the gutsiest platter maker. That would be Dierks Bentley stepping out of his comfort zone with his boldly creative venture. Besides, he’s on the Jack Ingram single, too.

Weep not for Chelsea Field. She edges out fellow newcomers Frankie Ballard and Woody Bradshaw and wins this column’s DisCovery Award.

CHRIS HEERS/Happy Thought
Writer: Chris Heers; Producer: Pat McGrath & Chris Heers; Publisher: Saddlefarm, ASCAP; Saddlefarm (www.chrisheers.com)
—Chris goes two for two. I loved his “Dirt Rich” single, and this one is even catchier. Over an acoustic track and a steady tempo, he lends his sturdy, soulful voice to a lyric about facing hard times by gazing at the family who loves him. Very tender and winning.

FRANKIE BALLARD/Tell Me You Get Lonely
Writer: Marty Dodson/Dallas Davidson; Producer: Michael Knox; Publisher: Back to Back/Songs That Sell/EMI Blackwood/String Stretcher, BMI; Reprise
—I like the little rasp in his voice and the oomphy, chunky production. Promising, to say the least.

DIERKS BENTLEY/Up On The Ridge
Writer: Angelo/Dierks Bentley; Producer: Jon Randall Stewart; Publisher: none listed; Capitol Nashville (track)
—The title tune to Mr. Bentley’s upcoming acoustic project is a moody, bluesy outing with loads of sonic atmosphere. The minor-key melody is enlivened by a jittery tempo, jazzy-captivating mandolin and ghostly backup vocals. A sound to get lost in.

MARTY RAYBON/The Heat Is On
Writer: Marty Raybon/John Fountain/Tommy Wright; Producer: Maarty Raybon & Paul Carrol Binkley; Publisher: none listed; GrandVista (www.martyraybon.com)
—He’s working in the scorching sun, but daydreaming about an even hotter time he’ll have when he gets home. The track is appropriately steaming and sexy, and it goes without saying that his performance is perfect.

JACK INGRAM & DIERKS BENTLEY/Barbie Doll
Writer: Jack Ingram/Todd Snider; Producer: Jeremy Stover; Publisher: Beat Up Ford/Bug/Nobody’s Collecting on These Songs, BMI; Big Machine (track)
—I am amazed that this hasn’t been a single before now. It has been a big fan favorite at Jack’s concerts for years. With its snarky, hooky chorus it practically commands you to sing along. And do they ever. Can you say, “hit?” I thought you could.