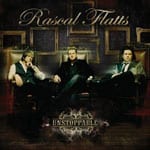 Yikes: How did it get to be the end of September already?

The official first day of Autumn was Tuesday, and everyone is polishing up their late-year releases. Tim scores big points in this column with “Southern Voice,” the title tune of his Oct. 20 CD. Last night, Miranda debuted her Revolution at the Ryman. That CD drops next Tuesday. Last week, Rosanne did the same with The List, which drops Oct. 6. Toby’s American Ride is also due on Oct. 6, and Carrie’s Play On drops Nov. 3.

This star-studded edition of DisClaimer features worthy efforts not only by Tim, but also 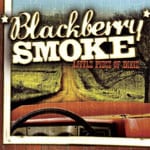 by Jason Aldean, Jack Ingram, Jimmy Wayne and Rascal Flatts, the last-named of whom has the Disc of the Day.

Blackberry Smoke, of whom I know nothing, is our DisCovery Award winner.

RASCAL FLATTS/Why
Writer: Allen Shamblin/Robert Mathes; Producer: Dann Huff & Rascal Flatts; Publisher: Built on Rock/EMI Blackwood/Maybe I Can’t, ASCAP/BMI; Lyric Street
—Teen suicide is on the rise, so this deeply emotional song couldn’t be more timely. This is the group’s finest single since “Bless the Broken Road,” and it is easily its most important. Essential listening.

TOMMY CASH/Fade To Black
Writer: Tommy Cash/Nathan Whitt; Producer: Rick Lloyd; Publisher: Tomcat/Next Guess, BMI/SESAC; InLight (track) (www.fadetoblackcd.com)
—The title tune to Tommy’s new CD is a tender ode to his legendary older brother. Much of the album is devoted to revivals of Johnny’s iconic songs, but Tommy’s own “Six White Horses” is reprised as well, as a duet with Marty Stuart. On Faron Young’s “Some Kind of a Woman,” George Jones joins Tommy, and sister JoAnne Cash is his vocal partner on Ferlin Husky’s “Wings of a Dove.”

BLACKBERRY SMOKE/Good One Coming On
Writer: Lee Roy Parnell/David Lee Murphy/Gary Nicholson; Producer: Dann Huff & Justin Niebank; Publisher: Lillie Dale/Dean-Parnell/EverGreen/Old Desperados/N2D/Carol Vincent/Sony ATV Cross Keys/Gary Nicholson, BMI/ASCAP; BamaJam (CDX)
—He has his smokes, his booze, his babes, his ride and his tunes, plus a weekend stretched out in front of him. Southern rock is alive and well. Par-tay!