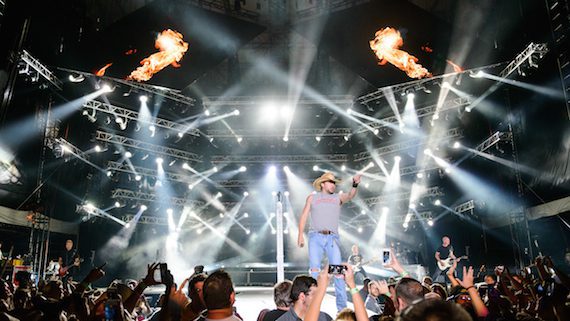 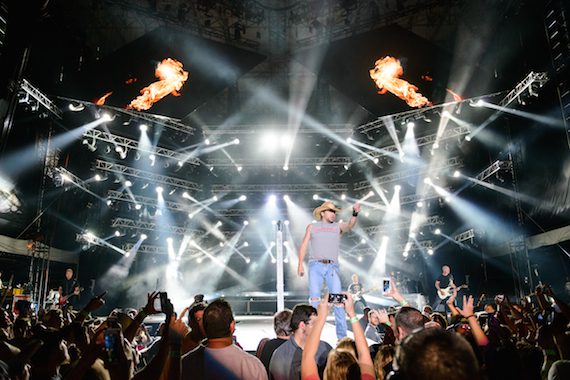 Jason Aldean brought his Burn It Down tour to the sold-out Great American Ballpark in Cincinnati on Saturday night (July 19). He is the first Country artist to play the ball park and its second ever concert (Paul McCartney was the first). The event also included openers Tyler Farr, Florida Georgia Line and Miranda Lambert. And in between sets, DJ DU spun tunes to keep the party atmosphere bumping.
“As a baseball fan, it means a lot to me to play in stadiums where I used to watch games,” said Aldean during the pre-show press conference. “I’m still in awe, going out there and seeing the amount of people that care about what we are doing. It’s a highlight of my career.”
When asked at what point he felt like he was ready to move up from arenas and amphitheaters to baseball stadiums, Aldean said that the climb started after the success of his singles “Big Green Tractor” and “She’s Country.” “After each of those were released, I noticed that my live crowds were getting a lot bigger,” he explained. He said that led to the first of many discussions between Live Nation and his manager Clarence Spalding about launching a stadium tour.
Aldean also announced his sixth studio album will be available this year on Broken Bow Records and discussed this week’s release of the lead single. “The song is called ‘Burnin’ It Down’ and we played it live for the first time last night (in Cleveland 7/18), we are excited for you all to hear it again tonight,” he said. “This is definitely the steamiest song we’ve ever put out. But it sets the tone for everything. It’s a new sound.”
The song was written by Rodney Clawson, Chris Tompkins, and Florida Georgia Line’s Tyler Hubbard and Brian Kelley.  For the new album Aldean re-teamed with longtime producer Michael Knox.
This is the longest Aldean has ever gone between singles, so the singer is anxious to let people hear it. The single is “Burnin’ It Down,” and the tour is called Burn It Down. Aldean agreed that this could be the title of the new album, but couldn’t confirm it. “The single always sets the tone for the album, so we’ll see how it goes. I love the song. It’s something people won’t expect to hear from us, which I like.”
Saturday’s concert started with Tyler Farr putting on a rock filled set including his two No. 1 hits, “Redneck Crazy” and “Whiskey In My Water.” By the time Florida Georgia Line hit the stage, the stadium was near capacity. The duo and their band brought non-stop energy while pumping out hit after hit, as well as covers of Alabama’s “I’m In A Hurry” and pop star Bruno Mars’ “Grenade,” and of course, a stadium-wide sing-a-long during “Cruise.”
Miranda Lambert and Jason Aldean have toured together on several occasions since both launched careers around the same time. Lambert confidently strutted around the stage showing off her new short hair cut, Rock and Roll t-shirt, leather shorts and boots. She acknowledged Aldean and their growth in the industry together and thanked him for including her on the show. Even though she was guest on the tour, Lambert proved why she is one of the biggest stars in the format. With the capacity crowd singing along as she belted her biggest hits, she also tapped into fans’ emotions with heartstring-tugging songs “The House That Built Me” and “Over You.”
Before Aldean took the stage, DJ DU kept the crowd singing and dancing as he mixed hits from all genres, including “Hang On Sloopy,” a favorite among Ohio State fans. The roar of the crowd as each song began showed that Aldean had attracted Cincinnati’s true party crowd.
Aldean’s show started with a big screen video montage of things being set on fire. The pyro then exploded as a giant “A” lit up the stage and Aldean ascended from the top wearing a cut off T-shirt bearing the name of the host city, his signature cowboy hat and jeans, while singing his first ever single, “Hicktown.” His energy didn’t slow as he continued to keep the crowd on their feet with his hits. The one exception is when he took time to bring his steel guitar player to the front of the stage and toast his birthday. The night ended with a one song encore of “She’s Country” and a full fireworks show over the Ohio River.
After two nights playing baseball stadiums in Ohio, the tour will also play the home of the Washington Nationals, The Pittsburgh Pirates and Philadelphia Phillies. 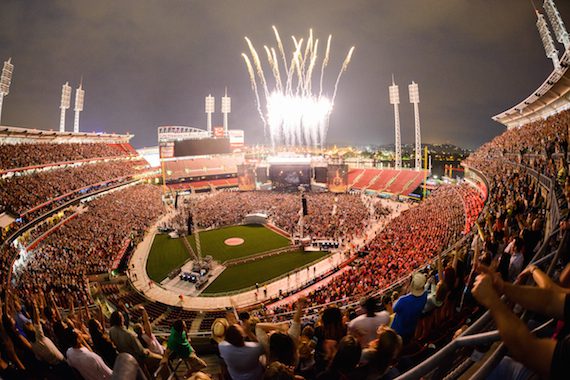 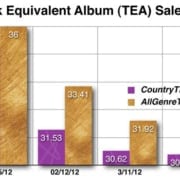 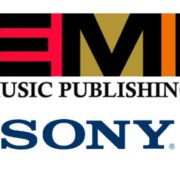 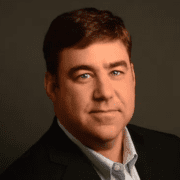 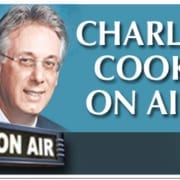