Colt Ford (R) played the Dixie Dancehall in Beaumont, TX and KYKR’s Mark Guzman (L) was in attendance. Radio stations across the country are currently offering a free download of Ford’s new single “Hip Hop In A Honky Tonk,” featuring Kevin Fowler. Find it at www.coltford.com. 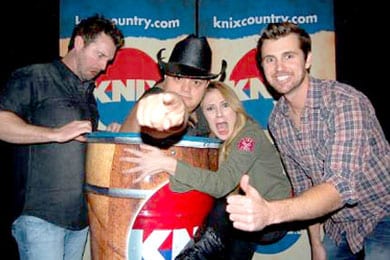 Bigger Picture Group sibling trio The Harters were in their hometown of Phoenix over the holidays to play a set at Toby Keith's I Love This Bar And Grill. (L-R): Michael Harter, KNIX’s Barrel Boy, Leslie Harter and Scott Harter.

In the first CountryBreakout Chart of 2011, Keith Urban stays in control of the No. 1 position with “Put You In A Song” and Luke Bryan’s “Someone Else Calling You Baby” and Tim McGraw’s “Felt Good On My Lips” unseated at spots 2 and 3. Kenny Chesney’s “Somewhere With You” is the big mover in the Top 5, as it gains 315 spins and moves ahead of Toby Keith’s “Bullets In The Gun” to No. 4.
Positions 10-20 are a veritable battlefield, with practically every title pushing for power rotation. Brad Paisley’s “This Is Country Music” is the juggernaut among them, already at No. 15 in the short period since the CMA Awards. But also noteworthy are big moves from Chris Young’s “Voices” at No. 12, Billy Currington’s “Let Me Down Easy” at No. 13, and Darius Rucker’s “This” at No. 16.
With the new year comes new singles, and many programmers are already giddily spinning them. Miranda Lambert’s “Heart Like Mine” is a particularly hot item, making its big CountryBreakout debut at No. 58. Also making impressive first chart appearances are Rascal Flatts’ “I Won’t Let Go” at No. 64, Zac Brown Band’s “Colder Weather” at No. 72 and The Band Perry’s “You Lie” at No. 75.
Frozen Playlists: KICR, KITX, KVAY, KVVP, KYYK, KZZY, Sirius XM, WAXX, WBKR, WPPL, WXFL
RADIO NEWS
Chandra Hunter has stepped into the role of Music Director for Beacon Broadcasting’s KVAY/Lamar, CO. This move follows the exit of previous MD/On-air talent Thadeus Steele, who accepted a job outside the radio industry. Hunter will begin taking music calls 2-3 pm CT on Tuesdays after January 17 and she can be reached via email at [email protected] Contact Steele at [email protected]
Longtime Maverick Media WAXX/Eau Claire, WI Station Manager/Morning Co-host George House retired on December 30 after a 22-year tenure with the station. Afternoon personality Alex Edwards has shifted to co-host the morning show with Becca, and Phil Tripper has come over from sister station WBCV to fill the afternoon slot.
Upcoming Singles
January 10
Miranda Lambert/Heart Like Mine/Columbia
Rascal Flatts/I Won’t Let Go/Big Machine
Trace Adkins/Brown Chicken Brown Cow/Show Dog-Universal
January 18
Band Perry/You Lie/Republic Nashville
David Adam Byrnes/Sweet Distraction/Better Angels/Ride 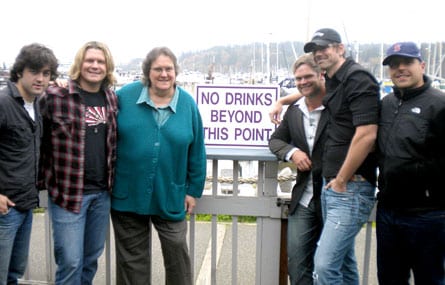 A recent tour stop in Seattle gave The Adam Craig Band a chance to visit with Albright & O’Malley’s Jaye Albright about their latest single, “Nothin’ Wrong.” The local marina must have known the group was coming, which explains the sign. (L-R): Johnny Duke, Adam Craig, Albright, Ryan Jones, Jimi Hendrix and Brian Smith. 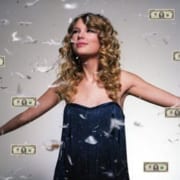 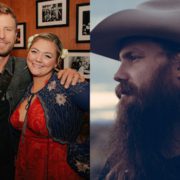