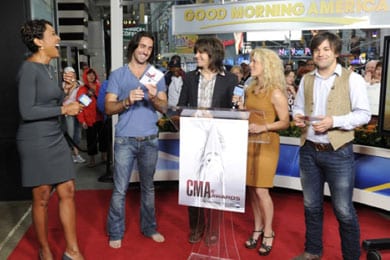 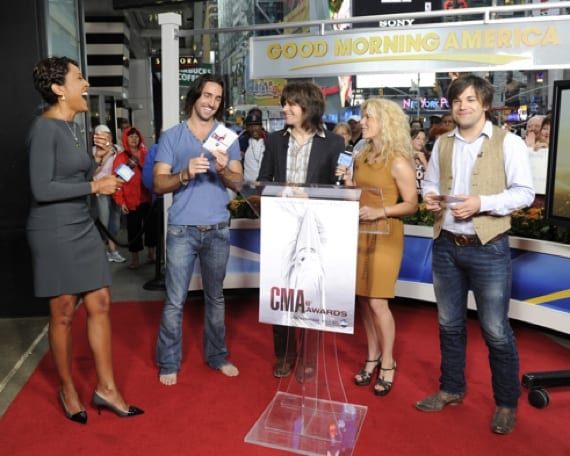 Jake Owen’s third album Barefoot Blue Jean Night is shaping up to be his biggest yet, debuting at No. 1 on the Country Albums chart (SoundScan) this week with 55K units sold. Sales were fueled largely by the charttopping title track, which has moved over 900K downloads to date. The album scored 34% digital sales.

“I’ve never had a No. 1 anything before,” says Owen. “This is an amazing feeling that is hard to describe. I’m just so grateful that I was able to record a song like ‘Barefoot Blue Jean Night’ that truly represents who I am and I’m even more grateful that people liked it.”

Also on hand to make the announcement was The Band Perry, whose monster hit “If I Die Young” shows no signs of passing. For weeks it’s been sitting firmly at No. 1 on the Digital Country downloads chart, selling 68K this week, and heading beyond the 3 million mark next week.

Elsewhere in download-land, Lady A’s new single “Dancin’ Away With My Heart” danced away with fans to the tune of 57K units.

Country digital sales are burgeoning, with albums up 38% YTD, and tracks passing the 100 million milestone. This is part of country’s 7% YTD album sales bump.

Adele offers further proof of the immediate impact of television exposure, as her track “Someone Like You” scored almost a 200% week-over-week increase (275K) after her performance on the MTV VMAs.