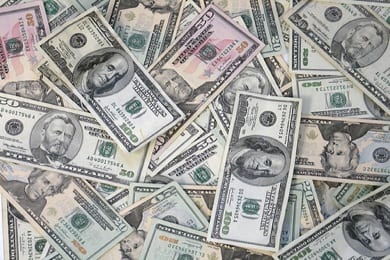 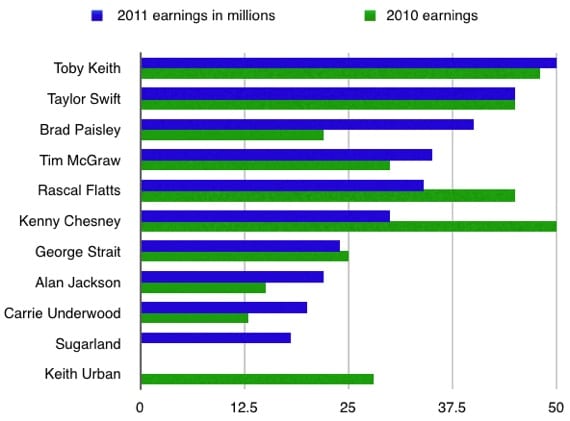 Forbes’ latest list of “Country Music’s Highest Paid Stars” was released this week, covering gross income earned between May 2010 to May 2011. Major revenue streams for most of the acts on the list includes sponsorships/endorsement deals, touring, publishing income and album sales.

For comparison, MusicRow looked back to the 2010 rankings. Most of the same stars are on both lists, though the graph above shows fluctuations in gross earnings. Ranking for the first time in 2011 is Sugarland.

Forbes reports, “We talked to agents, managers, publishers, lawyers and others in the know to come up with our estimates, which are gross earnings. We do not deduct for taxes or things like agent and manager fees.” See full story here. 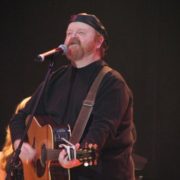 Sales Report: Blame It On Taylor And Sugarland