“Songwriters are creative people and we are dreamers. We are supposed to keep dreaming and creating and we need protecting as the constant rejection is devastating. For every dreamer, there has to be a true believer,” songwriter Tom Douglas told a crowd filled with industry members and supporters Tuesday evening (Oct. 24) during a celebration held by Inspire Nashville.

For countless songwriters and superstars, that believer and champion has been Troy Tomlinson, president and CEO of Sony/ATV Music Publishing’s Nashville operation.

As the evening’s honoree and Inspiration Award recipient, Tomlinson was feted for not only his work in helping numerous aspiring songwriters such as Douglas and artist-writers such as Kenny Chesney, Taylor Swift, Luke Bryan, and Thomas Rhett fulfill their dreams, but for his work with organizations including Belmont University’s Bridges To Belmont, Abe’s Garden, Porter’s Call and more.

Douglas shared how much of Tomlinson’s success comes from pure passion and an almost unparalleled work ethic. Tomlinson, a Portland, Tennessee native, dropped out of college to become an apprentice at a tool and die company. After an incident left him with second and third degree burns on his hands, Tomlinson needed to find a new career direction.

According to Douglas, Tomlinson met music publishing executive Cliff Williamson through a mutual friend. Williamson noticed Tomlinson had retrofitted his old Monte Carlo to accommodate 400 cassette tapes in wooden slots in the back seat, and figured he had a strong passion for music. That instinct would usher Tomlinson into the beginnings of a prestigious role in Nashville’s music community, and, in the process, help numerous songwriters fill their dreams. 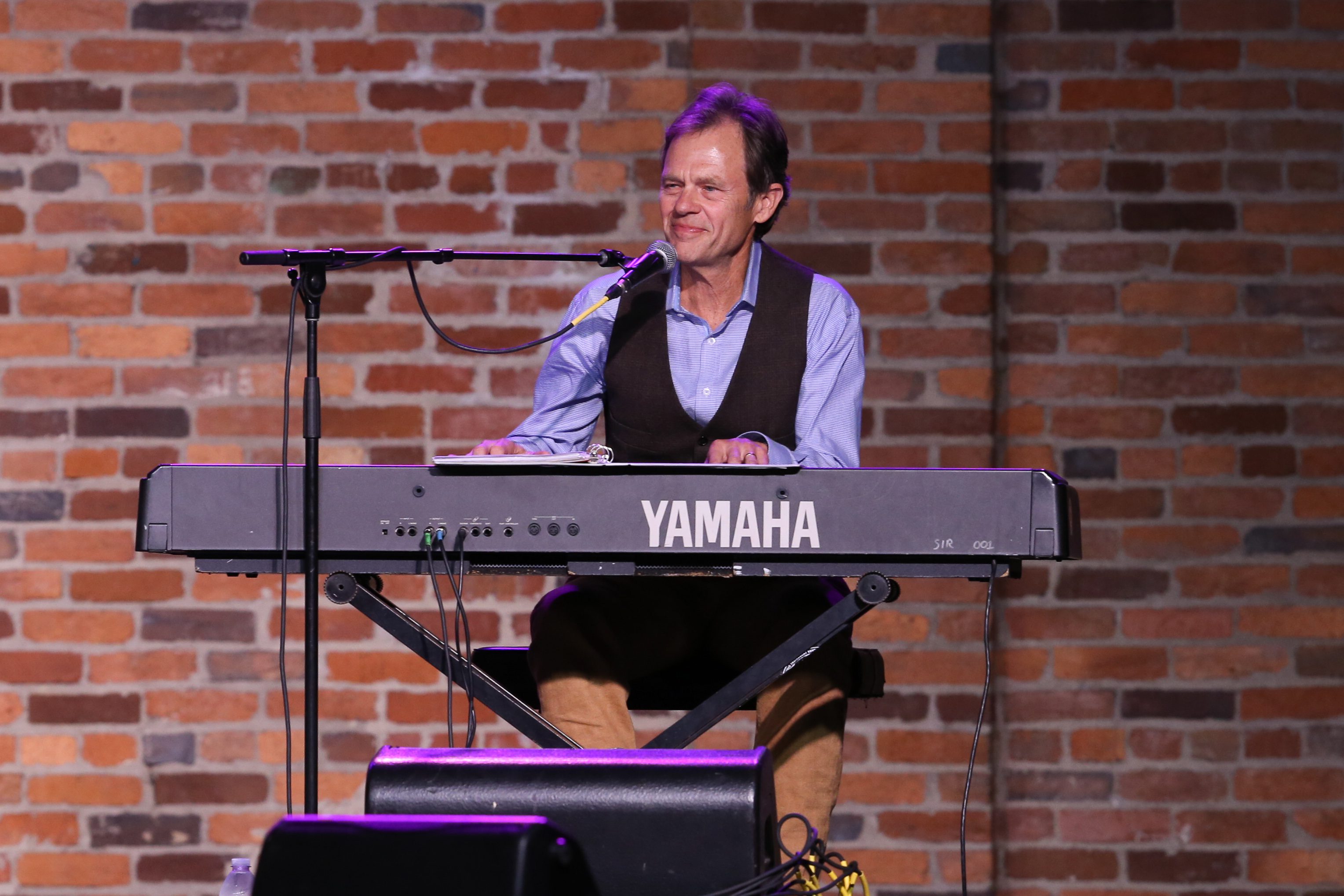 The evening highlighted The Onsite Foundation’s work to help inspire people and help them heal from emotional wounds, via short- and long-term experiential therapy workshops and retreats. A video was shown spotlighting a retreat for veterans, held at Onsite’s campus just outside of Nashville. The foundation partners with therapists specializing in trauma, codependency, stress, addiction and more.

“You are one of a kind,” Tomlinson said of Adcox, as the audience applauded. “You have a heart for people and you have a deep, deep soul and you are a great encourager, the kind of guy we all want to have a round as much as possible in our lives. I appreciate your staff, I’ve gotten to meet them a number of times, and the board of directors. It’s a representation of what is the best about us in this part of the world. Thank you for the redemptive work you do. The work you do there is beautiful. If you have been to Onsite or have supported someone who has been there, you know why supporting it is easy.”

Songwriters Douglas, Allen Shamblin and Tony Lane were also on hand to perform in honor of Tomlinson. Speakers in attendance included Donald Miller and Bob Goff.

Lee Ann Womack performed a stunning rendition of “Stubborn (Psalm 151),” which was included on her There’s More Where That Came From project.

One of Tomlinson’s most enduring associations in his career has been with superstar singer-songwriter Kenny Chesney, who was on hand to honor his longtime friend and publisher. 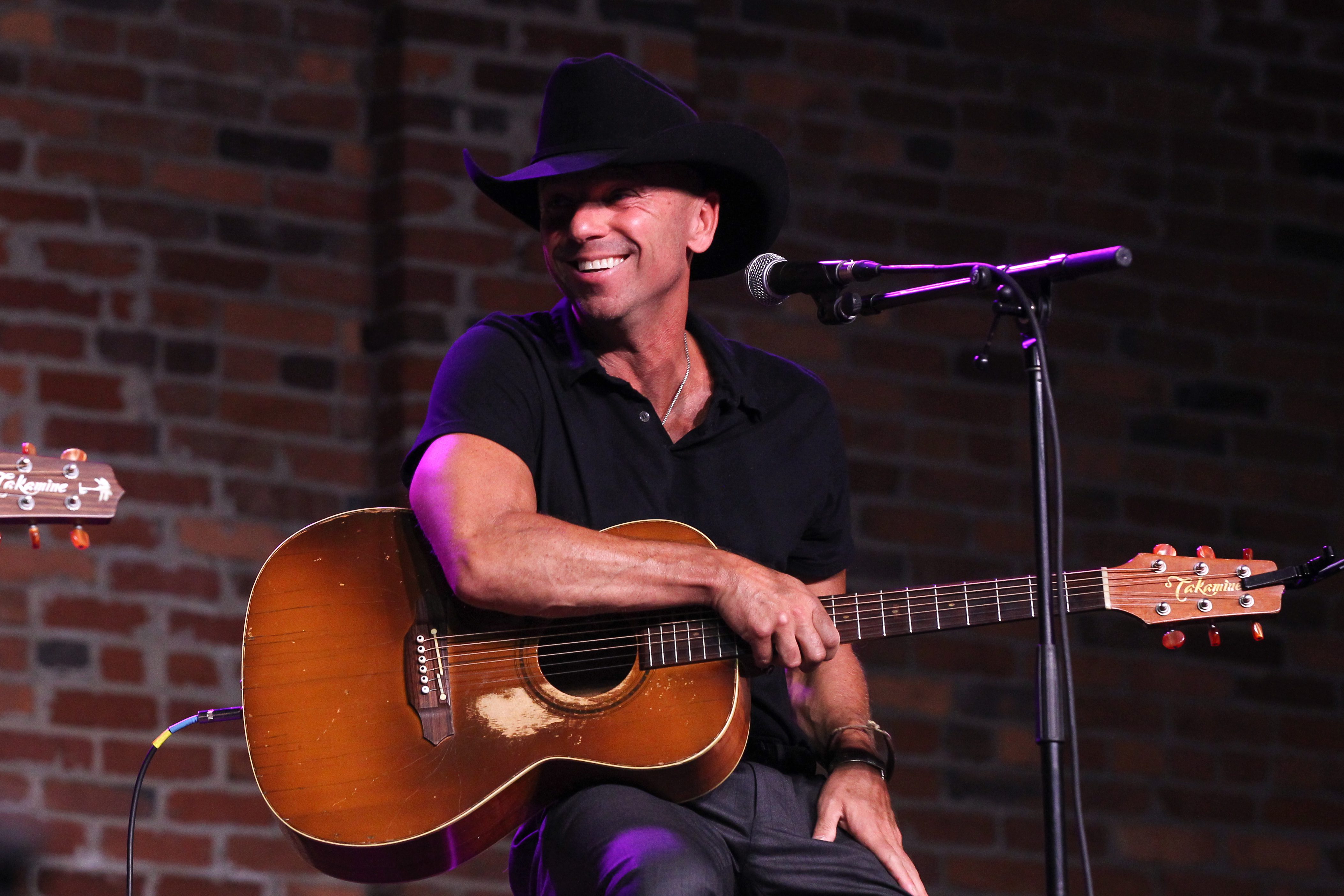 “From the first day I met him, I knew Troy and I were going to be friends. We had a lot of the same family value and the same experiences growing up,” Chesney told MusicRow backstage. “I remember going into Troy’s office the first day, playing him a song I had written and he and I just connected on a personal level and not only did he sign me to Acuff-Rose years ago, he has not only been my publisher but also a really true friend.

“As it’s called Inspire, he has inspired me as a publisher and as a friend and somebody you want to model your life after. He is so deserving of tonight. Troy has been there for me in the best of times and the worst of times, and he has been truly a positive voice in my life.”

At the end of the evening, Adcox presented Chesney with a check to support Chesney’s recently-launched charity, Love For Love City, in its work to support those affected by the recent hurricanes, especially those affected in the US and British Virgin Islands.

“They are hurting and it’s broken,” Chesney continued backstage. “Anything you could possibly think you need day to day, they need. That’s what Love For Love City is trying to accomplish, as is this event tonight. Music does heal, and I feel eventually…it won’t ever be the same, but it will be a new normal, down there and in Texas and the Florida Keys and Vegas. Everybody’s life has been altered in the past few months. It’s been a tough time of loss.” 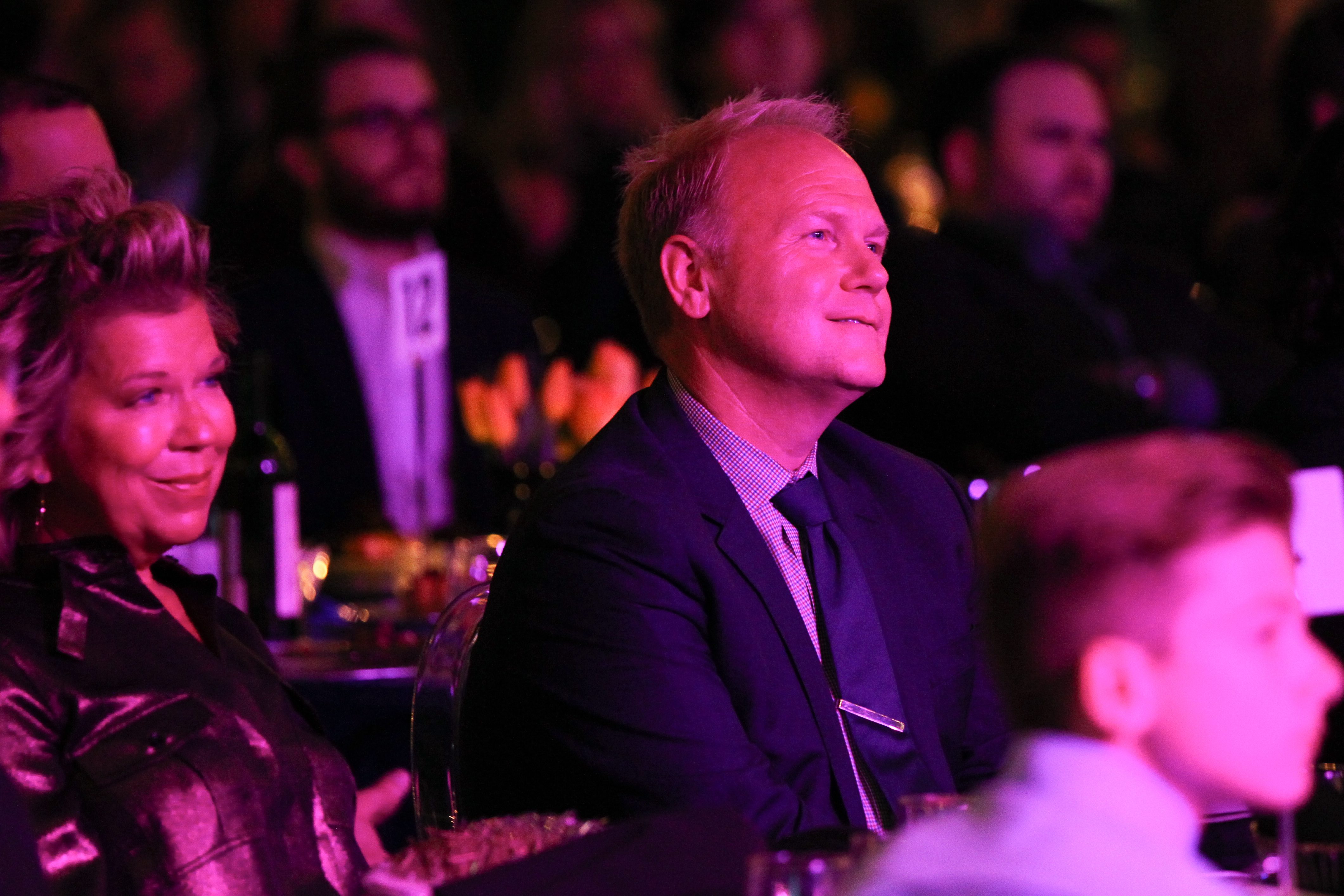 Chesney closed out the evening with an acoustic set that included “Beer In Mexico,” “I Go Back,” and “Old Blue Chair.”

That shared passion for great, inspiring songs and for the craft of songwriting continues for Chesney and Tomlinson. He recounted for the crowd how he added a second verse to “Old Blue Chair” at Tomlinson’s insistence.

“As a songwriter, I scratch and claw for everything I get. Good ones are hard to come by,” Chesney summed. “Troy has always been very honest with me when I call him in the middle of the night with a great song idea. He’ll either get excited or he’ll say, ‘I’ve got to go back to sleep.’” He says, laughing. “My career, I might be in this business without Troy Tomlinson, but I might not, because he was the first guy to raise his hand and say, ‘I believe in this guy from East Tennessee,’ and really worked with me as a songwriter. He helped me over the years to grow into the songwriter I’m still working to be.” 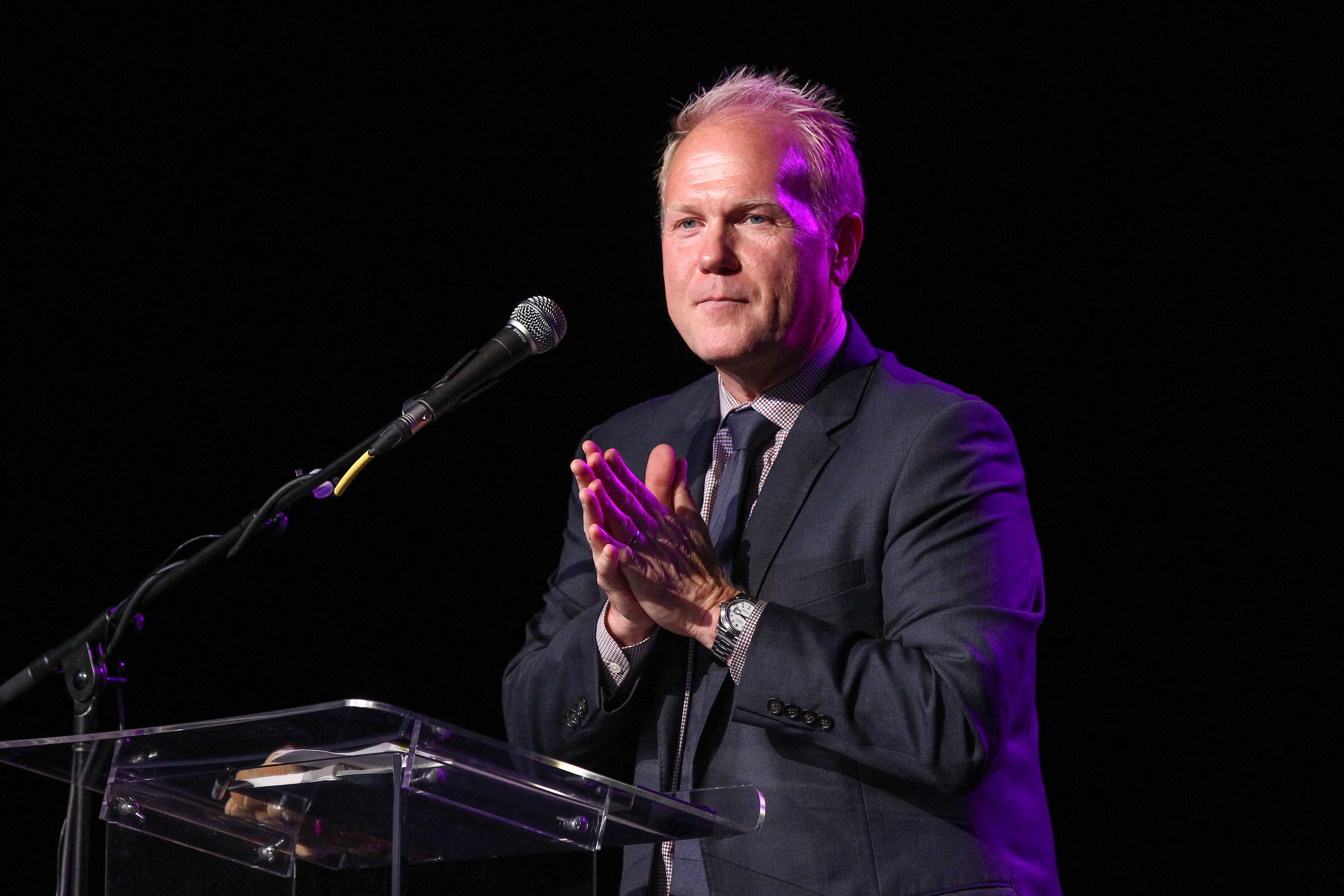 Visibly moved by the evening’s speeches and performances, Tomlinson took the stage to thank the crowd for their support of The Onsite Foundation, and to thank those who impacted his own career.

“I would like to say I’m speechless, but those of you who know me know that wouldn’t be true.”

Tomlinson gave thanks to his family, including Sylvia, his wife of 30 years, as well as his children and grandchildren.

He paid tribute to Cliff Williamson and Jerry Bradley, who were both in attendance.

“Cliff pulled me out of a factory when I was 20 years old and taught music publishing. I will never understand why you did what you did, but I will always be inspired by what you did.

“Jerry Bradley, when I was 24 years old, Jerry hired me as a song plugger at Acuff-Rose. You pushed me out front, and you taught me to learn about contracts and not only what the words meant, but what the spirit of that contract meant. You told me how to negotiate when needed, and when you do it tough when needed and when to do it softly when needed. You gave me opportunity after opportunity. I will always try to do the same thing with the young people around me that you did for me.”

For more on The Onsite Foundation, visit onsiteworkshops.com. 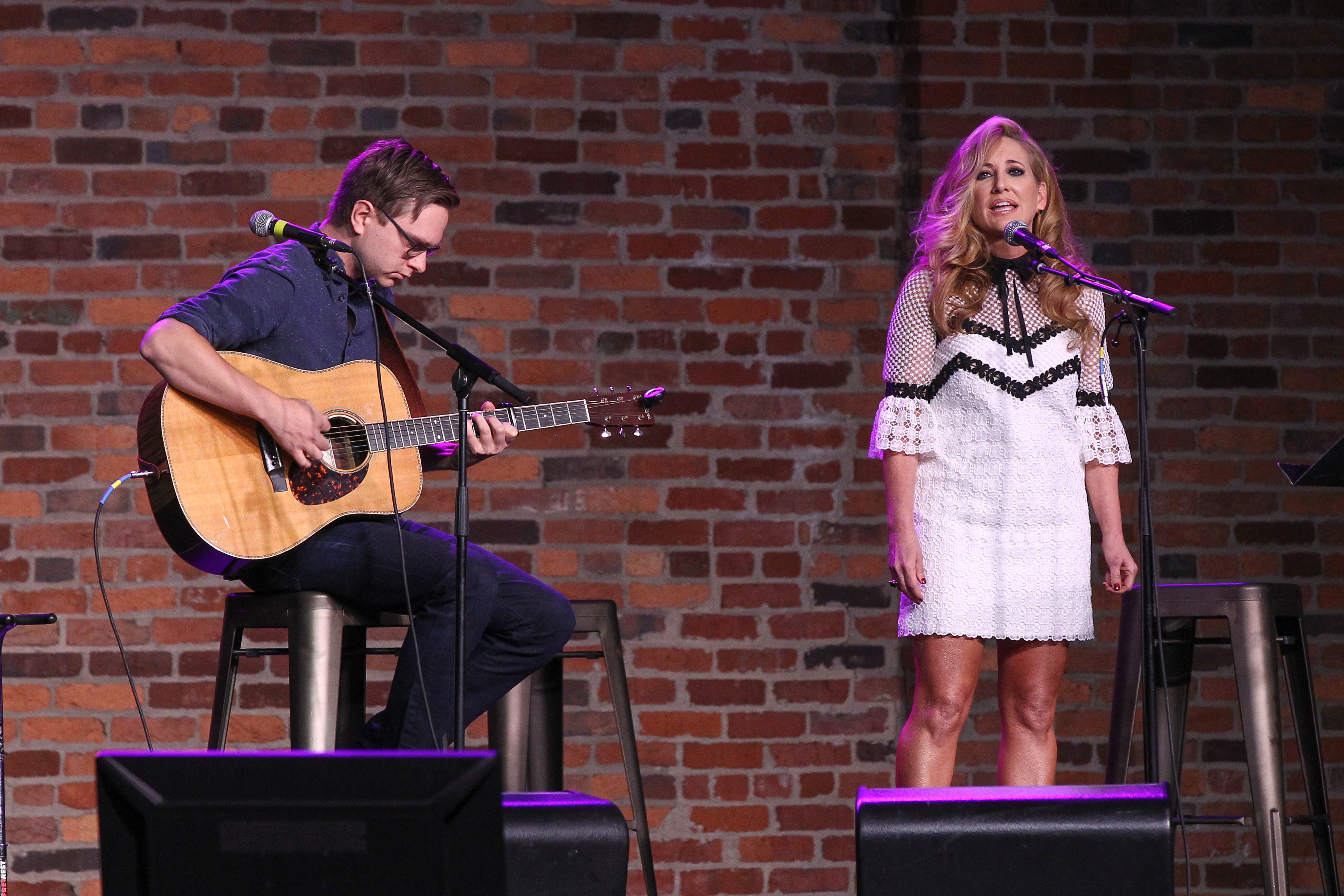 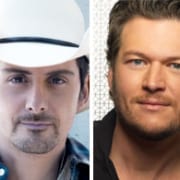 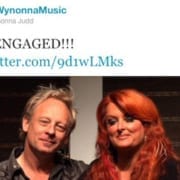 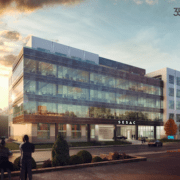 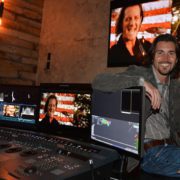