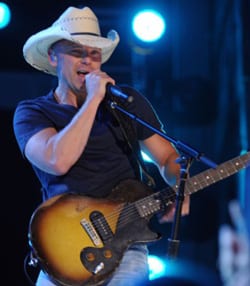 Forbes has released its annual listing of Country Music’s Top Earning Stars. The article notes that country fans are often loyal to their favorite artists for a long time, “Fame in Nashville seems to come with an irrevocable ticket into the hearts and wallets of country fans who, like the heroes of a sad song, are in it for the long haul.” The article offers a rationale for country music’s ability to ride the economic storm facing the entire music industry a bit better than some of its other formats.

“For many Americans today, the Great Recession isn’t going away any time soon, and there’s much to commiserate with in the lyrics of country songs,” says Catherine Fitterman Radbill, a professor at New York University who directs the school’s music business program.

Forbes also points to the over 2,000 U.S. country radio stations as another meaningful income source for artists/writers noting that eight of the ten most played artists on radio last year were country artists. For the list, Forbes tabulates box office receipts, merchandise and album sales, publishing royalties and endorsement/licensing deals. The period is from June 2009 to June 2010.