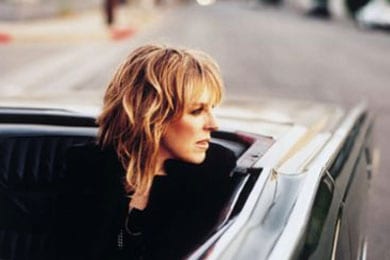 Lucinda Williams is prepping for the March 1 release of her new album Blessed, on Lost Highway. For the 12-song project she paired with Grammy Award-winning producer Don Was, and co-producers Eric Liljestrand and Tom Overby.

Williams recruited Elvis Costello for guitar work on the track “Seeing Black.” Also making appearances on the album are Rami Jaffe on keyboards, and Matthew Sweet on vocals. The project contains a new version of “Kiss Like Your Kiss,” which originally appeared on the True Blood: Music From The HBO Original Series – Volume 2 soundtrack. That song was recently nominated for a Grammy for Best Song Written For Motion Picture, Television or Other Visual Media.

Williams, a three-time Grammy winner, is releasing a deluxe edition of Blessed with bonus material titled The Kitchen Tapes.