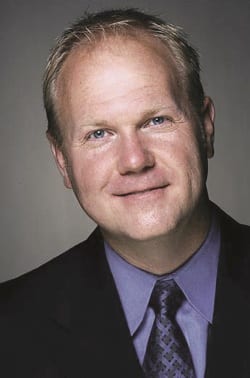 This week’s announcement that Treehouse Records was being folded into Stroudavarious Records was the latest in a string of label changes which also included the shuttering of Lyric Street and Golden Music. In the changing environment, publishers like Sony/ATV are turning efforts to alternative income streams.

It’s not hard to calculate how the drastic drop in album sales is hurting publishers. Sony/ATV Nashville Pres./CEO Troy Tomlinson explains the chain reaction like this: “Fewer labels equals fewer artists which equals fewer albums being made, with fewer cuts and therefore fewer singles.”

In the wake of dwindling singles and sales—traditionally the biggest money makers—Sony/ATV is focusing more efforts on sync licensing as a growing income booster. Tomlinson has been building the then one-man department since he stepped into his current role about five years ago. “Now we have five people in the Nashville office who are responsible for TV, film, and commercials, as well as pitching songs for merchandising opportunities, lyric reprint opportunities, and overall marketing of our songs in more non-traditional ways,” he explains. “We’re fortunate that the Sony/ATV New York and L.A. offices work all day every day with our Nashville office. Once the makers of the film or commercial determine they need a country song to help convey their message, then I have New York or L.A. working immediately with the Nashville team to make our very best pitches for that spot.”

Tomlinson is also keeping an eye out for other burgeoning revenue streams, such as the proliferation of mobile devices. “As more people determine that they want it all in a mobile device, that has to ultimately provide us with opportunities for growth,” he says.

While music outlets and distribution methods are shifting, Tomlinson says the focus remains the same as always. “At the end of the day, we try lots of different things to stimulate revenue, but at the base of all of those, you still have to begin with a great song. You have to trust that the very best songs will be released and move people, which will result in income for the writers and publishers.”

Tomlinson relies on his passion for great music to maintain a positive outlook, but admits the current climate is bleak. “Even with all the things that we’re doing to generate more or new revenue, it won’t in any way in the near future offset what we have lost with regard to physical mechanicals. But, you can either adhere to the notion that the sky is falling, or you can make the very best of what opportunities come your way. We are blessed that we are still in a business that puts out a product that people want. And people want music more than ever, and have easier access to it than ever—although there are still obstacles to work out—I believe that in the long run it will be a positive for publishers and songwriters.”