Brooks Quigley, a promotion and radio veteran who was most recently at Warner Music, has joined Nine North Records effective today (7/6). He will be serving as Director of Promotion, SE/SW, announced NNR President Larry Pareigis.

“I’ve been watching with great interest the new business model that is emerging in Nashville and am thrilled to join Nine North Records. Having known and admired Larry Pareigis and (NNR VP/Promotion & Marketing) Tom Moran for a long time, I am very excited about the chance to work with them and the rest of the team,” Quigley says.

“When a person with the skills of Brooks Quigley comes along, you leap immediately. We’re on the verge of some remarkable breakthroughs but you can’t get there without the right people and the right music. The music is there and Brooks is the perfect addition at the perfect time. He will help us maximize exposure for the Nine North roster in the Southeast and his corner of the Southwest,” explains Pareigis.

In addition to Warner, Quigley has also worked in a promotion capacity with Curb, Polydor and Asylum. Prior to that he spent many years in radio in markets including Nashville, Memphis and Atlanta. 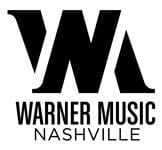 “Stacy has a proven track record of success in her region and I am thrilled to add her to the great staff at Stoney Creek Records,” says Rider. “She will be a huge asset to our team and we are excited for her to get started.”

“I have always heard great things from radio about Benny Brown, April Rider and the staff at Stoney Creek Records. The chance to be on this team is a career high for me,” explains Rogers. “I have a huge respect for them and on top of that, the music is phenomenal!”