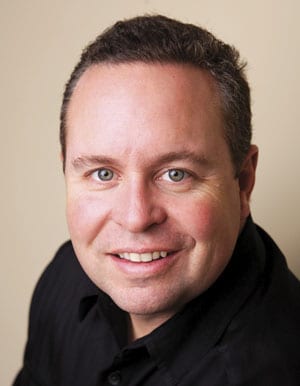 Veteran music publisher Steve Markland has joined Warner/Chappell Music as Vice President of A&R, Nashville. He will report to Tracy Gershon, Senior Vice President and Head of A&R, and they will work together on signing emerging and established songwriters, catalog acquisition, and song placement.

Markland most recently served as VP/GM of Crossfire3, the publishing venture launched in 2007 by Vector Management, Red Light Management, and Chrysalis Music Group.

Prior to that he spent 11 years as Vice President at Windswept Publishing, after opening the company’s Nashville office in 1996. Under Markland’s leadership, Windswept won more than 50 BMI and ASCAP “Most Performed Songs” awards and worked with star tunesmiths including Jeffrey Steele, who won multiple “Songwriter of the Year” awards.

In addition, Markland has managed a number of other established songwriters, such as “Big” Al Anderson, and producer/writer Angelo. From 1993 to 1996, Markland was Director of Creative Affairs at Patrick Joseph Music in Nashville. In this role, the Ohio native helped develop the careers of award-winning songwriters including Brett James, Matraca Berg, Tim Mensy, Randy Sharp, Vince Melamed and Jim Photoglo. The Belmont University graduate’s background also includes founding Coyote Moon Music and signing a young James, as well as time at Warner/Chappell Music in Los Angeles, and RCA Nashville.

When announcing the hiring, Gershon said, “With more than 20 years of music industry experience, Steve has a solid track record in discovering and nurturing talented songwriters, and with successfully pairing songs with recording projects and artists. As a label executive, I grew to respect Steve’s talent and dedication to the artists and the music with which he worked. I look forward to having him on our team as we continue to expand Warner/Chappell’s Nashville footprint.”