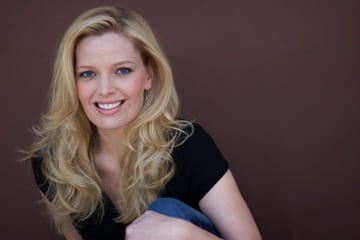 CMT has tapped Melissa Peterman to host the red carpet special for its upcoming awards show. The comedienne and host of the CMT series The Singing Bee, will be joined by fellow CMT host Evan Farmer at the event airing live on Wednesday, June 9 at 7:00 p.m., ET/PT on CMT and CMT.com.

The network is ramping up fan interaction initiatives for its upcoming show. Throughout the one-hour red carpet special, fans at home can see artists on the CMT Skype candid camera. They can also submit red carpet questions for consideration to Peterman via @Followtheblonde or @FollowCMT on Twitter in the coming weeks.

Peterman will also serve as backstage correspondent during the 2010 CMT Music Awards, airing live from Nashville’s Bridgestone Arena and timed to coincide with the CMA Music Festival.