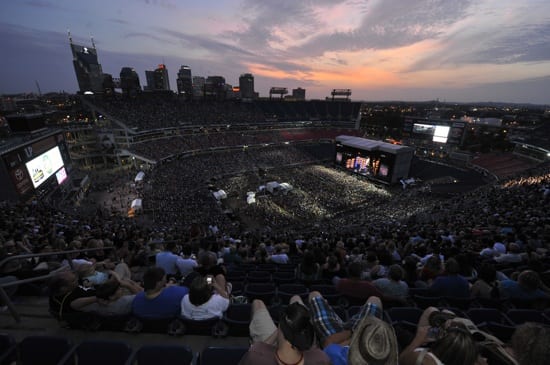 Fans at the Nightly Concerts at LP Field in Downtown Nashville during the 2010 CMA Music Festival. Photo: Donn Jones / CMA

CMA Music Festival attendance hit an all-time high this year. Each night at LP Field was a complete sell-out, with average nightly attendance topping 49,000, for an increase of 16.7 percent over last year. This tally includes four-day ticket packages, promotional and single night tickets.  In all, 37 artists participated in the 40 hours of star-packed Nightly Concerts at LP Field.

Estimated daily attendance throughout the Festival in 2010 was 65,000 compared to 56,000 in 2009. The increase was felt in the free zones, public events, and concert venues, including Riverfront Park, which experienced a daily increase of 6.4 percent over 2009, when the area was opened to the public for the first time.

When the final counts were tallied, there was a 33.3 percent increase in the sale of four-day ticket packages, which resulted in a decline in the sale of single night tickets.

“After all we have been through, and all the hard work everyone contributed to getting the venues and businesses ready for our fans, this is a huge win for everyone who cares about Music City,” said Steve Moore, Chairman of the CMA Board of Directors. “This community needed a big win and we got it.”

According to the NCVB, the direct visitor spending generated by CMA Music Festival in 2009 was $22 million. Figures for 2010 are expected to be even higher and will be released by the NCVB at a later date.   Businesses in Downtown Nashville that suffered catastrophic flooding were motivated to jump-start their recovery by re-opening in time for CMA Music Festival.

CMA will donate half the net proceeds from the event to music education through a partnership with the Nashville Alliance for Public Education called “Keep the Music Playing,” and the remaining half to flood relief via The Community Foundation of Middle Tennessee. Festival partners including the ABC Television Network, Chevy, and Manwich also stepped up with flood relief donations. 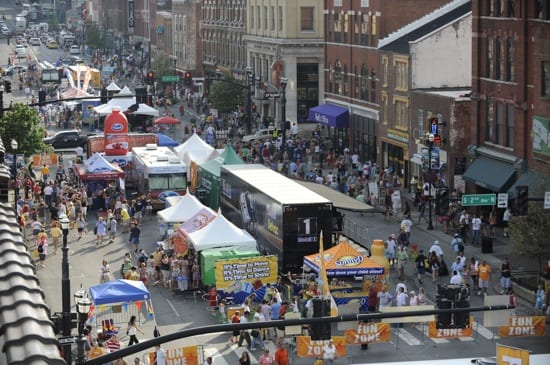 The Greased Lightning® Fan Fair® Hall at the Nashville Convention Center drew appearances by 253 artists and celebrities. Exhibit booths sold out in record time. Attendance over the four days was 55,385 – an increase of 4.25 percent from 2009’s high of 53,000. Highlights included visits from Tim McGraw, Rascal Flatts, The Judds, Kix Brooks and Taylor Swift.

New digital applications were a big success. More than 4,500 fans downloaded the new CMA Music Festival iPhone app; more than 7,000 created their own custom schedule of Festival events via the Web site; digital promotions added more than 34,900 subscriptions to the CMA, Chevy, GAC, and Jason Aldean mobs; and more than 54,000 texts were sent to the jumbo screens at LP Field.

According to Music City Merchandise, which designs and produces the Festival’s merch collection, the event experienced record merch sales in 2010, up 10 percent over sales in 2009.

The Festival was filmed for a three-hour television special “CMA Music Festival: Country’s Night to Rock” hosted by Tim McGraw and scheduled to air Wednesday, Sept. 1 (8:00-11:00 PM/ET) on ABC. Robert Deaton is the Executive Producer. Gary Halvorson is the Director. 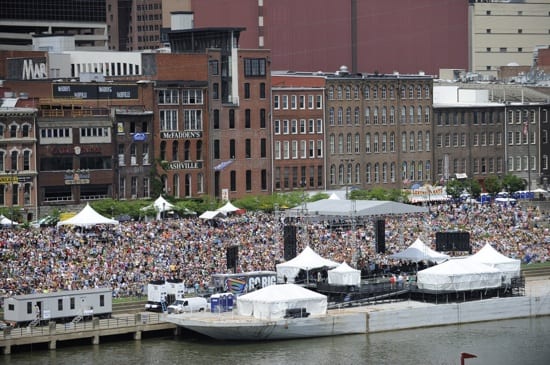