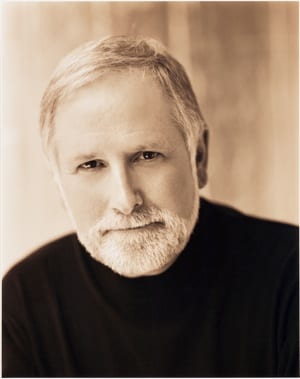 Official press release: Nashville, TN — ASCAP CEO John LoFrumento announced a major expansion of the company’s Nashville operations which will be elevated to a Regional Office serving all genres of music.

Effective immediately, the newly established ASCAP Nashville Regional Office will be overseen by Nashville-based industry veteran Tim DuBois, who has been appointed Vice-President and Managing Executive of the operations, reporting to ASCAP Senior Vice-President and head of Domestic Membership Randy Grimmett. Connie Bradley, Senior Vice-President of ASCAP Nashville, will continue to serve the company as a Senior Advisor, reporting to Grimmett, in a role she had been discussing with LoFrumento for some time. In her new role, Bradley will advise the organization on trends and developments, travel on behalf of ASCAP and work closely with high-profile writers on special projects.

As a result of ASCAP’s expanded emphasis and investment in Nashville, the new Regional Office will now serve a broader array of members across musical genres and a multi-state geographic footprint while bolstering its services to new and existing members, according to LoFrumento.

“The City of Nashville commends ASCAP for recognizing Music City’s evolution into a vibrant mecca, known worldwide for developing musical talent of all genres,” Nashville Mayor Karl Dean said. “As the 2010 Grammys indicated, Nashville is producing today’s most popular music, and boasts one of the most energetic and talented pools of writers and performers in the country.”

The expansion reflects Nashville’s growing importance as a global music capital that is a magnet for songwriters and publishers in a spectrum of genres. Nashville is today the launching pad for many of the most talented writers and performers in all genres of music and the ASCAP office will respond to this growth and change in the marketplace by taking on a regional approach to its core mission in Nashville. ASCAP also expects to expand the geographic region the office serves, serving other parts of Tennessee, as well as Texas, Alabama, Georgia, Mississippi, Oklahoma, the Carolinas, Florida and Virginia, among others, LoFrumento said.

“From Brad Paisley to Paramore, from the Kings of Leon to Alan Jackson, Nashville is the home to many of the most exciting developments in today’s music industry,” said LoFrumento. “Our office, while continuing to serve the needs of Country and Christian music’s greatest writers and publishers, will expand our vision and strategy to also meet the needs of the Pop, International, Urban and Folk writers, as well as film and television composers, who work, live and thrive in this region.”

In announcing DuBois’ appointment, Grimmett said, “ASCAP is privileged that an executive of Tim’s stature has joined us in this leadership role. Tim’s vision of the music industry and of Nashville’s prominent role dovetail perfectly with our expanded focus in Nashville. He will direct the daily operations of our team and office here, while assuring that ASCAP’s importance and impact grow even greater. We look forward to helping Tim fulfill that mission during this exciting time of expansion for ASCAP.”

DuBois stated, “I am excited about this opportunity to lead ASCAP’s Nashville Regional office. I believe ASCAP’s recognition of the influx and development of other successful genres of music in Nashville speaks volumes about the company’s commitment to our whole community. In addition, I hope to be able to address the growing needs of the business professionals who represent all genres of music here and to align the mission, goals and business strategies of this office with those of ASCAP’s Domestic Membership.”

DuBois has had a long career as one of the most successful executives in the recording industry having led both Arista Records and Universal South Records. A Clinical Professor of Management at Vanderbilt’s Owen School of Management and long-time ASCAP member, DuBois’ storied career has included recognition as a songwriter, manager, record executive and producer. Five songs that he has co-written have been No. 1 hits. DuBois’ songs have received numerous awards, and two Grammy Award nominations. As a producer, his accolades have included over twenty No. 1 and top 5 singles and more than a dozen gold, platinum, and double platinum albums. Tapped to open a Nashville division of Arista Records in 1989, DuBois discovered and signed Alan Jackson, Brooks & Dunn, Brad Paisley, BlackHawk, Pam Tillis and Diamond Rio. DuBois quickly turned the new label into one of the most successful in country music history, selling more than 75 million records worldwide in just four years.

After serving as president of Gaylord Entertainment’s Creative Content Group in 2001, DuBois went on to head Universal South Records with producer Tony Brown in 2002, a position he held until 2006. DuBois was recognized as the most powerful person in the music industry by Business Nashville in 1996, Record Executive of the year in 1992 by Pollstar, and was included in Entertainment Weekly’s list of 101 Most Powerful People in Entertainment in 1994 and 1995.

“We applaud Connie Bradley’s contributions to ASCAP over her 34 years with our organization,” said LoFrumento. “Her name will always be synonymous with ASCAP Nashville. She is a dedicated and hardworking executive, and we are thrilled that her vast knowledge base will continue to inform our strategic plans as an advisor for us.”

“John LoFrumento and I have been discussing this transition and new role for some time and I am pleased that it these changes have come to fruition,” Bradley said. “After 34 years, this new role as a Strategic Advisor is an exciting change for me. I can focus on the strategic direction and vision for ASCAP, an organization I have loved for my entire career. I am also looking forward to having a bit more time to spend with my family. I am delighted to welcome my good friend Tim DuBois to ASCAP and to work with him during such a dynamic time of change as our organization broadens to meet the expanded role of Nashville as a music capital.”