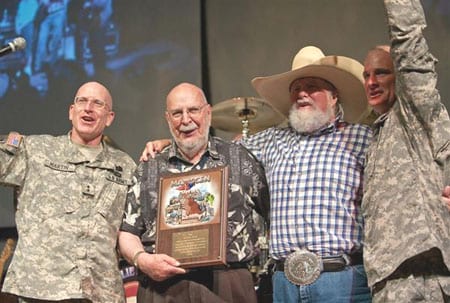 On June 14, Charlie Daniels helped the U.S. Army celebrate its 231st birthday at Fort Leonard Wood, Mo., with a performance courtesy of the Spirit of America Tour. A standing-room-only crowd of 3,000 soldiers enjoyed a 90-minute set from the entertainer. Founder of the Spirit of America Tour, Robert Rosenthal, was honored during the concert for bringing more than 110 shows to military bases in the United States since Sept. 11, 2001. Thousands of military personnel and their families have been treated to private, full production shows at no cost to them through Rosenthal’s organization.

Spirit of America also recently took Neal McCoy to the Great Lakes Naval Station in Chicago to entertain 3,000 recruits. The servicemen and women sang along with his hits such as “Wink” and “The Shake.” 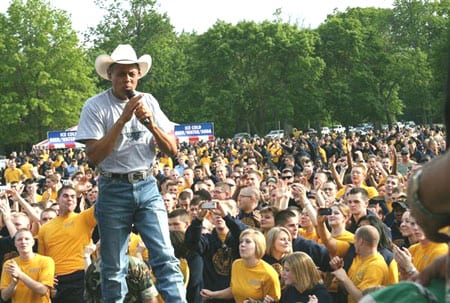