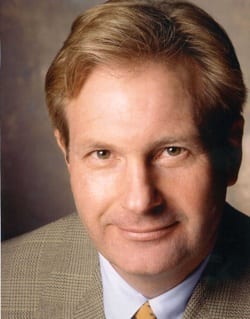 [Press Release] NASHVILLE, TN – To earn the right to be called a “music man” or a “record man” has always been a proud distinction in the business of music, and in a 37-year career, Sony Music Nashville Executive Vice President Butch Waugh has earned that privilege and much more. Now, after devoting the past 27 years to the artists and music of what is today the Sony Music Entertainment family, Waugh has announced that he will be retiring, effective December 31.

Sony Music Nashville Chairman Joe Galante has worked with him for nearly three decades, from Waugh’s earliest days in RCA promotion in Atlanta, on to New York, and every day in Nashville for the past dozen years. With the retirement of his longtime colleague and friend, Galante offered, “Butch’s contributions and leadership have left an indelible mark on our artists’ careers and our team. His passion touched everything in the company. His humorous phrases should be trademarked and will continue to be used every day. There are no words that could explain how much I will miss him on a day-to-day basis.”

In roles that have spanned pop, urban, and country, Waugh has been instrumental in the careers of countless artists and projects, from his involvement in the landmark Frampton Comes Alive! and the 11-times Platinum Dirty Dancing soundtrack to the early development of the Dave Matthews Band and the multi-Platinum success and superstar emergence of such artists as Kenny Chesney, Martina McBride, Brad Paisley, and Carrie Underwood.

Waugh’s career began at London Records in 1972, which led to sales for Together Distributing (A&M/Motown) before Waugh moved into radio promotion, first with A&M in 1978 and subsequently with Capitol Records. He joined RCA Records in 1982 and was brought to New York in 1987, where he ultimately served as Senior Vice President, Promotion, before advancing to Senior Vice President of the label.

In 1997, Waugh relocated from New York to Nashville, with wife Belinda and daughter Drew, as he shifted full-force into country music as Senior Vice President/General Manager of what was then the RCA Label Group/Nashville and is currently Sony Music Nashville. In 2001, his accomplishments earned him his current title of Executive Vice President, a first-time appointment in the history of the Nashville operation. The year of his appointment also coincided with the first of seven country label of the year honors in the past eight years for the label group’s Arista Nashville, which has remained #1 for the past three years in a row. In 2002, the label group was named top country label (reflecting year-end sales and airplay as charted by Billboard), marking the first of six wins in seven years, including the past three years consecutively.

With the announcement of his retirement, Waugh offered the following reflection on his career and the people who’ve shared this journey with him.

“I have been in the music industry for four decades, and every day has been better than the day before. I never wanted to do anything else with my life except be surrounded by music. I thank God I have been allowed to be a part of this amazing business. Three things I know made a difference in my life: I listen to the people I worked with, I show up every day with a positive attitude, and I have a wife Belinda and family that support and believed in me.

“I have been blessed to work for and with such creative, passionate, driven, visionary people. Not sure why so many people chose to be a part of my life and take a huge interest in my career but they did. I was given the gift and honor to work with Joe Galante for almost thirty years, and I could not ask for a better friend and teacher. I could not have found my path without the help and guidance of Barry Jones, Harry Clark, Ole Bear Davenport, Carole Davenport, Terry Lawson, John Young, Herb Alpert, Jerry Moss, Harold Childs, Heavy Lenny, Al Cafaro, Don Toole, Ron Howie, Bruce Wendell, Dave Fitch, Steve Meyer, Eddie Mascolo, Randy Goodman, Skip Bishop, Bruce Stevens, Barry Weiss, Charlie Minor, Hugh Surratt, Ron Fair, Jim McKeon, Bobby Kraig, Tyler Waugh, Bonnie Goldner, Dave Novik, Skip Miller, Strauss Zelnick, Cheri Martin, Steve Rifkin, Clint Higham, Bobby Poe, Dave Loncao, Bob Romeo, Clarence Spalding, Brian Philips, Coran Capshaw, all the wonderful people here at Sony Music Nashville, and Bob Buziak and Rick Dobbis for believing in me and changing my life by bringing me to N.Y. where I spent eleven fantastic years.

“I want to thank everyone who served on any and all of my staffs over the years as we strategized and worked together to overcome obstacles, ignored walls, invented new tactics, and accomplished incredible feats. I have to thank so many artists who I worked with and who have made me a better executive and person: Bob Seger, Styx, Supertramp, The Beach Boys, Commodores, Rick James, Lita Ford, ZZ Top, Natalie Cole, Hall & Oates, Pablo Cruise, LTD, Gino Vannelli, Dr. Hook, Moody Blues, Peter Frampton, Al Green, The Knack, Anne Murray, The Captain & Tennille, The Carpenters, Chuck Mangione, Stevie Wonder, Marvin Gaye, Carole King, April Wine, The Tubes, Rick Springfield, SWV, The Wu-Tang Clan, The Verve Pipe, Carrie Underwood, Ronnie and Kix, Jake Owen, Brad Paisley, Alan Jackson, Chris Young, Miranda Lambert, and of course, two of the most gifted and talented people I have ever encountered: Dave Matthews and Kenny Chesney.

“There are so many others who have had a positive impact on my my life and my family’s lives, and I want to thank you all. Not only have I been blessed to have these people in my life, but the music industry was built on the backs of these people and many like them. I look forward to new amazing music, new artist breakthroughs, many more innovations to come as our industry has always led the way and pushed the limits but I am not certain the music industry will ever experience the same energy, growth, excitement, competitiveness, friendships, and celebrations I have enjoyed the past four decades.”