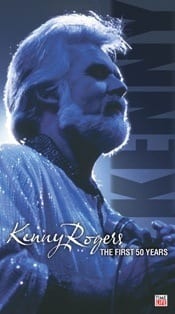 Music icon Kenny Rogers has released a new career retrospective set and signed on to join the Nashville Symphony for a special performance in February. His first-ever appearance with the orchestra will be Fri., Feb. 5, 2010 at the Schermerhorn Symphony Center at 8 PM. Tickets, starting at $37.50, go on sale to the general public at 10 AM on Fri., Nov. 6, and may be purchased via NashvilleSymphony.org, or by calling the box office at 615-687-6400.

Last week Rogers, known for huge hits like “Lady,” “We’ve Got Tonight” and “Islands in the Stream” with Dolly Parton, released a 3-disc box set. The package includes all these songs and three new tracks. Kenny Rogers: The First 50 Years is a look back at his career which has resulted in 105 million in worldwide album sales, and a hit in each of the last five decades. Totaling 45 tracks, the three discs are divided by Duets, Story Songs, and Love Songs. The set is packaged with a booklet that features photos from Kenny’s personal collection, and was released via Time Life in association with Dreamcatcher Artist Management. In addition to the box set, a single disc called The Greatest Duets is now available.