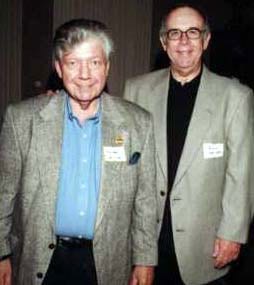 The Texas native was a Mercury regional sales rep when the label brought him to town as part of its Nashville team. He ended up heading the label’s Nashville and New York A&R departments a year later, working with all genres and even bringing r&b folks like Clyde McPhatter to Music City to record. During Singleton’s Mercury tenure, he worked with artists George Jones and Roger Miller, and hired a then unknown guitarist named Jerry Kennedy, who would eventually be his successor, running the Nashville office.

According to the Encyclopedia of Country Music, Singleton was a “tremendously successful and colorful country A&R man… and one of the Nashville industry’s true characters.” He wore many hats throughout his career. As a producer, Singleton recorded three No. 1 hits in one day at the Quonset Hut: “Walk On By” by Leroy Van Dyke, “Ahab the Arab” by Ray Stevens, and “Wooden Heart” by Joe Dowell.

In 1966 Singleton left Mercury and formed the Shelby Sigleton Corporation with headquarters on Belmont Boulevard. He also opened Plantation Records and released the major hit “Harper Valley P.T.A.” by Jeannie C. Riley, which he produced. After the success of “Harper Valley,” Singleton purchased the Sun masters in 1969 and re-released much of its product by Johnny Cash, Jerry Lee Lewis, Carl Perkins and Elvis, during the 1970s. In 1997 he merged Sun with the Brave Entertainment Corporation.