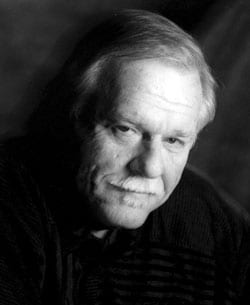 Renowned producer Barry Beckett (1943-2009) passed away peacefully at his home last night, June 10, surrounded by family. His storied career ranged from Muscle Shoals musician to Nashville producer. We will post arrangements as they become available.

Beckett was born February 4, 1943 in Birmingham, Alabama. He spent many years as part of the house band at acclaimed Fame studios in Muscle Shoals, Alabama, originally stepping in to fill the keyboard slot vacated by Spooner Oldham. In the late sixties he became part of the Muscle Shoals Rhythm Section.

While at Fame in the seventies and eighties, he played keys on hits including “I’m Your Puppet” (James and Bobby Purify), and “When A Man Loves A Woman” (Percy Sledge), as well as classics by Aretha Franklin, Wilson Pickett, Bob Dylan, Bob Seger, Paul Simon, Joe Cocker, Joan Baez, Dire Straits, and the Oak Ridge Boys.

He began his production career with acts like Seger, Dylan “Slow Train Coming,” Dire Straits “Communiqué,” Delbert McClinton “The Jealous Kind,” and Glenn Frey. Beckett’s first hit came with The Sanford Townsend Band’s “Smoke From A Distant Fire.” Mary MacGregor’s “Torn Between Two Lovers” was his first No. 1 record on the pop charts.

Beckett moved to Nashville to head Warner Bros.’s A&R department, during which time he co-produced Hank Williams Jr. alongside Jim Ed Norman. “Montana Café’” and “Hank Live” both went Gold, and “Born To Boogie” went Platinum, winning CMA Album Of The Year in 1988. Beckett left Warner in 1987 to concentrate on his production career. He has had No. 1 Country records with Eddy Raven, Lorrie Morgan, Alabama, Lionel Cartwright, and Lee Roy Parnell. He also helmed production for Asleep At The Wheel, Kenny Chesney, Jason & The Scorchers, Neal McCoy, KT Oslin, Lee Roy Parnell, and others.

Barry eventually merged back into Rock ‘n’ Roll, producing Grammy nominated Etta James as well as Lynyrd Skynrd, Phish, and Ian Moore. In the early ‘90s, he began producing international acts. He also had much success with the multi-Platinum group Confederate Railroad and Neal McCoy. And in 1994, produced the late Tammy Wynette’s album of duets “Without Walls,” which included such great artists as Sting, Elton John, Aaron Neville, Smokey Robinson, and Wynonna among others.

He is survived by wife Diane and their two sons Matthew, and Mark.