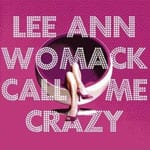 Let’s get the necessary stuff over with first.

The only clear choice for Disc of the Day is Lee Ann Womack and her great performance of  “Solitary Thinkin.’”

The clear choice, at least to me, for a DisCovery Award is Mammouth Jack, whoever that is.

But the real news of the week is being made by another style in Music City. This 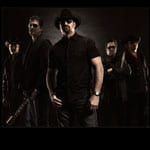 bis your last weekend to catch the musical Jersey Boys at TPAC. Its songs are by Nashville resident Bob Gaudio. The cast actually sings them better than The 4 Seasons did.

It takes awhile in the first act to get to stardom. But when you first hear those magical harmonies blast out on “Sherry,” it’s like an explosion detonates. From there on it’s one breathtaking tune after another—“Big Girls Don’t Cry,” “Walk Like a Man,” “Dawn,” “Big Man in Town,” “Let’s Hang On,” “Can’t Take My Eyes Off You,” “Working My Way Back to You,” “Rag Doll,” “Who Loves You” and the rest.

The book has sex, the Mob, an overdose, gambling addiction, heartache and triumph. This show is a blast, people. GO!

DUE WEST/I Get That All The Time
Writer: Matt Lopez/Jason Deere/John Bettis; Producer: Jason Deere; Publisher: Songwriters of Platinum Pen/Big Bad Deere/Big Loud Bucks/FSMGI/Randi Jae/State One Music America/EMI April/Wyatt and Conway, BMI/IMRO/ASCAP; Bigger Than Me/9 North (CDX) (www.duewest.com)
—In this nicely produced power ballad, the protagonist turns down offers of drugs and sex because he gets his highs from his loving wife and kids. Awwwwww.

BRAD PAISLEY/Then
Writer: Brad Paisley/Chris DuBois/Ashley Gorley; Producer: Frank Rogers; Publisher: none listed, ASCAP; Arista (CDX)
—Very sweet. Brad is softly reminiscing about the love of his life. The shadowing harmonies and keening steel in the choruses are particularly pretty. So is his wordless falsetto sighing in the finale.

GRANDSTAFF/The Statler Brothers Song
Writer: Will Reid/Langdon Reid; Producer: Brian David Willis, Doug Grau & Grandstaff; Publisher: Virginia Grandstaff/Wilson Fairchild, ASCAP/BMI; Yell (CDX) (615-385-1601)
—It even has the boom-chicka production of those old Statler records. “Shirley Jean Burrell,” “Elizabeth,” “Atlanta Blue,” “Bed of Roses,” “I’ll Go to My Grave Loving You,” “Carry Me Back,” “Susan When She Tried” and “Flowers on the Wall” are all name-checked. The harmonies are exactly right. All in all, very clever and listenable. Grandstaff is comprised of Statler sons, by the way.

THE TIME JUMPERS/All Of Me
Writer: Gerald Marks/Seymour B. Simons; Producer: Terry Choate; Publisher: Gerald Marks/Marking Music, ASCAP; Crosswind (CDX) (www.thetimejumpers.com)
—With the divine Dawn Sears singing lead, this Grammy-nominated country swing band makes this golden oldie twirl and spin. A simply delightful listening experience. “All of Me” has been on the charts by Louis Armstrong (1932), Paul Whiteman (1932), Ben Selvin (1932), Count Basie (1943), Frank Sinatra (1948), Johnnie Ray (1952) and Willie Nelson (1978). But it has seldom been swung as well as this.

LUKE BENWARD/Let Your Love Out
Writer: Aaron Benward/Joy Williams/Shaun Shankel; Producer: Shaun Shankel & Aaron Benward; Publisher: Maineville/Spudnut/Shankel/WB, ASCAP; Shine (track) (www.lukebenward.com)
—This isn’t a country record. It’s synthy teen pop recorded in Music City by this 13-year-old heartthrob. Luke stars on the Disney Channel’s time-machine Minutemen show and has been featured in such films as Because of Winn Dixie and How to Eat Fried Worms. His fans don’t know that he sings, yet. But he’s the son of Aaron Benward of Blue County and the grandson of Jeoffrey Benward, who is a CCM star, so he comes by that talent genetically. The chattering beats, electro effects and bouncy, upbeat feeling of this are all very winning. Sunny and irresistible.

JIM ROONEY & ROONEY’S IRREGULARS/No Expectations
Writer: Mick Jagger/Keith Richards; Producer: Jim Rooney; Publisher: ABKCO, BMI; JRP (track)
—When Allen Reynolds announced he was closing Jack’s Tracks, Irishman Jim Rooney knew just what was called for, a wake. Pat Alger, Shawn Camp, Jellyroll Johnson, Pat McLaughlin, Sam Bush, Nanci Griffith, Tim O’Brien and Jack Clement all gathered to make music in the legendary studio one last time. On the resulting Farewell to the Tracks CD, Allen’s “Wrong Road Again,” “We Must Believe in Magic,” “Dreaming My Dreams” and “Ready for the Times to Get Better” are dutifully covered by the rootsy, jolly acoustic band, as are such faves as “Busted,” “Ramblin’ Man” and “Goin’ Gone.” The set closes with a rousing, uptempo version of this Stones standard with everybody involved getting a turn at the mic. It’s kind of a private thing, but find a copy if you can. I understand that Garth Brooks has since bought and is refurbishing the studio.