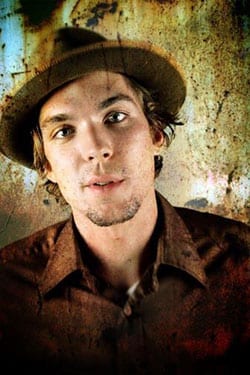 Justin Townes Earle is up for Artist, New Artist, and Album of the Year at the Americana Awards.

Justin Townes Earle, The Flatlanders, and Jason Isbell & The 400 Unit are the latest artists to confirm their appearances at this year’s Honors & Awards show. Set for September 17th at the historic Ryman Auditorium, the Americana Honors & Awards ceremony will toast winners in six member-voted categories and bestow Lifetime Achievement Awards on Asleep at the Wheel (Performance), Sam Bush (Instrumentalist), Jim Rooney (Producer/Engineer) and several others.

Earle is nominated for Artist of the Year, Album and New/Emerging Artist. The 40-year friendship between Joe Ely, Jimmie Dale Gilmore and Butch Hancock—which unites them as The Flatlanders— earned the trio two 2009 nominations: Duo/Group of the Year and Song of the Year. Jason Isbell & The 400 Unit are Album of the Year nominees.

This year’s event will also bring appearances by the Belleville Outfit, Rodney Crowell, The Gourds, Nanci Griffith, Raul Malo, John Prine and many others. Presented by the Gibson Foundation, the Honors & Awards will once again be hosted by Jim Lauderdale along with Buddy Miller and his All-Star band.