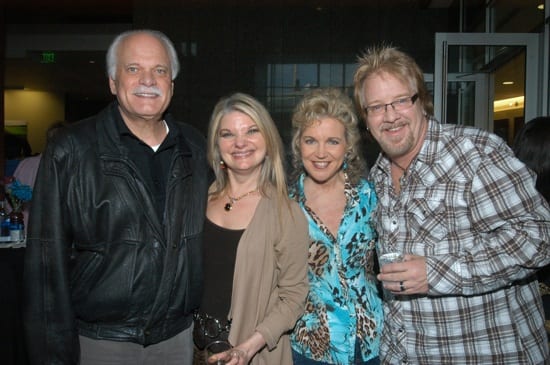 A pre-party works much better.

Until a couple of years ago, Tin Pan South celebrated its successes with post-event bashes. Now it has a kick-off party that catches people while they’re still fresh for the fray. What’s more, it is a top-notch bash. 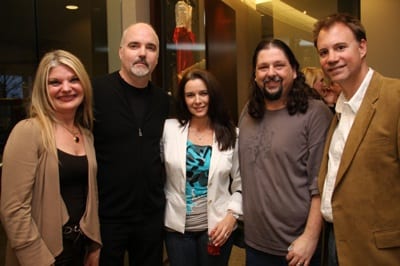 I met Guy Gilchrist, which was a thrill. “Guy, who?” you ask. He is the cartoonist behind Nancy, the one who puts country stars names on the fronts of Aunt Fritzi Ritz’s tight, well-endowed shirts in the comic strip. It turns out that (1) he’s a Nashville resident and (2) is a country songwriter. Who knew? Anyway, he looks kinda like a kindly country outlaw with his long hair and big cowboy hat.

When I looked at the newspaper this morning next to the comic strip, sure enough, his web address is guygilchristmusic.com. And when you go there, you can hear him singing and have the opportunity to buy his debut EP. Go for it, buddy.

Also in the crowd were such out-of-town tunesmiths as Steve Dorff (“I Cross My Heart,” “Heartland”) and Eric Kaz (“Cry Like a Rainstorm,” “Love Has No Pride”).

Another visiting from out of town was Ken Paulson, the CEO of the Freedom Forum, Newseum and Diversity Institute in D.C. Ken is preparing a gala to honor Mary Chapin Carpenter there, and he had a very good question for Erika Wollam Nichols: “How do you tell who to let in from the online/blogosphere community?” “That’s a very good question, and I don’t know the answer,” sez I. “You’ll have to ask a publicist.” Where was attendee Kay Clary when we needed her? Does anyone else know the answer to this?

I was happy to congratulate Will Kimbrough on his super new CD Wings. Check out his highly personable EPK on his website.

Trent Summar (Jack Ingram’s “Free” and “Love You”) reports that he has signed with Universal as a tunesmith. His wife, Casey Gill Summar, is the executive director of Tennessee Volunteer Lawyers for the Arts, which gives legal aid to underprivileged songwriters, musicians, filmmakers, visual artists and such. Isn’t that a worthy thing?

“I never see you at Music Row parties,” said Alan Rhody wryly. “That’s because you never go to any,” I replied, to which he heartily agreed, laughing. 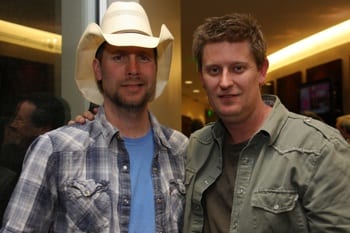 If you thought the BMI and ASCAP lobbies were echo chambers, let me introduce you to the marble-and-glass lobby of Regions Bank. As the event progressed, the place became deafeningly loud.

But there were definitely compensations. Lisa Harless informed us that the party was (brilliantly) catered by Maggiano’s. We dined on shish-ka-bobs, meatballs, prosciutto-wrapped melon, asparagus and other roasted veggies, plus lox, capers and hard boiled eggs, among more delights. One table groaned under a bounty of cookies, tortes, puddings, fruits, brownies, cakes, bon-bons and chocolate-covered strawberries.