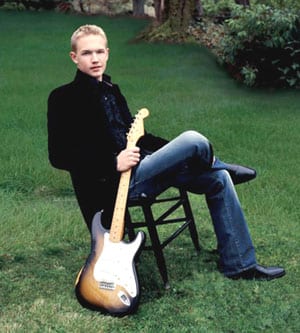 Blaine Larsen will be the flagship artist of Treehouse Records, the new label launched by Morris Management Group’s Dale Morris, Clint Higham and Mike Betterton, through a partnership with Front Line Management and TicketMaster CEO Irving Azoff. “This is a labor of love for Blaine, because we believe in him,” Higham explained today.

Larsen, 23, has been signed with Morris Management for five years, where the firm has grown his career and feel he is poised for major success. When deciding what the next move was for Larsen, Higham says, “We didn’t want to wait in line at another label.” Morris Management Group was already under Front Line Management’s umbrella when the companies began considering opening a label. “We thought, ‘labels are gearing up to be in management, so why couldn’t we do the same thing,’” Higham explains. 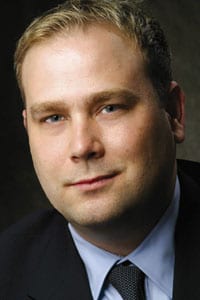 One advantage to the small roster he says is that while “other labels are asking [radio] for 20 artists, we’re asking for one.” Larsen is starting his radio tour today, with the first single due in July. The album, seven months in the making, is complete. Besides radio, digital marketing will also be a large component of Larsen’s launch because he is already very active online.

Larsen, a former BNA Records artist, had a Top 20 hit in 2005 with “How Do You Get That Lonely,” followed a year later by “I Don’t Know What She Said,” which went Top 25. The relationship didn’t last, but Higham adds, “We have nothing but respect for Joe Galante and his team.”

Announcements about staff and distribution are expected in the coming weeks. As far as any other acts being added to the roster, Higham says, “Only time will tell.”