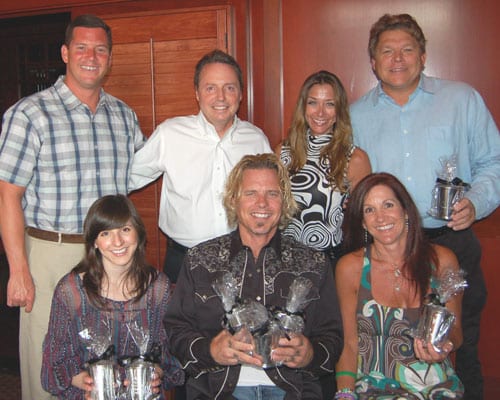 Perennial hitmaker Jeffrey Steele carved time out of his busy schedule to celebrate the success of his No. 1 single “Here” at a private dinner hosted by BMI at Fleming’s on Monday, June 8. Recorded by Rascal Flatts, “Here” marks Steele’s eighth No. 1 hit, four of which have been recorded by the band. Steele and the top-selling trio’s past collaborations include “These Days,” “My Wish,” and “What Hurts the Most.” 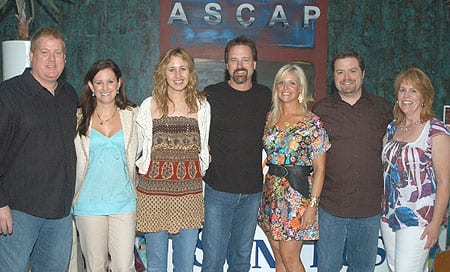 Producer Frank Rogers is spearheading a new charity called NOTES that will fund programs that bring music, art and literacy to school age children. He co-founded the initiative with Debi Cali of Baldacci Family Vineyards in Napa Valley, CA. Rogers announced the first fundraiser yesterday at ASCAP. Nashville in Napa will take place Sat., Aug. 1 at the Baldacci Family Vineyards, including performances by Jessi Alexander, Jon Randall and others, and food and wine by Napa chefs and winemakers. www.NashvilleInNapa.com
————————— 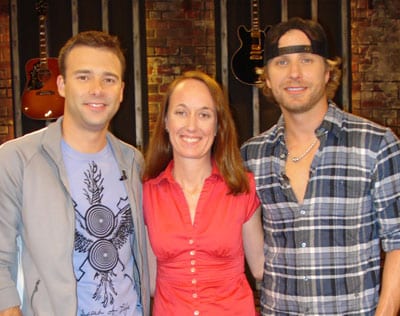 Dierks Bentley stopped by CMT Top 20 Countdown to chat with host Lance Smith about his latest video, “Sideways,” which is making its way up the countdown, as well as his new partnership with CMT One Country to bring his annual “Miles & Music For Kids” fundraiser nationwide, with proceeds benefiting Children’s Miracle Network hospitals. The “Miles & Music For Kids” kick off event will be held at Nashville’s Riverfront Park on Sun., Oct. 11.