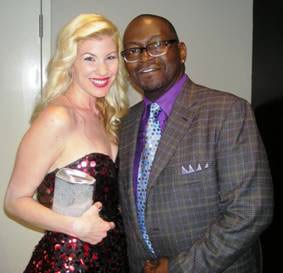 More than 9.6 million viewers cumulative* tuned in for the premiere and encore telecasts of the 2009 CMT Music Awards on Tuesday, June 16 on CMT. This makes it the network’s most-watched telecast of the year, and ranks it third in the history of the awards. Increased fan interaction online led CMT.com to a record 7.5 million votes for this year’s Awards, up 45% from last year’s 5 million. The entire show can be viewed at CMT.com.

Fans also flocked to CMT.com after the show, where the site hit an all-time high with over 1 million single-day streams on Wednesday, June 17. Taylor Swift and T-Pain’s “Thug Story” became the most-streamed video for the day and now holds the record for best video premiere ever on CMT.com. Sugarland’s “Love Shack” featuring the B-52s is the No. 2 streaming performance from the show, with Kellie Pickler’s “Best Days Of Your Life” ranking No. 3.