The GMA Foundation inducted artists Michael W. Smith, Dolly Parton, Dr. Bobby Jones and The Dixie Hummingbirds along with music producer Lari Goss into the GMA Gospel Music Hall of Fame on Feb. 2 at a ceremony at Richland Country Club.

Established in 1971, the GMA Gospel Music Hall of Fame has inducted more than 150 members including Elvis Presley, Amy Grant, the Blind Boys of Alabama, Sandi Patty, The Oak Ridge Boys, Bill and Gloria Gaither, Billy Graham and the Jordanaires. 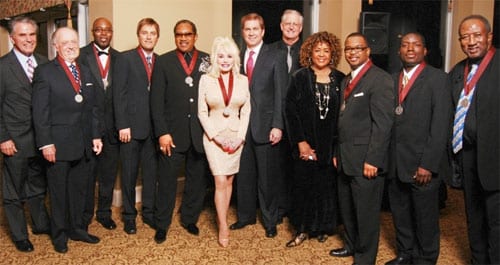