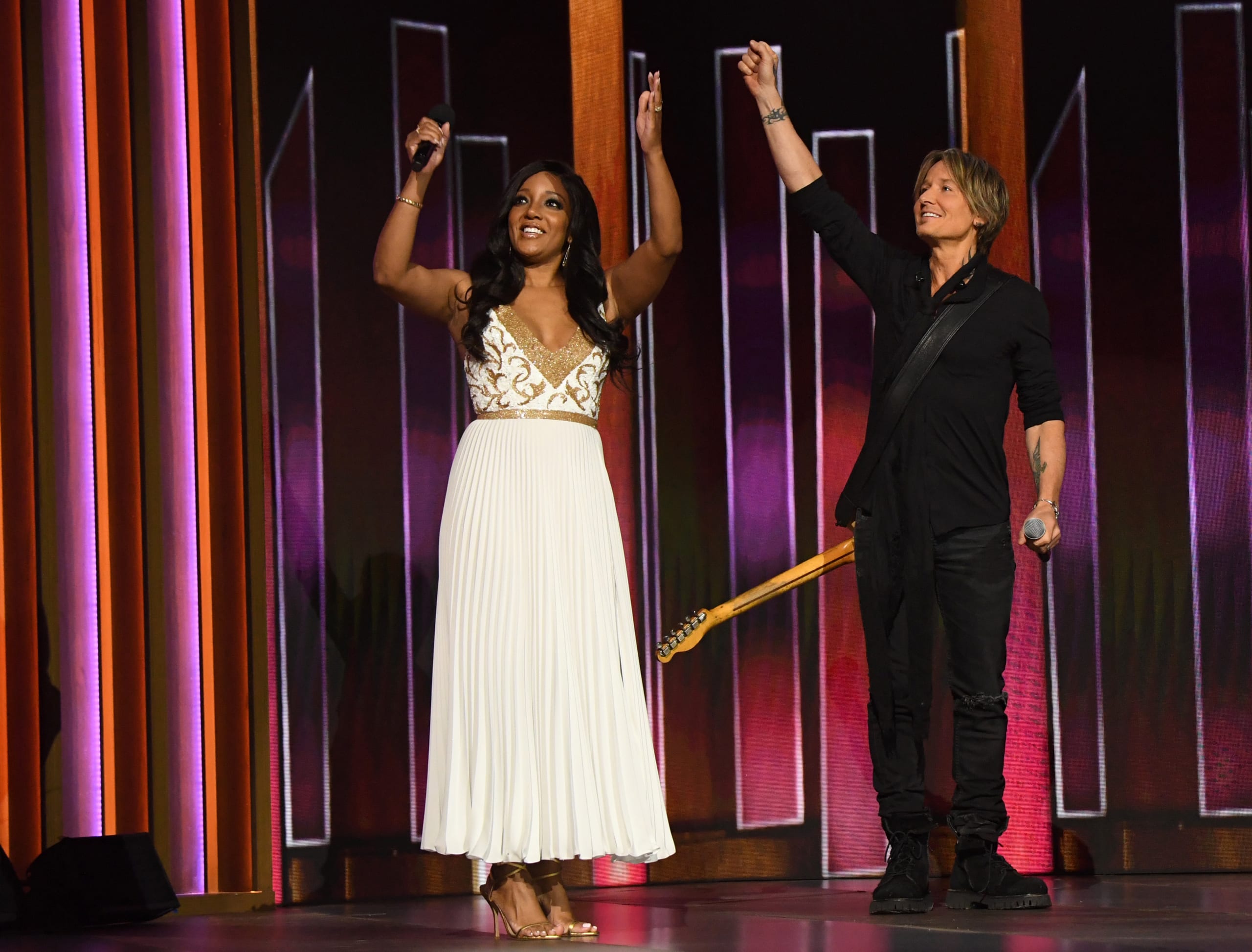 The show kicked off at the Grand Ole Opry House with Miranda Lambert and Elle King performing their lively new duet, “Drunk (And I Don’t Wanna Go Home),” clothed in leather jackets with colorful fringe.

Urban and Guyton welcomed viewers, and pointed out that healthcare workers from Vanderbilt Health were in attendance, socially distanced in the seats.

Chris Young and Video of the Year winner Kane Brown started things off at the Ryman Auditorium with a performance of their duet, “Famous Friends.” Over at the Bluebird Cafe, Lambert joined Stapleton on his tear-jerking song about his lost dog, “Maggie.”

In his first appearance since his car accident, Blanco Brown was on hand to present the first award of the night. Group of the Year was awarded to Old Dominion, their fourth time winning the honor. 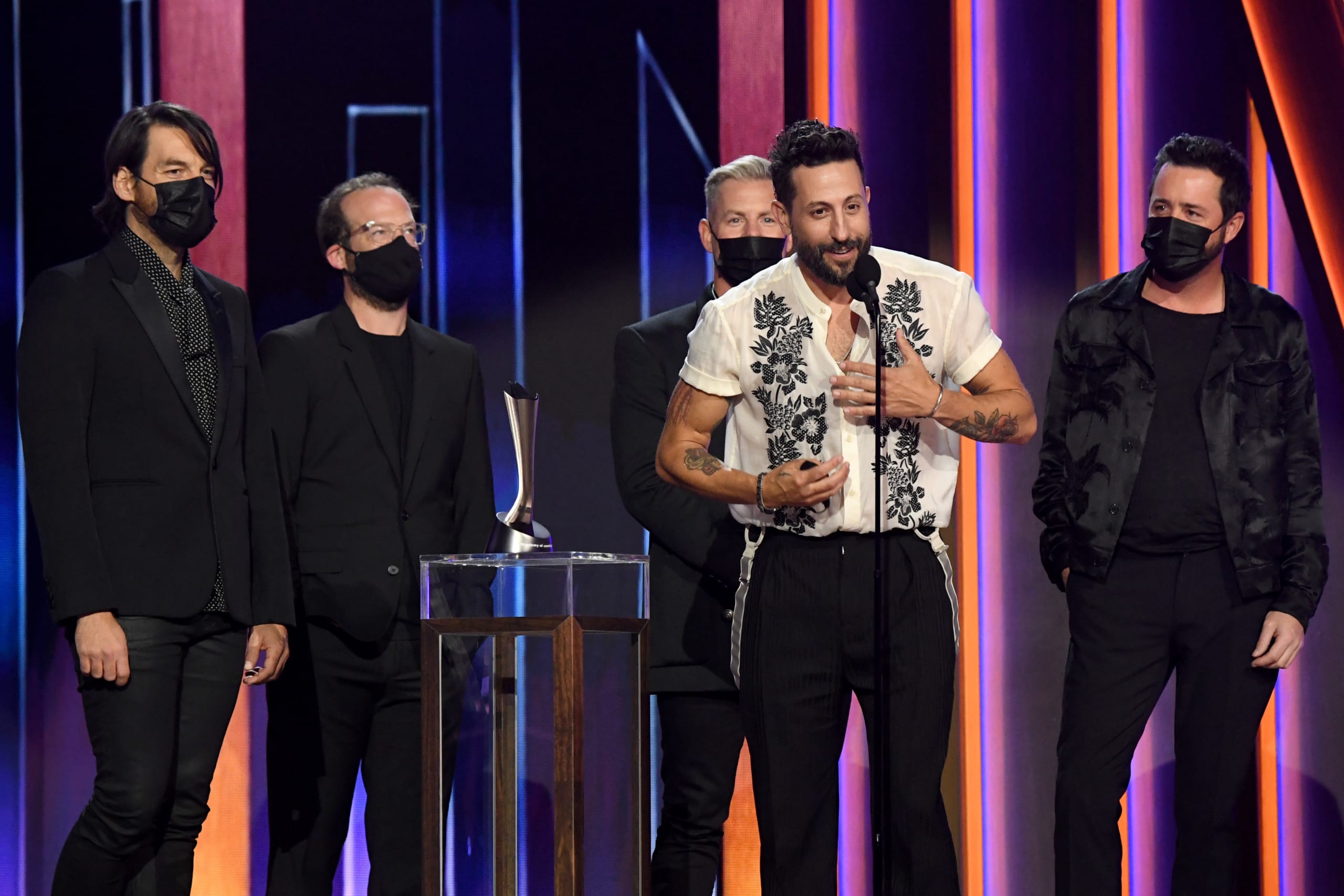 Morris and Ryan Hurd came together for a romantic performance of their duet, “Chasing You,” before Lady A lit up Nashville’s Bridge Building stage with their snazzy “Like A Lady.” New Female Artist of the Year Gabby Barrett performed an intimate version of “The Good Ones” from the Bluebird Cafe.

Darius Rucker presented Song of the Year to “The Bones” songwriters: Morris, Jimmy Robbins and Laura Veltz. “Song of the year is something that I’ve dreamt of for so long,” an emotional Morris said when accepting the award. 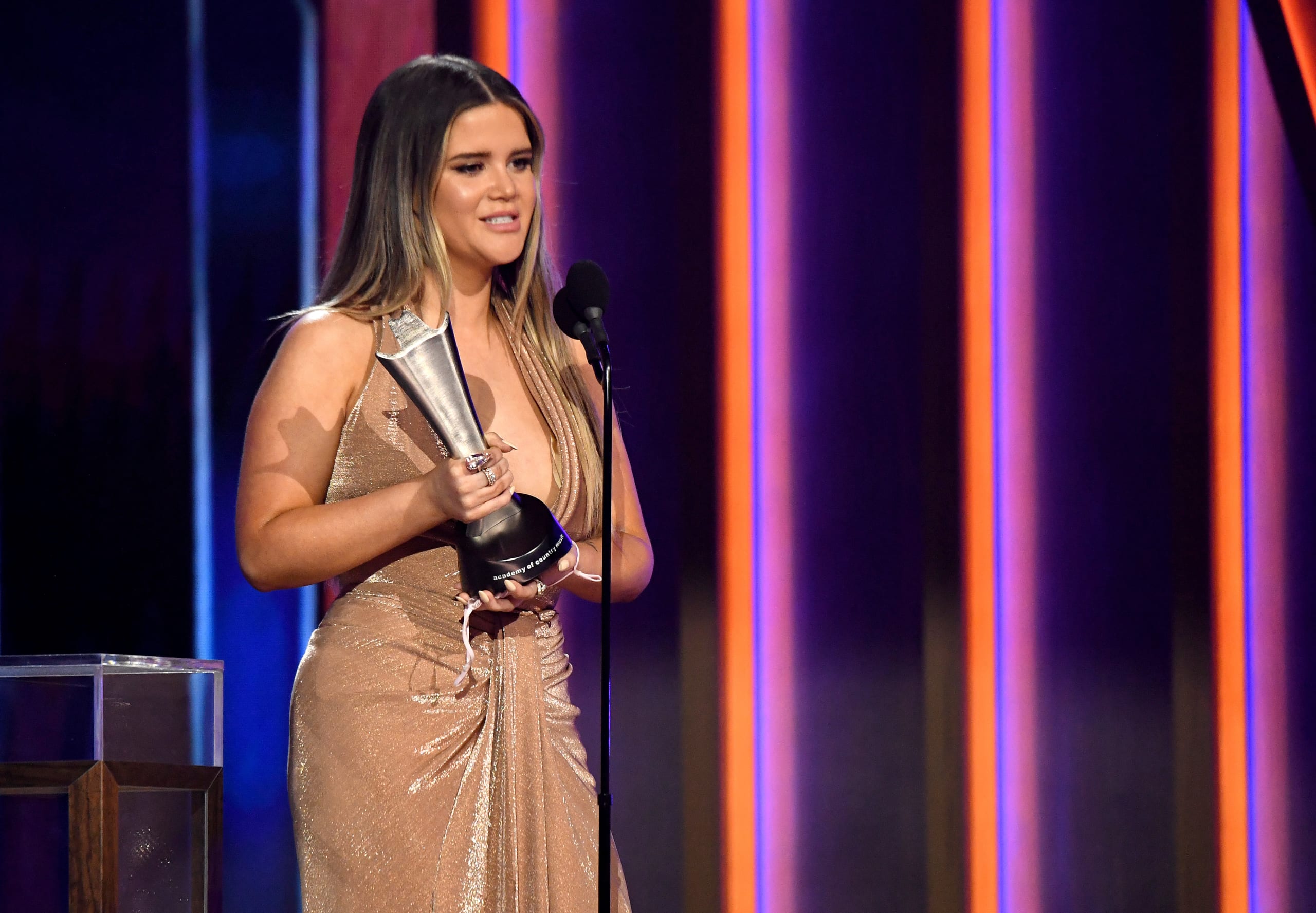 Dierks Bentley performed from The Station Inn, honoring late venue owner JT Gray by singing U2’s “Pride (In The Name of Love).” The War and Treaty and Larkin Poe joined Bentley for the bluegrass-tinged anthem.

Carrie Underwood did a breathtaking medley of gospel songs from her new My Savior album, starting with an a cappella rendition of “Amazing Grace,” before being joined by gospel great CeCe Winans and a choir for “Great Is Thy Faithfulness” and “The Old Rugged Cross.” Underwood finished her performance with a stunning finale—”How Great Thou Art.” 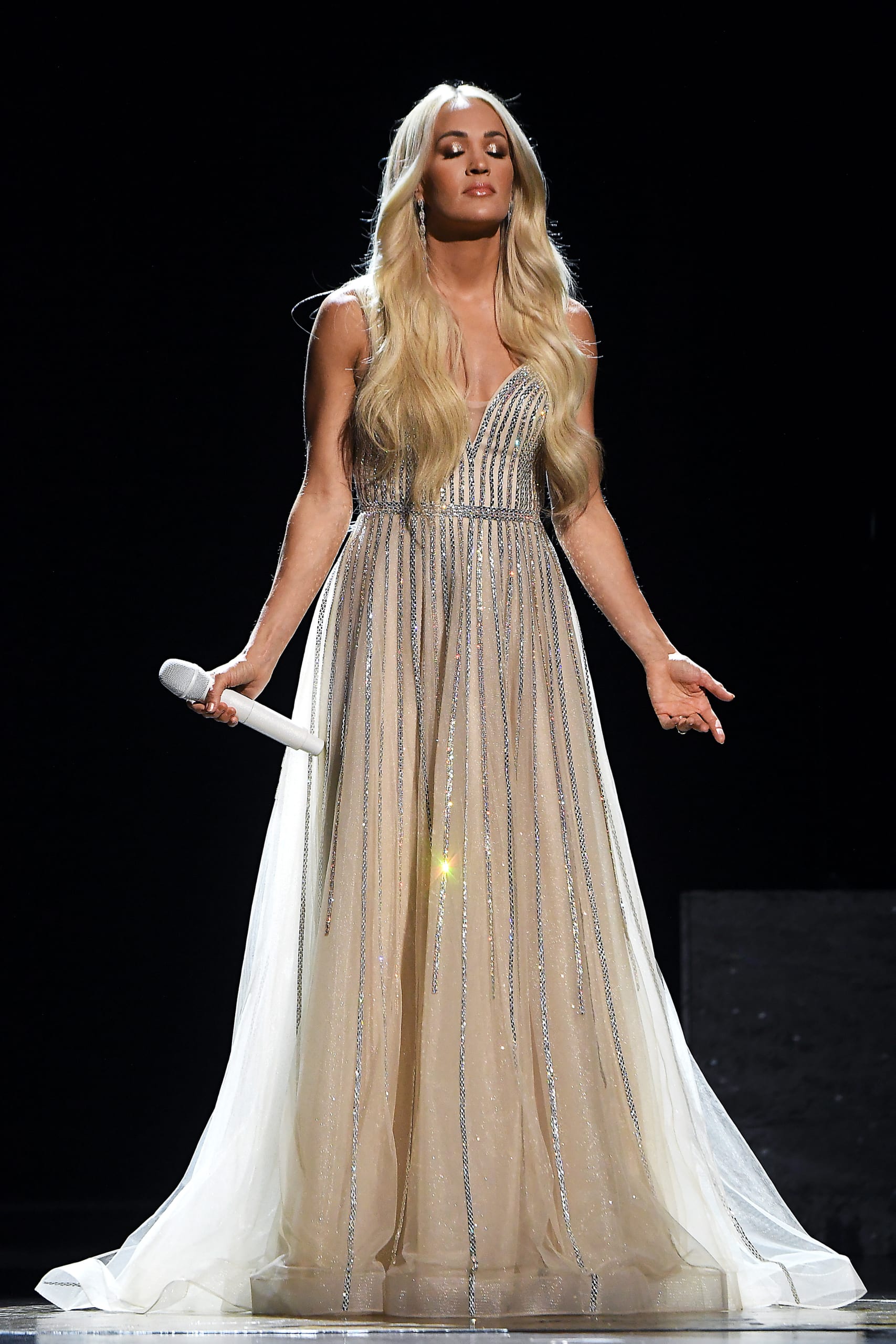 Another country superstar, Eric Church, followed Underwood with “Bunch of Nothing” from his brand new album Heart.

Dan + Shay did an acoustic version of their “Glad You Exist” at the Bluebird. Luke Combs performed “Forever After All” with a socially distanced orchestra. Lambert, the most awarded artist in ACM history, performed “In His Arms” with Jon Randall and Jack Ingram. The tune is on their upcoming album, The Marfa Tapes.

New Male Artist of the Year Jimmie Allen sang his and Brad Paisley‘s duet “Freedom Was A Highway.” Paisley—who was supposed to be out of town—surprised Allen by joining him on stage just in time for his verse at the Bluebird Cafe. 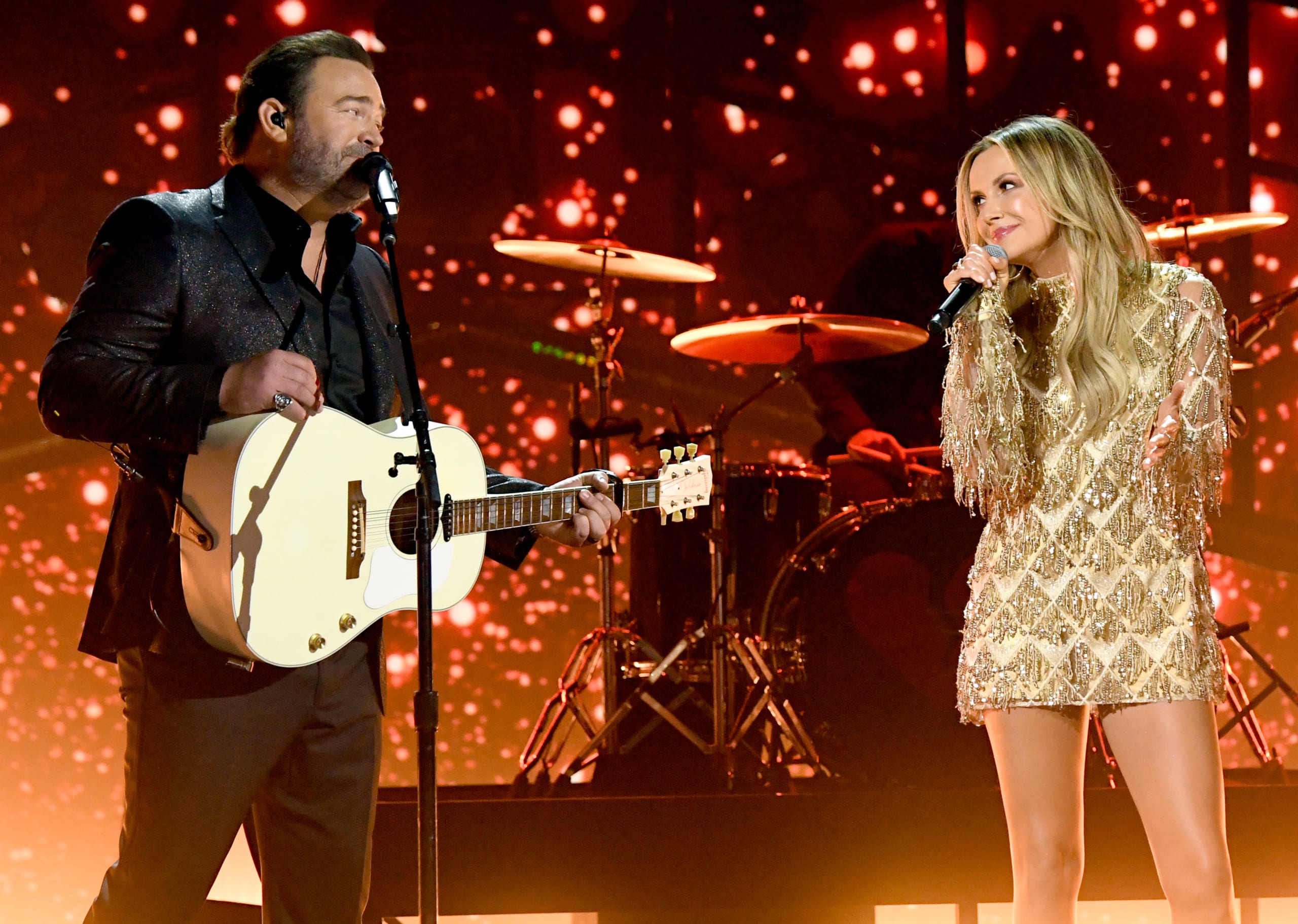 Alan Jackson took the Ryman stage next, performing a mashup of his “Drive (For Daddy Gene)” and new tune from his upcoming album, called “You’ll Always Be My Baby.” Photos of his family lit up the stage behind him. The latter tune was written for his daughters’ weddings. 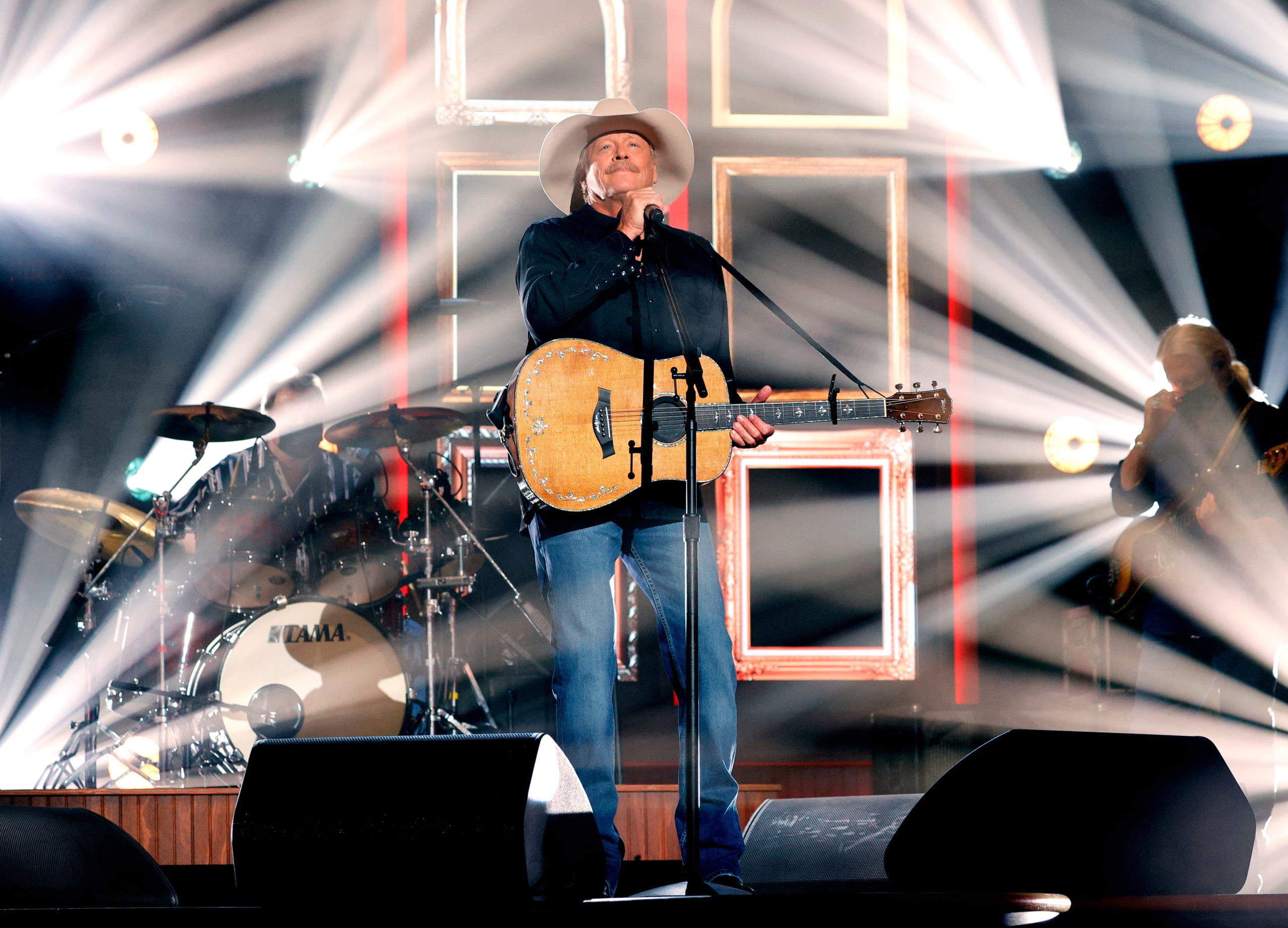 Blake Shelton performed his breakout hit “Austin,” which is celebrating its 20th birthday. He then launched in to his newest single, “Minimum Wage.”

Dolly Parton introduced the ever-charming Leslie Jordan via video message. Jordan—who introduced himself as “portable wagoner”—presented Duo of the Year to Dan + Shay. The grateful duo accepted their award from the Bluebird Cafe. 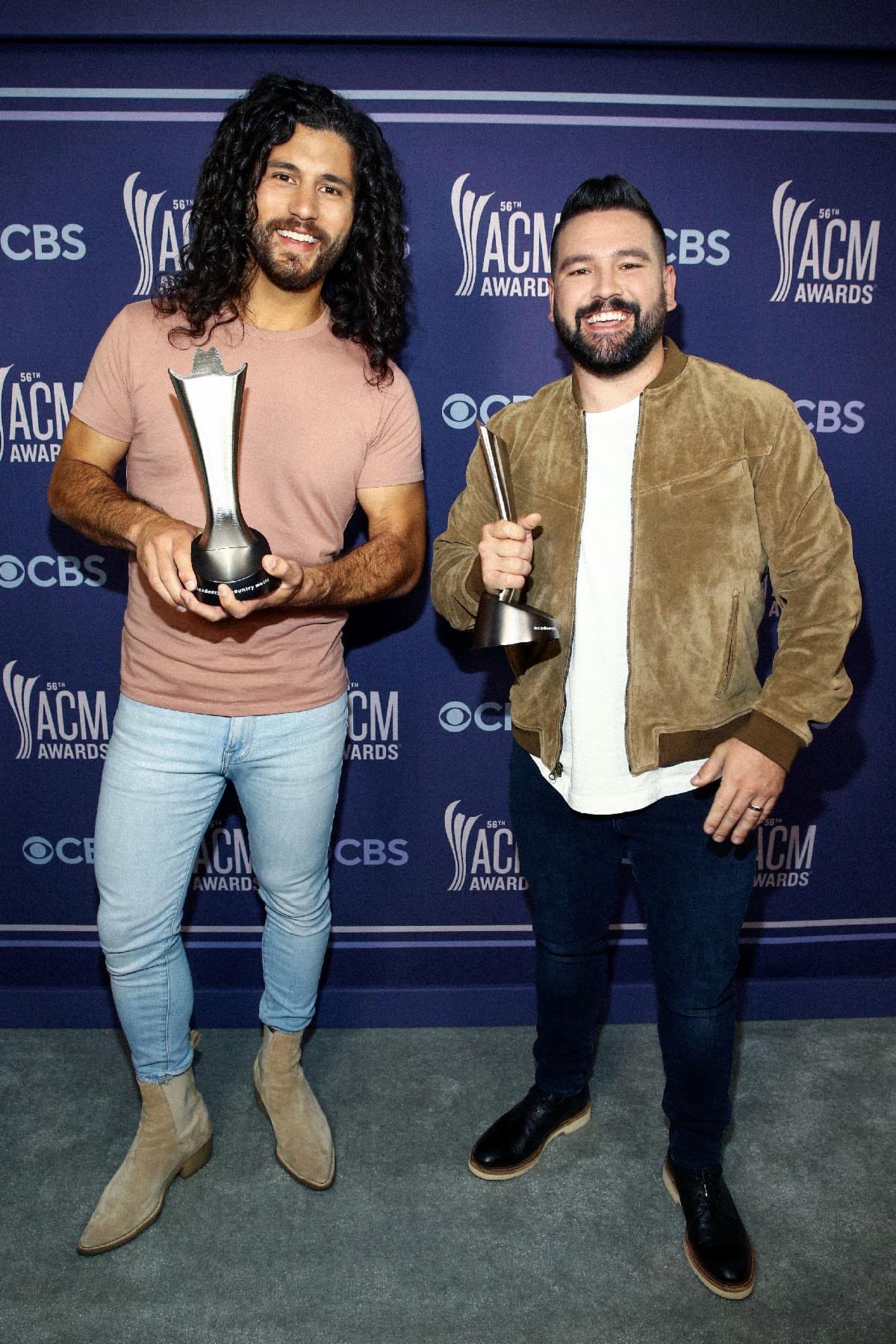 Photo: Getty Images / Courtesy of the Academy of Country Music

Next, Pearce and Brice took the stage to perform their Single of the Year and Music Event of the Year winner, “I Hope You’re Happy Now.” Guyton gave a soulful performance of “Hold On,” and co-host Urban performed a rocking song “Tumbleweed” from his newest album, The Speed of Now Part 1.

Ingrid Andress presented Male Artist of the Year to Rhett, marking his third win in the category, and eighth win overall. Rhett also performed his brand new song “Country Again” and followed up with the premiere of “What’s Your Country Song.” 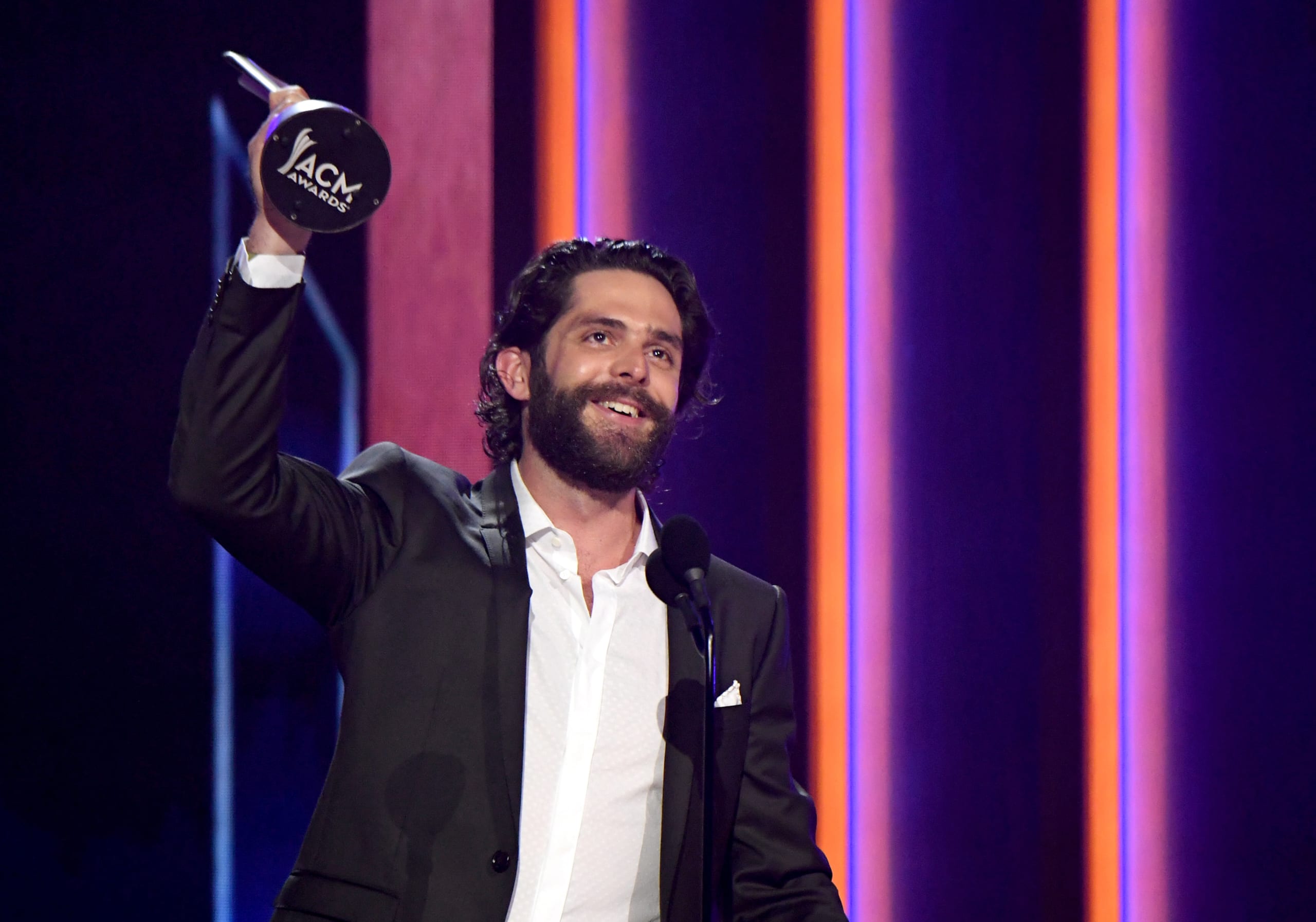 East Tennessee natives Kelsea Ballerini and Kenny Chesney shined on “Half of My Hometown.”

Thee-fourths of Little Big Town performed their raucous “Wine, Beer, Whiskey” from the streets of downtown Nashville. Phillip Sweet, who was at home due to a diagnosis with COVID, introduced the band via video.

The final award, Entertainer of the Year, was presented by the hosts to Bryan, his third time winning the award and his tenth ACM win overall. The American Idol judge accepted it via live stream video from Los Angeles. Bryan thanked the Capitol Nashville team, his manager Kerri Edwards, his crew, his family, and country music fans. “Oh my God! Y’all got me. What an honor,” Bryan said. “I miss being on the road. It’s what makes me an entertainer. We’ll be back out there doing what we love soon.”

Brothers Osborne performed their new song “I’m Not For Everyone,” and then closed the show with “Dead Man’s Curve.” 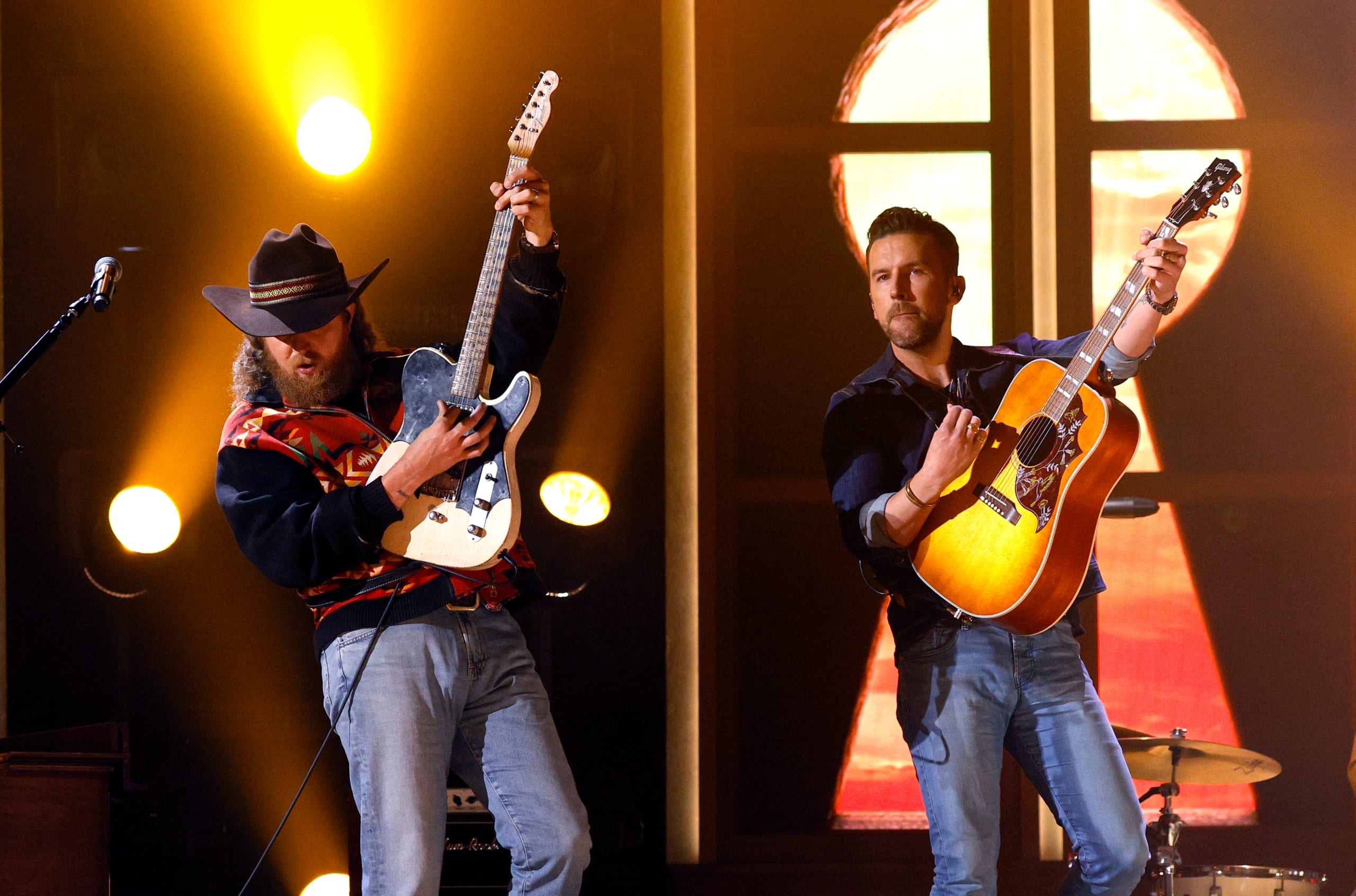