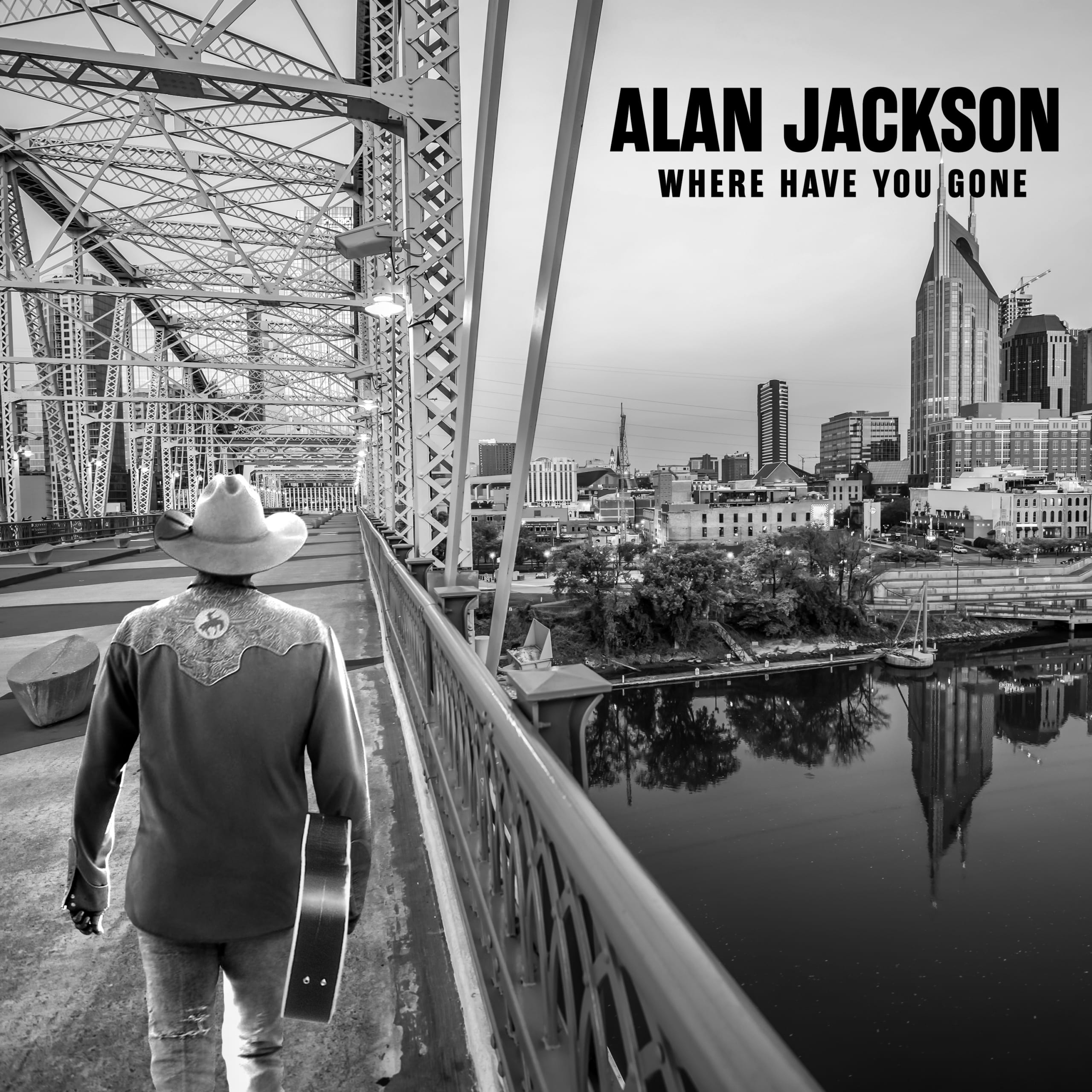 Alan Jackson is returning with his first album of all new music in six years this spring when Where Have You Gone arrives Friday, May 14.

The expansive collection includes 21 tracks, 15 penned by Jackson himself, and was produced by Jackson’s longtime producer Keith Stegall. The project is his 16th studio album, and the 25th in a storied career that includes two Christmas albums, two gospel albums, three Greatest Hits collections, a bluegrass album, and one boxed set.

Led by the self-penned title track, Where Have You Gone is highlighted by songs like the poignant “Things That Matter” and the heartache-filled “Way Down in My Whiskey.” In a more personal vein, “You’ll Always Be My Baby” and “I Do” were both written for Jackson’s daughters’ weddings, while “Where Her Heart Has Always Been” was penned for his mother’s funeral and includes a recording of her reading from The Bible. There’s also plenty of fun to be had on barnburners like “Livin’ On Empty,” “Back” and “Beer:10.” And, in the spirit of the album’s overall sound, “That’s the Way Loves Goes (A Tribute to Merle Haggard)” is a bonus track.

“It’s a little harder country than even I’ve done in the past,” Jackson says. “And it’s funny, I was driving and listening to the final mixes Keith sent me, and I started to tear up. I was surprised to get so overly emotional, but I just love this kind of music. When I write, I visualize back home and growing up. Real country songs are life and love and heartache, drinking and Mama and having a good time…but it’s the sounds of the instruments, too. The steel and acoustic guitar, the fiddle – those things have a sound and a tone…and getting that right, the way those things make you feel, that’s country, too.”

“Alan’s taken his experiences over the last six years and implemented his poet’s perspective to weave together a masterful love letter to country music,” says UMG Nashville President Cindy Mabe. “This is Alan’s story but it’s also the story of country music. This music love letter was written about the most universal experiences in life, almost exclusively with Alan’s own pen, and it’s once again a reminder of what a one-of-a-kind creator he truly is.”