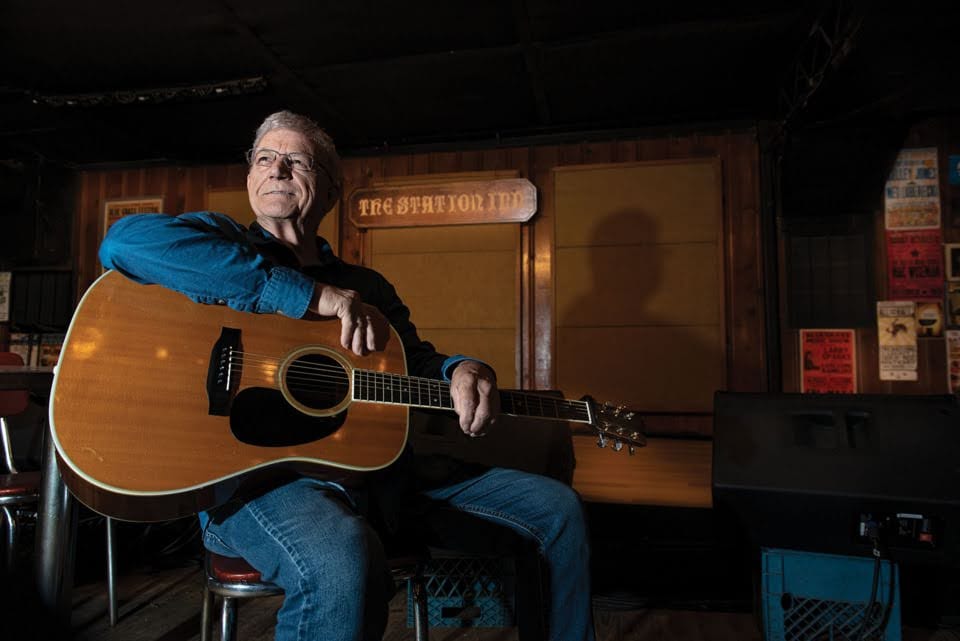 He was a 2020 inductee into the Bluegrass Music Hall of Fame.

On March 14, Gray appeared on international television during the Grammy Awards salute to America’s independent nightclubs. He always described The Station Inn as “a listening room.” The venue was a destination for lovers of acoustic music and hosted virtually all the top names in bluegrass for more than 40 years.

Gray was a guitarist and singer who was born in Corinth, Mississippi. He moved to Music City in 1971 to become a member of the Nashville-based bluegrass band The Misty Mountain Boys. The group played at venues throughout the city, including The Bluegrass Inn and Old Time Picking Parlor downtown and the Opryland theme park.

In 1976, he formed his own band, J.T. Gray & The Nashville Skyline. He took a hiatus from the group to become a member of Jimmy Martin’s Sunny Mountain Boys in 1979-81, then resumed leading Skyline. At various times, he also backed Vassar Clements, The Sullivan Family and Tom T. Hall.

He left Martin’s group to acquire The Station Inn in early 1981. Founded in 1974, the club was originally at 104 28th Ave. N., near Vanderbilt. In 1978, it moved to 402 12th Ave. S., in a then nearly deserted industrial area called The Gulch. It has remained there, now surrounded by modern condos, upscale retail establishments and fancy restaurants.

Gray renovated the club, which included installing some seats from the Flatt & Scruggs tour bus and decorating its wood-paneled walls with vintage posters. At first, he featured his Nashville Skyline band and other local acts. The Bluegrass Cardinals were the first national bluegrass stars to play the venue, followed the next day by Country Gazette. The humble, 150-seat club was soon full of bluegrass lovers.

The then-unknown family group The Whites began building a following via regular appearances at The Station Inn in 1981-82. The Nashville Bluegrass Band and The Dreadful Snakes got their starts at the nightclub. The venue was also a training ground for future country stars Dierks Bentley, Alison Krauss, Chris Stapleton and Vince Gill.

Bill Monroe began dropping by unannounced to sit in with whoever was on stage. Ralph Stanley became a visitor, too. At one point, Stanley was joined at the club by his former band members Ricky Skaggs and Keith Whitley for an impromptu reunion. Such serendipitous events became common at The Station Inn. Among other notables known to drop in to “jam” were Bela Fleck, Stuart Duncan, Mark O’Connor, Alan O’Bryant, Roland White, Tim O’Brien, Sam Bush, Vassar Clements and Jerry Douglas. The club’s weekly Sunday night jam sessions were famous. Opry stars often dropped by following their Friday and Saturday night WSM broadcasts.

The Station Inn had a number of regular performers. Gray formed his band 16th Avenue in 1985, then assumed leadership of The JT Gray Band in 1988. That group endured as Station Inn mainstays until his passing. Peter Rowan & Crucial Country were resident Station Inn entertainers, as was the Sidemen group formed by Rob & Ronnie McCoury, which appeared at the club for 16 years. The Time Jumpers were weekly visitors at the venue for 13 years beginning in 1998 before outgrowing its capacity. The hilarious Doyle & Debbie country parody shows were also fixtures at The Station Inn. Jim Rooney staged his annual birthday celebrations there with John Prine. The old-time country band Old Crow Medicine Show was also a resident attraction.

But keeping the little club afloat was a constant challenge in the early years. Gray sometimes took work as a coach-bus driver for various touring music stars and did other “outside” jobs.

By 2000, the nightclub had become known worldwide as a bluegrass shrine. It was used for photo shoots and as a location for music videos. It was the site of live albums by singer-songwriter Shawn Camp and Grand Ole Opry comic/musician Mike Snider. Celebrities who visited the venue included Robert Duvall, Reese Witherspoon, William Shatner, Mel Gibson and Peyton Manning.

Gray began to face health challenges around this time. He had a series of heart-bypass operations while still in his 50s. Nevertheless, in 2005 he issued his first and only album, It’s About Time.

In recent years, the nightspot has launched a web channel—Station Inn TV—to live stream performances. Thousands of fans worldwide have tuned in.

Throughout his life, JT Gray was a kind soul, a Southern gentleman and a generous spirit. He created a warm, welcoming environment for acoustic musicians and their fans, a venue where connections were made, collaborations were born, songs were auditioned and talent was nurtured.

Funeral arrangements are private, for the family. A Station Inn celebration of the life of JT Gray will be announced at a later date.