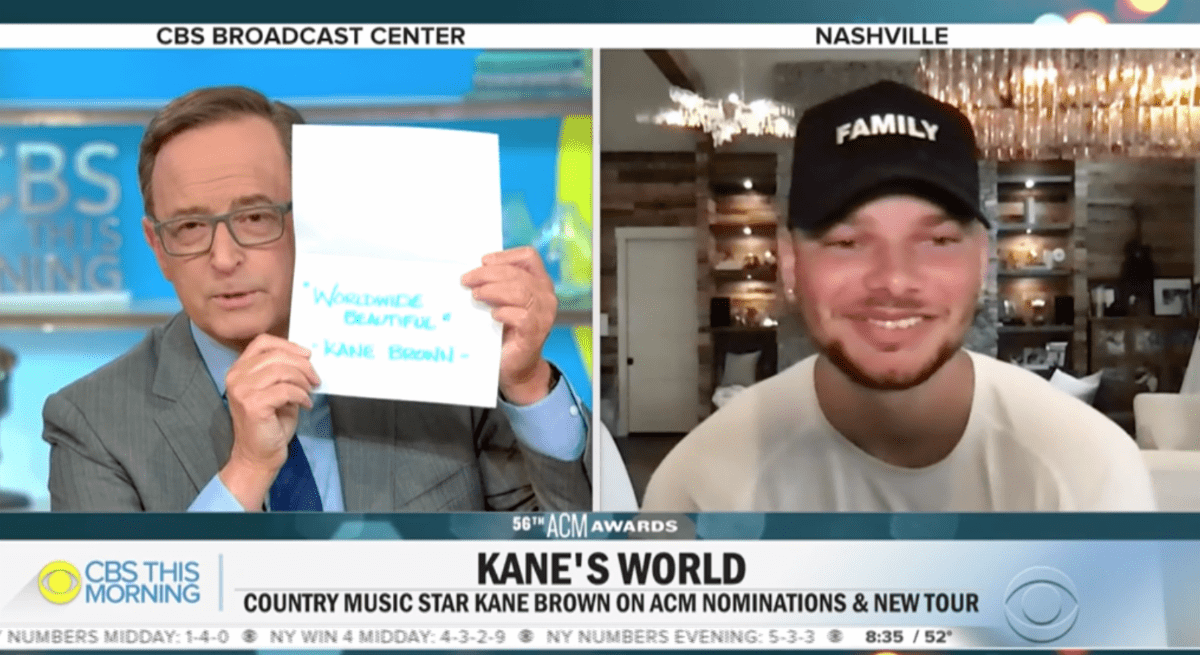 Kane Brown received a big surprise on-air today from anchors Gayle King, Anthony Mason and Tony Dokoupil on CBS This Morning as he discussed his two ACM nominations and the launch of his upcoming Blessed & Free Tour.

Brown co-wrote the song with Shy Carter, Ryan Hurd and Jordan Schmidt. He pledged to raise funds for the Boys and Girls Club of America with the proceeds from the song “Worldwide Beautiful,” and recently donated $100,000 to the organization.

Brown is also nominated for ACM Album of the Year and will perform on the ACM Awards telecast this Sunday, April 18th.