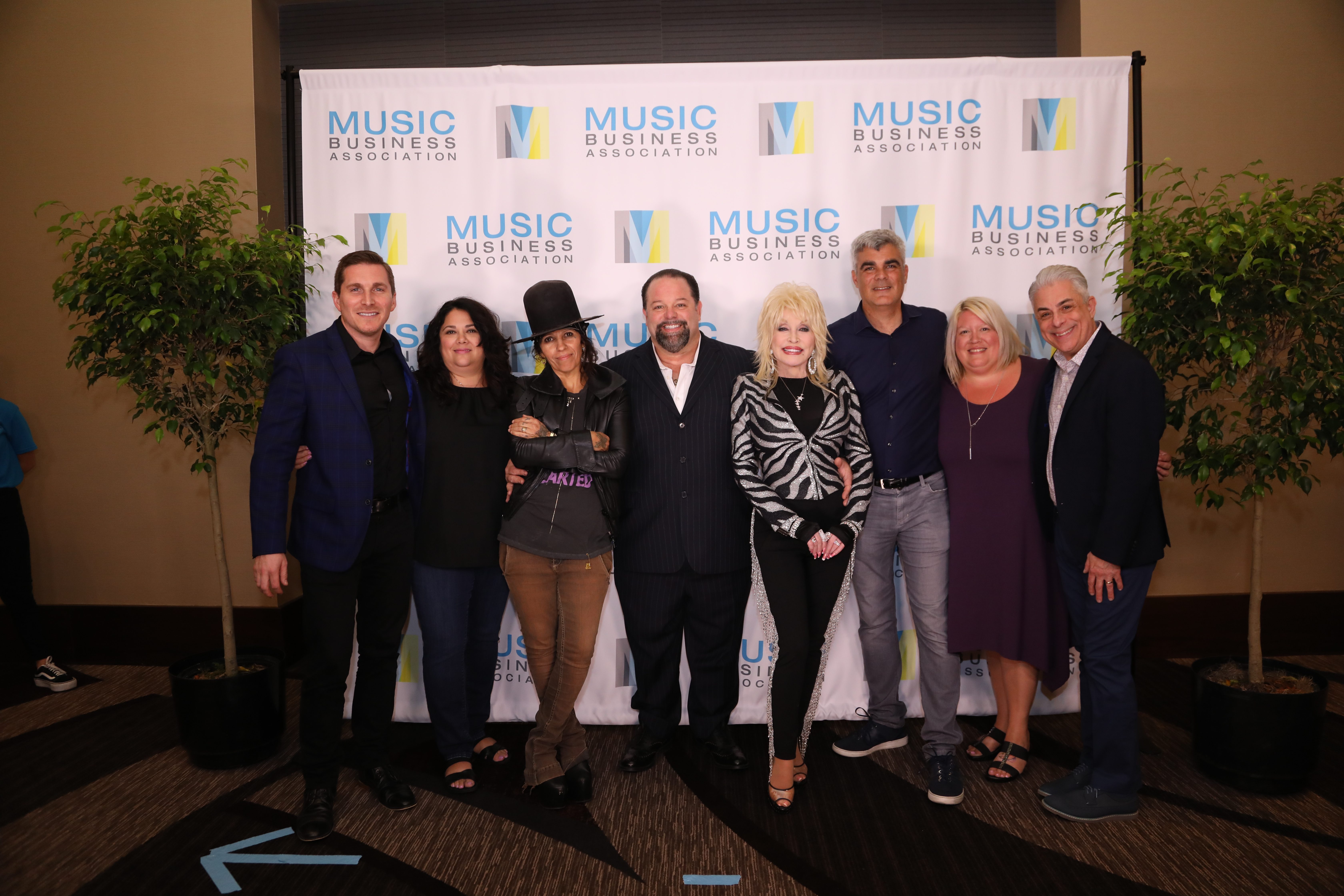 This year’s Music Biz conference is taking place in Nashville, and has welcomed several heavy hitters discussing their careers, including music legend Dolly Parton. The conference’s “Leading Ladies Speak Out” panel has become one of the event’s most highly-anticipated sessions, and 2018 was no exception.

Moderated by Billboard’s Melinda Newman, the session included a discussion about songwriting and collaboration with Dolly Parton and songwriter-producer Linda Perry, who has worked with Adele, Pink, and Christina Aguilera, among others.

Parton and Perry discussed their songwriting collaboration on music for the upcoming movie Dumplin’, which stars Jennifer Aniston. They revealed that the project, which includes six older Parton songs and six new songs, will feature Dolly in vocal collaborations with other female artists, including Sia and Miley Cyrus.

Perry praised Parton’s tireless work ethic and passion for music, which remains vivid after more than five decades in the industry.

“Most singers take days to cut one song,” Perry told Parton. “You cut six songs in one day! People ask me what I’m doing now—I’m not doing sh**, because I don’t wanna work with anyone else.”

Parton commented on her devotion to her career and her dream saying, “People ask ‘how do you work all the time?’ Because I dreamed myself into a corner. Now I have to be responsible for those dreams. And I couldn’t be happier, because every dream I have brings on a new dream, like a tree with deep roots and branches and a lotta leaves.” 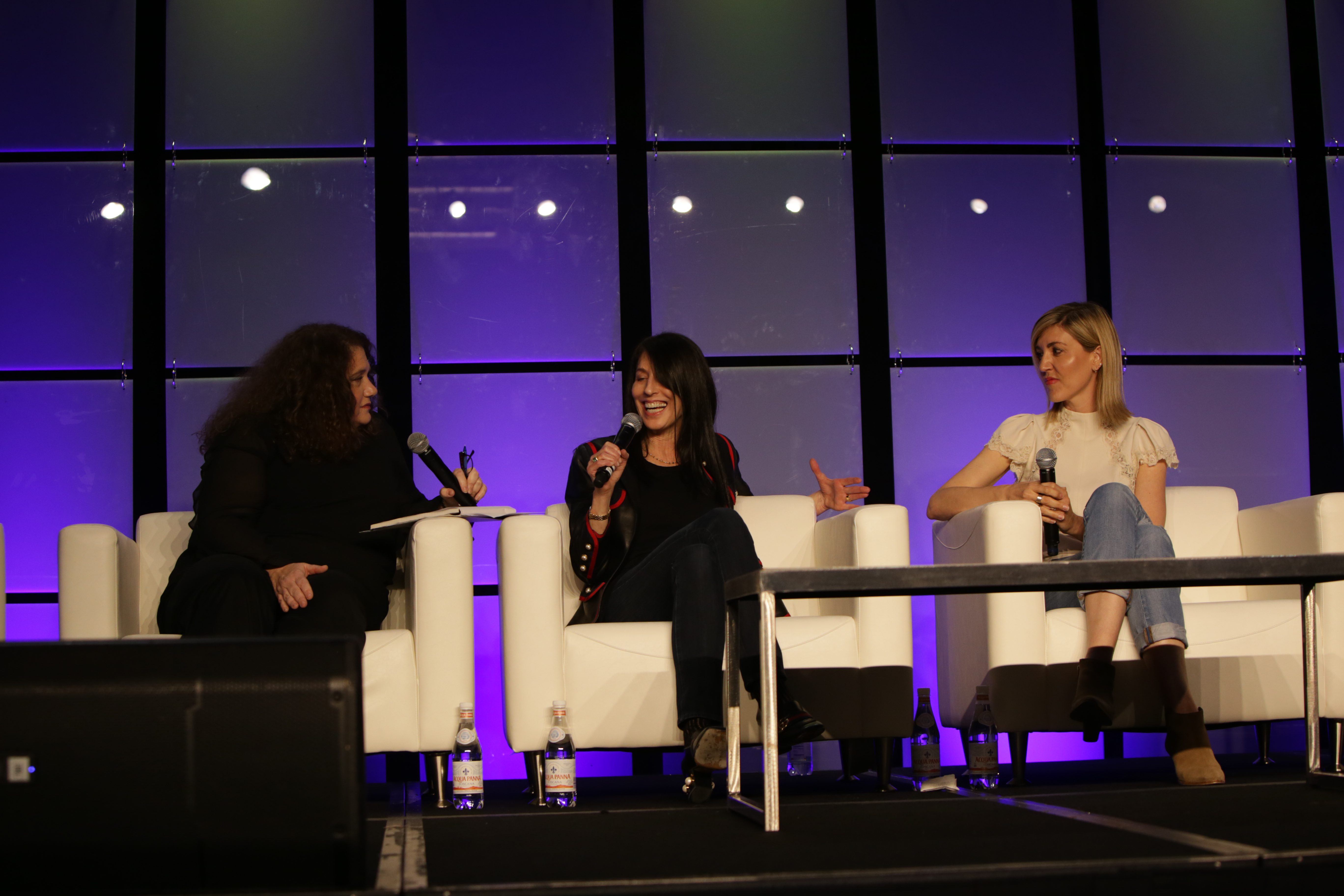 “Nickelodeon back then had a deal with Columbia Records, so every kid back then that was starring in a show automatically had a deal with Columbia. Ariana had a very smart mother, who knew her daughter wanted to be a recording artist more than she wanted to be a TV star. So her mother, very cleverly, had them put in Ariana’s contract that if she didn’t have a song that came out in six months, she was free and clear to walk. Now because she was a co-star on the show, and they couldn’t get the record right for the star of the show, they couldn’t put a record out on Ariana.”

On the suggestion of Monte Lipman, Goldstein visited Ariana and her mother. Grande was soon signed and began a two-year development process.

“We had to stumble on what was going to be her sound. What I learned from hip-hop is that the easiest way to break in is to do something different, and we did. One day it dawned on me that she’s a better R&B singer than she is a pop singer. She’s the new Mariah Carey. We went and made an R&B record. At 16, you are a sponge so the authenticity comes from exposure and learning. I like to think that my taste helped her develop her own taste and she’s taken it and ran with it.”

Goldstein also commented on artists she passed on during her career, including a young Kanye West. “He wasn’t ready yet,” Goldstein recalls of first hearing his music, “and we didn’t have the infrastructure to break him. He needed to have someone like Jay-Z put his arm around him. Part of being a great A&R person is understanding what works at the company you work at, and what we can bring, because one thing I’ve always held true to my heart is that I would never want to sign an artist that we couldn’t deliver for, because there is no greater tragedy in my mind than an artist that never happened because he wasn’t matched to the right situation.” 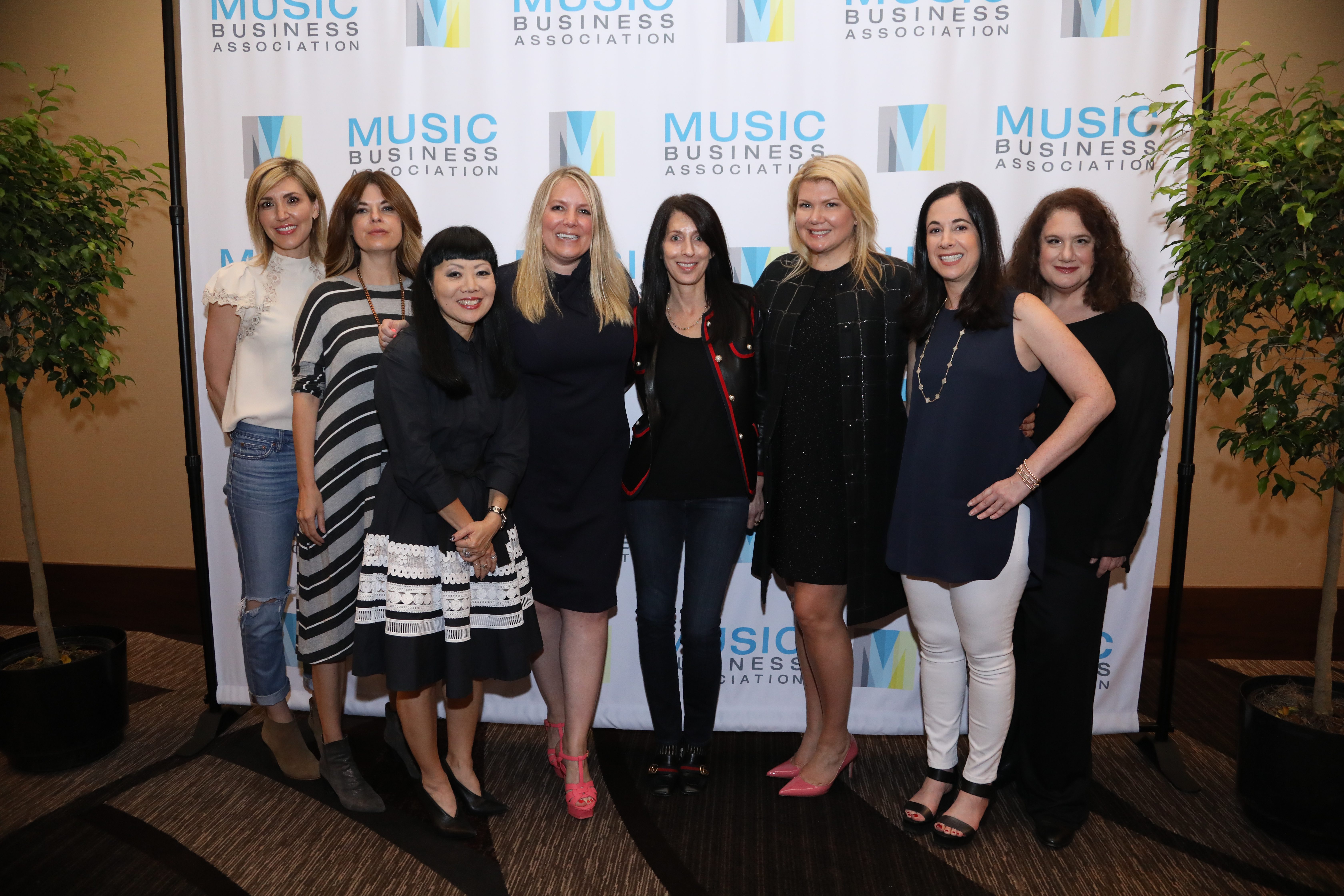 As the session comes in the midst of the #metoo movement, and a heightened awareness of female presence in the upper echelons of the music industry, each woman commented on her experiences working in a male-dominated industry. Allen discussed a situation where she had to insist on having a seat at the table (literally).

“We had a meeting and there were about 18 people in the room. There was me and one other female colleague. We realized the meeting had been going on for about 30 minutes before we were told to arrive. There was literally two folding chairs against the wall. So I go and I stand right next to the agent because I closed this multi-million dollar sponsorship deal. I said, ‘I think we are short two chairs,’ and it was one of these moments where you think this is going to go really good or really bad. At that moment, he stood up and told another person to get up and my colleague and I sat at the head of the table. He got the two folding chairs, brought them over, and asked everyone to scoot down.”

“I think it’s important—I don’t like to be that person who talks all the time, that’s not me—but when a point needs to be made and you need to be at the head of the table and front and center, you find a way to get there,” added Turner. “That is something I had to learn over many years.”

“My story involved a mediocre gentleman from another country,” Tsuchii said. “I was the only female in the room. We started the meeting and halfway through, this man looks at me and says, ‘I want some tea.’” She recounted, drawing gasps from audience members. “I called over my assistant, who is male, and he got the tea.”

Weir, who previously managed Sixpence None The Richer and now manages Maren Morris, added, “If I say no to something, [I’ve seen that] person I’m saying no to will try to go to everyone else to convince me to say yes, or try to figure out a way around it. I’m not that frustrated by it because I know I’m the one who will make the decision and my artist has my back—we make these decisions together, but it happens a lot and it surprises me. That is one thing that I don’t know if it that would happen as much to certain male managers.”

Allen reinforced the importance of female industry members supporting each other.

“One woman lifts up another woman, and then another and another and another,” said Allen, who noted that 80 percent of her staff is female. “We need to lead by example and support one another. There are so many other facets of the music industry where that’s not the case — but when we tear each other down, let me tell you, you don’t want to be on that list. You think this room is small? This music business is small, everyone knows everything that’s going on, and women, more so than ever, are all looking out for one another, whether it’s a job opportunity, an artist signing, a branding deal, anything. It’s an unbelievably inspiring time, and I’ve never been prouder than I am right now to be a woman.”