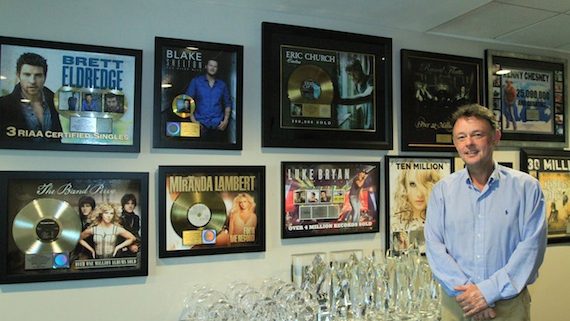 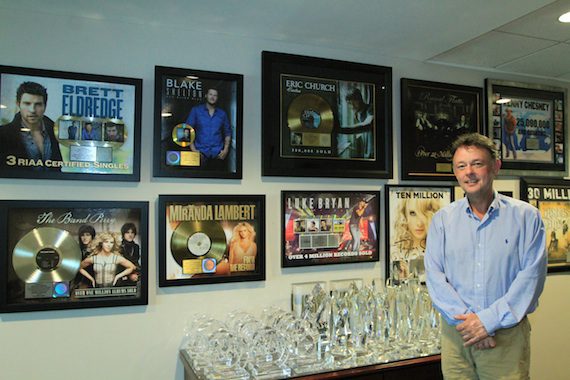 After nearly 25 years at Sony/ATV, Dale Dodson jokes that he’s seen the carpet change three times. Of course, the name on the building has been adjusted quite a few times too, yet Dodson has remained a cornerstone for the publishing company.

A West Virginia native, Dodson worked as a disc jockey before moving to Nashville in 1987. He was hired at the publishing company in 1992 at the request of Donna Hilley, who went on to become president and CEO of Sony/ATV. A knowledgeable country music fan, Dodson was initially assigned to sift through the catalogs of legendary songwriters like Harlan Howard, Hank Cochran, Buck Owens, Red Lane and Curly Putman.

His mission was to find overlooked songs that still sounded like they could get cut, and then try to make it happen by recording a fresh demo. Along the way he befriended these writers and can rattle off anecdotes faster than most industry newcomers can drop names.

He can talk about how Red Lane and Max T. Barnes used to write songs over the phone, sometimes fleshing out verses or choruses provided by Merle Haggard, or that Hank Cochran preferred to write really late at night at home in Goodlettsville while Harlan Howard would show up on Music Row in the mornings and then go have drinks at lunch. 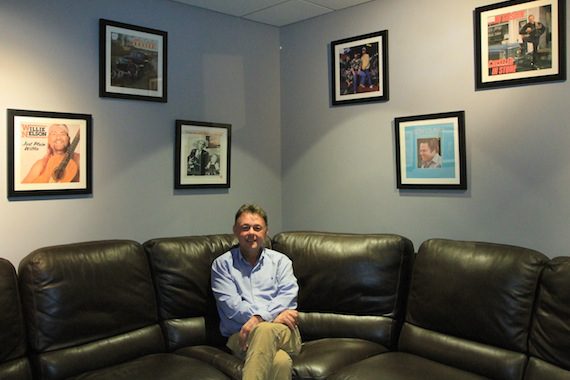 “I love the past, and I love all these guys,” he says, gesturing toward the vintage album covers pasted on the wall. “I’ve got all their records and I’ve got all their boxed sets. I could listen to that stuff forever. But the thing is, I want my phone to ring.”

In the mid 2000s, Dodson — who is a songwriter himself — started working with hot contemporary writers but has since gone back to focusing on the catalog. This time, though, he’s looking for material only two to five years behind the modern day. Along with his employment at Sony/ATV, he’s also a consultant for Carnival Music.

Dodson explains that he spends most of his daily commute listening to catalog. When he finds a hidden gem, he plays it at different times of day to see if it holds up.

Asked what exactly he’s listening for, Dodson answers, “I listen to two different things. I listen for something that tells me something – that makes me either laugh or cry or say, ‘Oooh, what a lyric!’ Then I listen for radio. So when I listen, I’m listening from a different angle. That’s why it takes me some time. With all these catalogs, and all these songs, I want to give everyone the respect as a songwriter.” 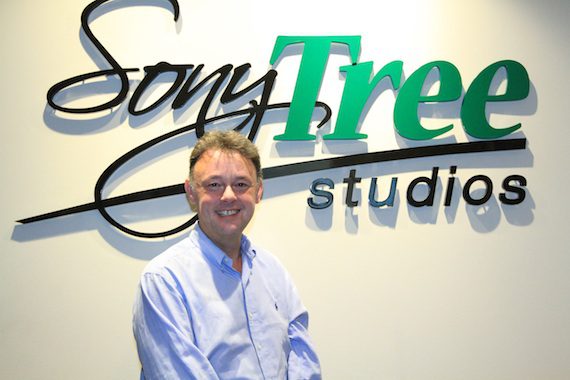 Dodson also sets up writing dates for Carnival songwriters like Scooter Carusoe, Troy Jones or Marla Cannon-Goodman with outside artists and someone who does tracking (commonly known as a track guy). Often he tries to connect at least one person from Carnival and Sony/ATV to make the co-write click. And when it comes to pitching, Dodson says he can go in a couple of directions.

“If you were a producer, or in A&R, or an artist, you’d come in and sit down and I would play you songs. Or I could come to your office and play you three or four. Or we’ll have group meetings where a producer will bring [a Sony/ATV group] in and we’ll go around the room and play a song,” he says. “A company like this is huge and you’ve got to get as much opportunity as possible. But that being said, the best way to do it is to come in with one song at a time. I like that!”

Using that singular tactic, he’s launched an email blast every week called The Dodson Files, where he pitches precisely one song to a select number of people in the industry—or as he refers to them, “the ones who make the town spin.” Although it’s a low-key approach, he’s landed a few cuts. He says he learned the one-off trick from Cochran, who taught Dodson to pay attention to the emotion in the room and react on it. 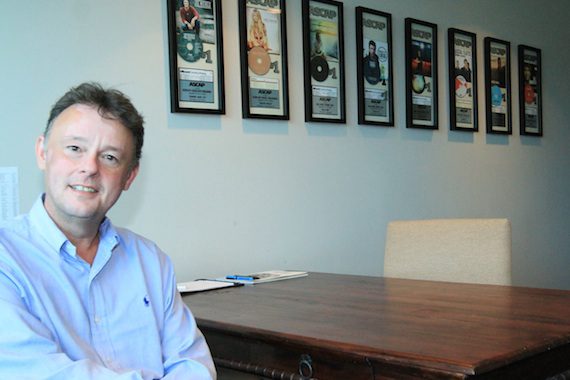 Along with a keen ear for lyrics and melodies, the underrated skills of watching and learning from the masters has served him well. When Dodson arrived in the 1990s, it was understood that you needed to know about country music history before getting into the music business. Today, that quality isn’t as common.

“I wish that there was a little bit more respect,” he says. “Because when I came here, these people we’re talking about—Willie Nelson and Conway Twitty, greats like Billy Sherrill and Chet Atkins, the Bradley family, the Dennys, Fred Foster, Bob Montgomery, Paul Worley, Tony Brown—they were giants. And when you were around them, that’s how you treated them. If you were in the room, you shut up and hope that nothing stupid rolls out of your mouth and learn and watch.”

Naturally, as anyone who’s spent decades in the music industry can attest, the pace has the potential to wear you down. Nonetheless, Dodson says he wants to reach his 40-year milestone at Sony/ATV and continue working with Carnival. He answers quickly when he’s asked about the reward of working in such a temperamental business.

“I love great songs!” he says. “It’s the beginning. If you don’t have a great song, you don’t have an artist. And songwriters! I love writing songs. It’s my outlet but I consider it my second job. Songplugging is my first job because I love songs and I love the deal and I love this game of getting in here and getting songs recorded. And I love, most of all, making songwriters happy.”