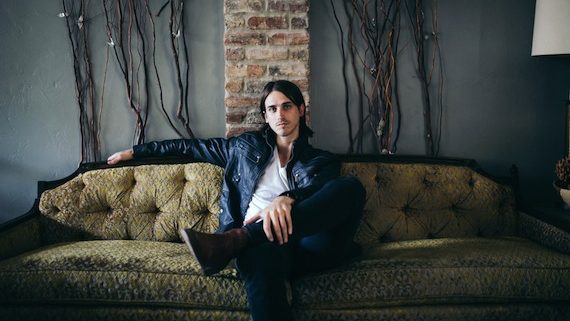 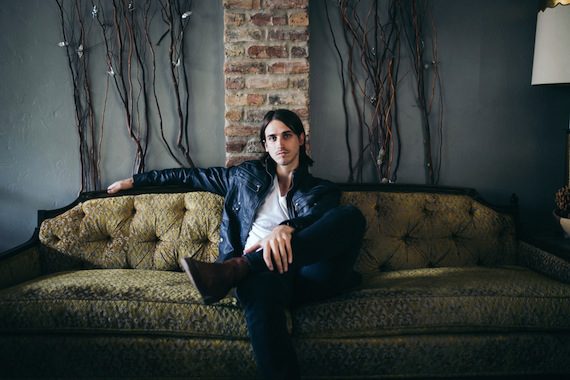 When Troy Cartwright’s lease was up in Dallas, he figured he’d move to Nashville to make his mark as a songwriter. He relocated in May, but had already been coming to town about once a month, getting into writing rooms and adding to his catalog.

After playing a hundred shows a year without an agent or manager, Cartwright secured a new deal with the Nashville office of WME. Through the independent Hard Luck Recording Company, he released a new EP in October called Don’t Fade, with a sonic style that wouldn’t sound out of place in a honky-tonk, a listening room, or music festival.

Over coffee at Edgehill Café, Cartwright chatted with MusicRow about getting his foot in the door, absorbing virtual songwriting lessons from John Prine, and treating songwriting like a real job.

MusicRow: What was that year like coming back and forth from Texas to Nashville? Were you just trying to meet people or break in?

Troy Cartwright: Yeah, I was trying to write. I love to write songs, so I was meeting with publishers. I had some friends hook me up. It was the strangest thing and it’s still strange. You go in there and it’s like a job interview. They’re like, “Play your songs.” You play your songs and they set you up with all the writes, and it was really fun. That’s seems so cool the first time you do it and now it feels a little bit more normal, but it’s still great.

Was that you setting that up or was that someone doing that on your behalf?

Yeah, I was just going out there grinding it myself.

How’d you get the meetings?

One friend of a friend who used to write somewhere would call and tell them, “Hey you should give this guy a meeting.” Another one was through my radio promoter who knew some people and they let me have a meeting and that was it. That’s kind of how my career really started. I didn’t understand that things were hard or didn’t know what “no” was. I always figured it’s worth a try. Somebody tells you no then that’s OK. 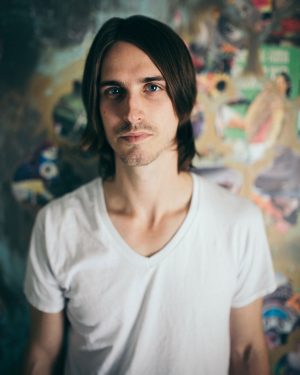 When I was reading up on you, I saw that you like Pete Yorn and John Prine, and I thought, “All right, he’s got good taste in music.” When did you really start listening to songs, like listening to the words and what the messages were?

I think the words definitely came later. When I was growing up, Pete Yorn was one of the first guys I got into because I played acoustic guitar and he played guitar. He was on MTV at the time, but I also really liked rock music at the time because I was an angsty teen. I think as I got older, more in college and really got into the craft of songwriting. That’s when I really started loving guys like John Prine and Robert Earl Keen and stuff because their words and their stories are so compelling.

John Prine is so funny, but also a little dark, and that’s a hard thing to do.

That’s one thing I love about John Prine and Robert Earl Keen as well. A lot of times when they’re singing, they always sound like they’re about to crack up. I find that very endearing.

What were you studying when you went to New York and Boston?

Yeah I went to Berklee College of Music up there in Boston and I always thought I would live in New York. I did an internship in between my junior and senior year of college in New York at a company called RightsFlow, which was like mechanical royalties. I realized that that was not what I wanted to do.

I always thought I would work in the music industry and make contacts and play. Doing that internship, I realized if I want to make a career out of this, I’m going to have to devote my whole being to trying to make it as a musician. It was a tough summer, but I really appreciate that lesson. I probably would have stumbled for a long time before I figured that out. 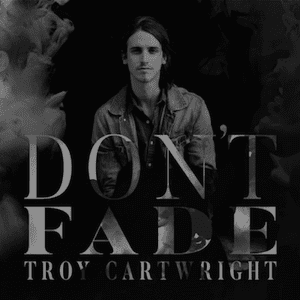 How did you get to make the ends meet to support yourself?

After that summer, I knew I’d to have to figure out a way to make some money because I wasn’t looking for a full-time job. I was singing in weddings and then I was walking dogs in Boston. That was when I started taking songwriting really seriously. I made up a class for myself to study. I would listen to Spotify radio of Robert Earl Keen or John Prine or something like that. I would listen to it all day and star all the songs I liked and try and absorb all of that songwriting knowledge.

I learned those songs and I started writing every day and really taking my vocal lessons a lot more seriously. I think I might have been a late bloomer in that way because some musicians start that process a lot earlier. For me, I was goofing off until my early 20s.

One thing I like about the way you do write is you don’t overwrite. You don’t put a whole bunch of stuff in there. Is that something that’s developed over the last year from being in Nashville or something that you’ve learned?

I’m sure it’s a combination. I believe you have all these inputs—and that’s listening to music or reading books—and you process it as it all goes into this blender that I imagine exists above my head. When I sit down to write, I just press the spigot and try and catch something from what comes out that day. To me it’s magic. Writing songs is magical because I don’t think anyone really knows where it comes from.

Do you have peak hours of creativity?

Yeah. It’s actually very convenient because here in Nashville a lot of the writes start at 10:30 or 11. I wake up around 9 or 9:30. I get my coffee going and I start. When I lived in Texas, I was writing by myself and I needed that structure. Otherwise you just goof off all day. So I would get up and then sit down at 11 and write for a couple hours. I think maybe my brain is trained now to turn it on then.

Yeah it is. When I first started, when I moved to Texas from Boston, I would keep a notebook and write down my hours that I would spend on my music career. I would try and spend 40 hours a week, and I did try to treat it like job. Eventually you just get tired of writing it down and you’re like, “All right, I’m good. I did it.”