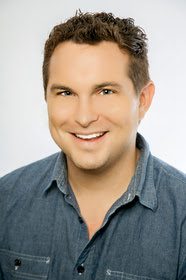 Rare Country, the newly-launched country music and lifestyle website, has tapped longtime entertainment producer and music news correspondent, Hunter Kelly as Senior Correspondent. Based in Nashville, he will assume the new role on Oct. 10. Rare Country is a subsidiary of Cox Media Group’s Rare.us.

Kelly has been with ABC Radio since 2006, working as a correspondent and also as producer of the country music specials. His content was distributed across radio, as well as ABC News’ digital and television outlets. His prior stops include Premiere Radio Networks.

Laurissa Phillips, Chief Creative Officer and General Manager of Rare Country said, “Hunter is a brilliant, highly-respected member of the country music community and we’re thrilled to have him join the Rare Country team. With his distinct personality and depth of experience, Hunter is uniquely positioned to help define and direct Rare Country’s voice as we expand our editorial coverage in new and exciting ways.”

Kelly added, “Country fans are extremely passionate about their favorite artists, and Rare Country is the outlet bringing original and artist-driven social content directly to those fans. Rare’s digital and social audience numbers speak for themselves, offering the country music industry an unprecedented platform for engaging country fans. I am so excited to join the creative and innovative Rare Country team.”

Kelly graduated from the Curb College of Entertainment and Music Business at Nashville’s Belmont University. He is originally from Birmingham, Ala.