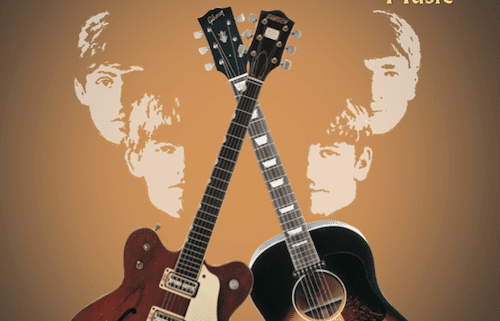 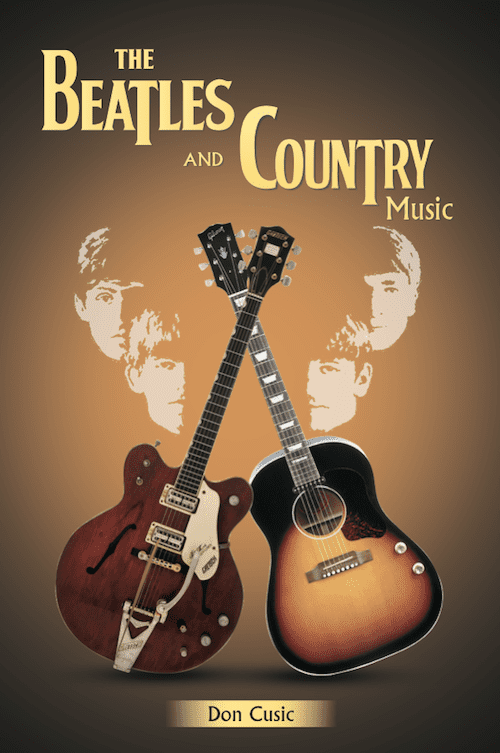 In the book Cusic examines The Beatles’ earliest influences, including skiffle and folk music, as well as early rockabilly influences from Elvis, the Everly Brothers, Bill Haley and Carl Perkins. Early in their career, The Beatles performed country songs in Hamburg and at the Cavern in Liverpool.

When the group first appeared on the Ed Sullivan Show in February 1964, George Harrison was playing a Gretsch guitar—inspired by his love of Chet Atkins, who also played a Gretsch.

Gene Autry was one of Ringo’s biggest musical influences, according to the book. And Ringo sang the Buck Owens hit, “Act Naturally,” on an album by The Beatles. Ringo recorded his 1970 album Beaucoups of Blues in Nashville, which was produced by legendary Music City steel guitarist Pete Drake.

Drake also played on George Harrison’s album, All Things Must Pass and Harrison’s song “Behind That Locked Door.”

Cusic writes about country artists who have recorded Beatles songs, including Chet Atkins, who also played on a McCartney song.

This is the 26th book by Cusic. He has written biographies of Eddy Arnold, Roger Miller, and Gene Autry. Other books include Elvis and Nashville, Baseball and Country Music, and Saved By Song: A History of Gospel and Christian Music.

The Beatles and Country Music is available here.