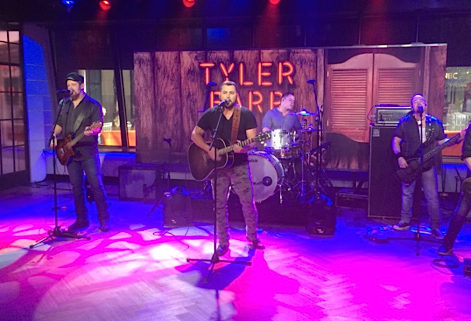 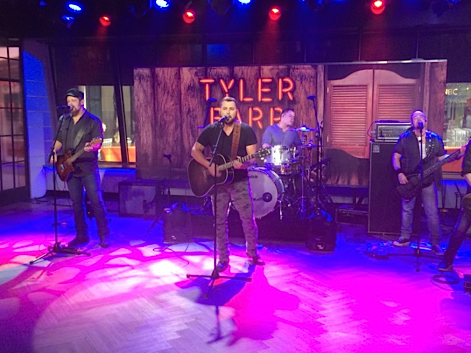 Tyler Farr is in the middle of a jam-packed release week celebrating his new album, Suffer In Peace. The Missouri native performed an intimate concert for CMT’s Listen Up and visited NBC’s Today, where hosts surprised him with a plaque to commemorate the RIAA Gold certification of the album’s lead single “A Guy Walks Into A Bar.” Farr also performed the hit song live in the studio and chatted with hosts—did you know he’s an opera singer? (see video below).

He topped off street day (April 28) with a special album release concert for fans at New York City’s Irving Plaza.

Farr travelled to Detroit and Chicago for more appearances and will finish the week in Austin, Texas, on Saturday, May 2 at the iHeartRadio Country Festival.

For his second album for Columbia Nashville, Farr re-teamed with producers Jim Catino and Julian King who helmed his 2013 debut hit Redneck Crazy. Among the highlights on Suffer In Peace is a duet with Farr’s friend, Jason Aldean.