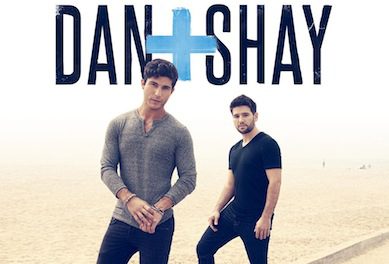 The No. 1 debut by Dan + Shay is today’s (April 9) big sales news. The Warner Bros. release Where It All Began sold 29k, with a strong lead in thanks to single “19 You + Me” which has been downloaded almost 500k times. According to the label, they are the first Country duo to debut at No. 1. Show Dog-Universal artist Josh Thompson also had a solid debut, moving 9.4k.
Broken Bow’s Merle Haggard tribute album Working Man’s Poet (various artists) entered the chart with 4.5k. The Hag was honored at Sunday night’s (April 6) ACM Awards. The show gave a boost to this week’s sales numbers, although next week’s chart will show the full picture.
Co-host Luke Bryan saw a 40 percent bump week-over-week for “Play It Again” (88k). Eric Church’s performance of “Give Me Back My Hometown” gave it a 30 percent increase (41k), and Hunter Hayes’ “Invisible” shot up 46 percent (28k).
Co-host Blake Shelton debuted “My Eyes” ft. Gwen Sebastian, which was downloaded 9.5k.
Among the songs performed that stayed flat week-to-week were FGL ft. Luke Bryan “This Is How We Roll” with 78k, and Keith Urban’s “Cop Car” with 44k.
Another TV-related boost went to Nashville’s Clare Bowen, debuting with 21k of “Black Roses.”
(In related news, Dan + Shay’s chart-topping album marks the third-in-a-row for management home Sandbox Entertainment. Albums released by Sandbox artists Little Big Town and Kacey Musgraves also reached No. 1—this is every album released by its artists since the company’s launch.) Year To Date
Country album sales are down 16.2 percent. The genre has sold 8 million units this year, including 635k this week. This is on par with all-genre album sales, which are down 16.4 percent.
Country track sales are down 18.7 percent, higher than the 13.4 percent down overall.
Overall
The Frozen soundtrack sold 149k this week and is warming up to the 2 million mark.
Pharrell Williams’ “Happy” remains the No. 1 overall track, selling 284k this week and nearing 4 million.
Staying Power
Albums on the chart for more than 30 weeks which are still selling over 5k per week include the current releases by Luke Bryan 16k TW after 35 weeks on the chart, FGL 15k after 70 weeks, Shelton 9.7k after 54 weeks, Jason Aldean 6.8k after 77 weeks, and Kacey Musgraves with 5.7k after 55 weeks. Del Bryant Looks Back at His BMI Legacy