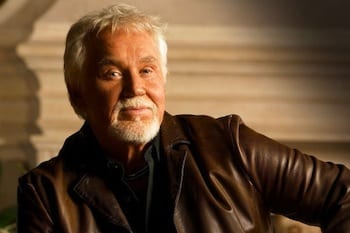 Kenny Rogers has reunited with former longtime label home Warner Bros. Records and is working with award-winning producer Dann Huff on a new album scheduled for release later in 2012.

Rogers made the announcement last night (5/9) during the first of his two sold out Artist-in-Residence performances at the Country Music Hall of Fame and Museum’s Ford Theater.

“I’m looking forward to returning home to Warner Bros. Records after all these years,” he commented. “Our history together, combined with the incredible team that’s in place now, provides the catalyst for a great new relationship going forward.”

Rogers first worked with the label in 1967 when he was part of First Edition and released the hit “Just Dropped In (To See What Condition My Condition Was In).”

“With his unique storytelling ability and soulful voice, Kenny Rogers’ music has touched generations across all musical formats. He has not only had a remarkable career but is truly an American icon,” said John Esposito, President & CEO of Warner Music Nashville. “Warner Music Nashville looks forward to continuing his musical legacy but more importantly, having him back home at Warner Bros. Records.”

Rogers celebrated his 50th year in show business in 2008. During his career he has amassed more than 120 million is worldwide record sales, driven by timeless classics including “The Gambler,” “Lady,” “Lucille,” “She Believes in Me,” “Islands in the Stream,” and “We’ve Got Tonight.”