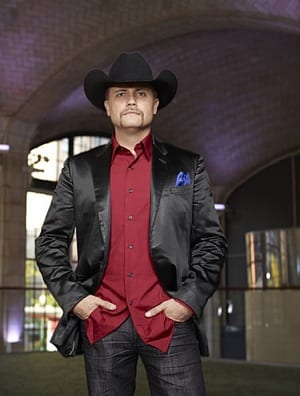 John Rich has made it to the final two contestants on The Celebrity Apprentice, and many observers say he is headed for the win. With perfectly orchestrated timing, he also has two new music releases out today (5/17), and a slew of promotional TV appearances this week. As the show’s season comes to an end, he will be visiting The View, the Today show, Late Night with Jimmy Fallon and CNN’s Piers Morgan Tonight.
The Celebrity Apprentice season finale airs Sun., May 22 on NBC, where Rich is competing against actress Marlee Matlin. The show pits celebs against each other to raise money for charity and Rich is working on behalf of St. Jude.
One of his new Six Pak albums also supports the research hospital. For The Kids pays tribute to the families and friends of St. Jude with a portion of the proceeds benefiting the cause.
Warner Bros. Records is also releasing the more commercial Six Pak, Rich Rocks, featuring lead single “Country Done Come To Town.” Guests on the offering include Kid Rock, Hank Williams Jr. and Lil Jon.
Rich has also re-teamed with former Big & Rich bandmate Big Kenny for a tour and new single, “Fake ID.”