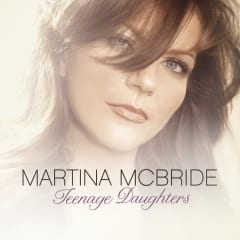 Martina McBride has released her first music since 2009 with new single “Teenage Daughters.” It is the lead single from the superstar’s label debut for Republic Nashville, due out this fall. The song, co-written by McBride and The Warren Brothers, deals with the experiences of both children and parents during the teenage years.
McBride has co-written seven more tracks for her new album. After 18 million career album sales, the upcoming project will be her first on a new label, first working with co-producer Byron Gallimore, and first to have written the majority of the material herself.
McBride, a mother of three daughters, comments, “I love the fact that ‘Teenage Daughters’ blends humor, sass and sweetness. It shows a very real side of my personality that I’m not sure I’ve shown in a song before. It’s definitely a very personal song and, to me, it just feels like an honest conversation between mothers and fathers of teenage daughters everywhere.“ 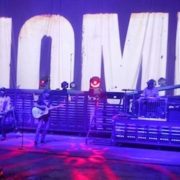