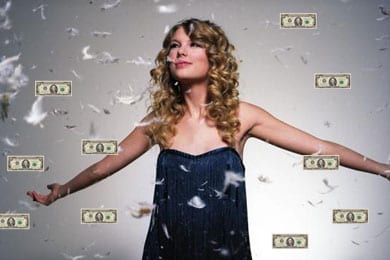 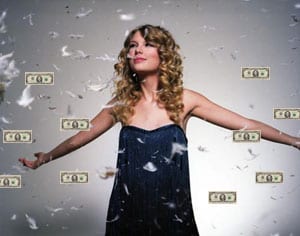 Proving the power of social media, Lady Gaga takes the No. 1 spot, driven by an enormous number of Twitter followers and Facebook fans.
Social media influence and an estimated net income of $45 million helped propel Swift to number seven.
Brad Paisley ranked No. 48 ($40 million), followed by Toby Keith at No. 51 ($50 million) and Tim McGraw at No. 61 ($35 million).
The earnings consist of pretax income between May 1, 2010, and May 1, 2011. Management, agent and attorney fees are not deducted. Forbes has been publishing the list annually since 1999.
More here. 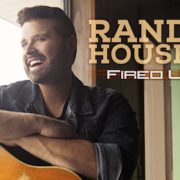 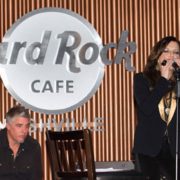 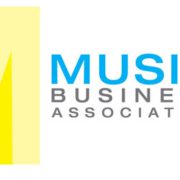 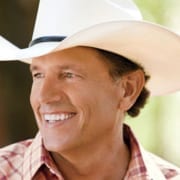