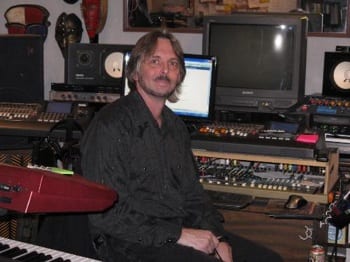 Songwriter Todd Cerney passed away this morning, March 14, after a battle with cancer. The musician, known for hits including “I’ll Still Be Loving You” recorded by Restless Heart, and “Good Morning Beautiful” recorded by Steve Holy, was a much loved member of Nashville’s music community.
Cerney was a Grammy-nominated songwriter, and past winner of ASCAP’s Country Song of the Year Award. Among his writing credits is “No Mercy” by Ty Herndon, as well as cuts by Lynyrd Skynyrd, Etta James, Cheap Trick, The Four Tops / Aretha Franklin, Levon Helm, Jason And The Scorchers, John Anderson, The Whites and many more.
He was diagnosed with stage 4 melanoma last year. Cerney is survived by wife Kip Kirby.
Cerney made a mark on the Nashville music community, as evidenced by the turnout of performers and attendees at a recent concert to help with his medical expenses. The Feb. 28 event staged at the Red Rooster Bar & Music Hall featured Restless Heart, Steve Holy, Bo Bice, Rivers Rutherford, Fred Knobloch, Buzz Cason, Mac Gayden, Peter Noone (Herman’s Hermits) and a 25-year reunion of Nashville cult favorite The Piggys.
A bank account to help with medical costs has been set up at Regions Bank’s Music Row branch. Donations can be made at any Regions branch or can be mailed to: Friends of Todd Cerney Account, Regions Bank, 1600 Division St., Nashville, TN 37203 or call 615-748-2792. Messages can be posted at www.caringbridge.org/visit/toddcerney.
Photos below of Todd Cerney at the No. 1 party for “I’ll Still Be Loving You,” and receiving the ASCAP Song of the Year Award. Photos: Alan Mayor 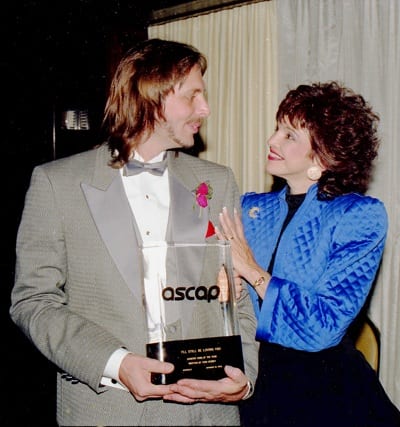 Todd Cerney and wife Kip Kirby on the night he won ASCAP Song of the Year for "I'll Still Be Loving You." 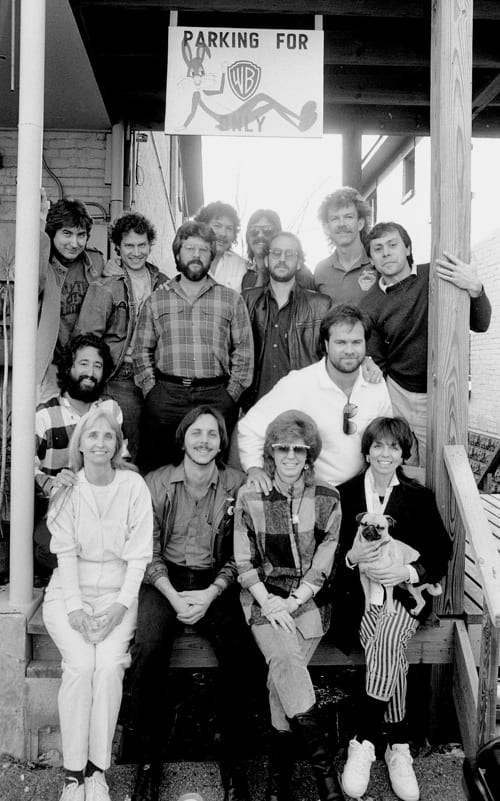 Pictured in 1987: Cerney, front row second from left, at the No. 1 party for "I'll Still Be Loving You," recorded by Restless Heart and co-written by Cerney, Mary Ann Kennedy, Pam Rose, and Pat Bunch. 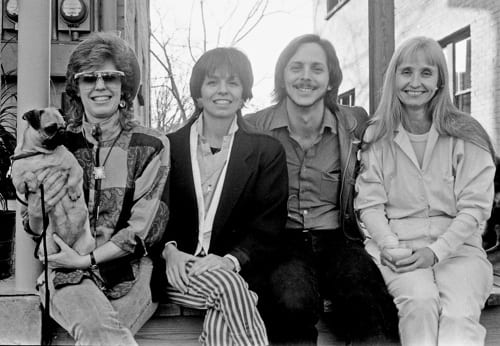